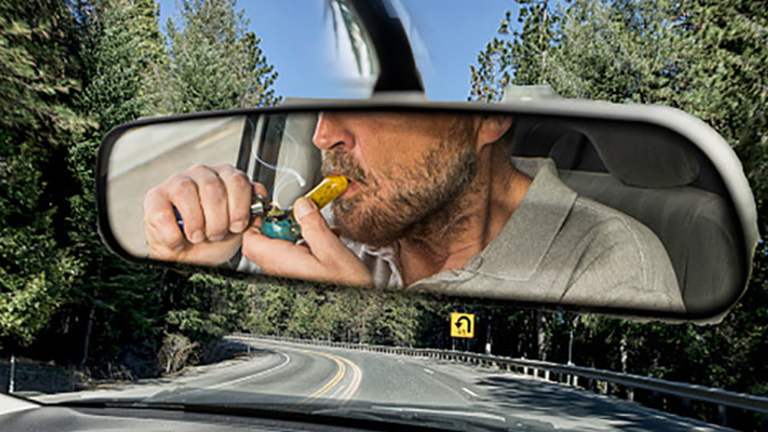 The company is advising its delivery partners — the mom and pops that operate the ubiquitous blue Amazon vans — to prominently advertise that they don’t screen applicants for marijuana use, according to correspondence reviewed by Bloomberg and interviews with four business owners.

Doing so can boost the number of job applicants by as much as 400%, Amazon says in one message, without explaining how it came up with the statistic. Conversely, the company says, screening for marijuana cuts the prospective worker pool by up to 30%.

One delivery partner, who stopped screening applicants at Amazon’s behest, says marijuana was the prevailing reason most people failed drug tests. Now that she’s only testing for drugs like opiates and amphetamines, more drivers pass.

Other delivery companies are continuing to screen applicants, concerned about the insurance and liability implications in the many states where weed use remains illegal. They also worry that ending drug testing might prompt some drivers to toke up before going out on a route.

“If one of my drivers crashes and kills someone and tests positive for marijuana, that’s my problem, not Amazon’s,” said one, who requested anonymity to discuss the issue because Amazon discourages delivery company owners from speaking to the media.

Employers are dangling a variety of recruiting incentives amid the post-pandemic labor crunch since hiring bonuses alone no longer stand out. Target Corp. this month announced it would pay college tuition for its employees. Applebee’s offered free appetizers to applicants in its push to recruit 10,000 workers.

Amazon, which is lobbying the federal government to legalize marijuana, in June announced it would no longer screen applicants for the drug. It wasn’t long before the company began urging its delivery partners to do the same.

In a statement, an Amazon spokeswoman said marijuana testing has disproportionately affected communities of color, stalling job growth. She also said the company has zero tolerance for employees working while impaired.

“If a delivery associate is impaired at work and tests positive post-accident or due to reasonable suspicion, that person would no longer be permitted to perform services for Amazon,” she said.

Hiring and recruiting drivers was a top concern among some 100 delivery business owners gathered this week in Las Vegas to brainstorm ideas to help their companies thrive. With the busy holiday shopping season looming, they’re struggling to stand out in the tight labor market. Amazon delivery contractors are often outbid by school bus companies, where drivers can make more than $20 an hour and are home for dinner. Amazon contract drivers typically earn $17 an hour and often work late into the night to keep up with demand.

One solution is to raise their wages. But that can happen only if Amazon agrees to pay its delivery partners more for their services, which the company can be slow to do.