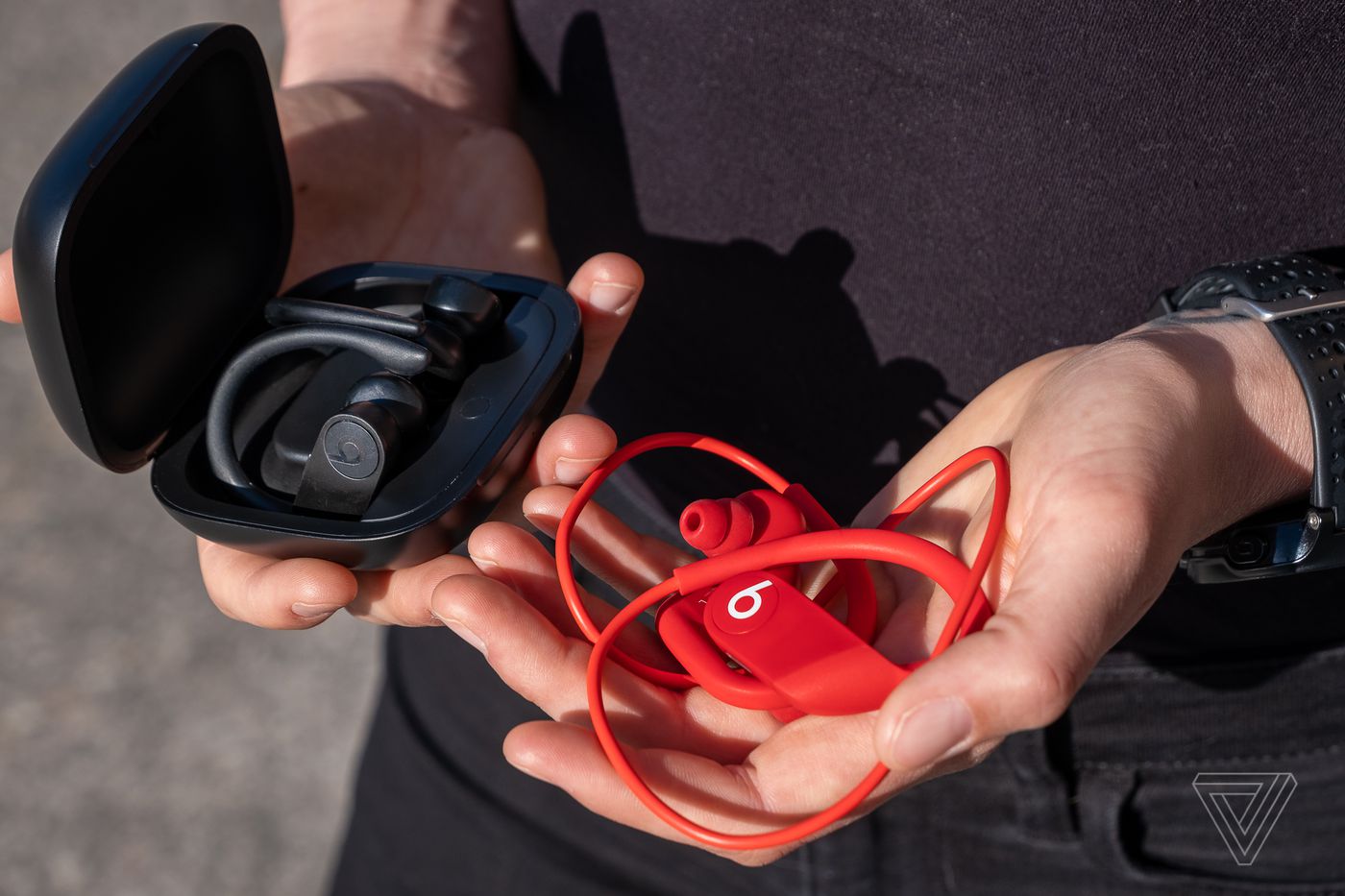 Before Beats introduced its first true wireless earbuds last year, the Powerbeats Pro, the Apple-owned company’s regular Powerbeats had been a popular go-to for runners and gym-goers. But they got left behind as Beats put its focus on the long-awaited Pros, which trounced the AirPods in audio quality and battery life and were better cut out for fitness activities.

Now, Beats has taken a lot of the ingredients from the Pros and put them in the newPowerbeats. (Turns out these aren’t actually called the Powerbeats 4.) They retain the neckband design from prior models, which some people prefer over having no wire at all. They also have improved battery life, better water and sweat resistance, and deliver the same sound as the Powerbeats Pro.

The Powerbeats take after the Pros in terms of design, with the two sharing extremely similar earpiece housings and adjustable ear loops. Beats includes four sets of ear tips in the box, and while I found a good seal with the largest pair, remember that the Powerbeats are meant to let in a bit of external noise so you can maintain situational awareness when using them outdoors. There’s no need for an ambient sound mode like some earbuds have; you can hear the outside world — not nearly to the same annoying degree as AirPods, mind you — even when these are fully snug and secure. As a result, they lack any active noise cancellation feature, which is more forgivable in fitness earbuds (and at this price point).

Unlike the Powerbeats 3, Beats has chosen to route the cable connecting both earbuds down from the ear loop and behind the ear, which makes for a more balanced feel and helps prevent the Powerbeats from getting in your way during strenuous activity. The neckband is also now rounded instead of flat, so it shouldn’t uncomfortably stick to / rub against your neck during sweaty runs.

A friend of mine who modeled the Powerbeats in these photos is an elite runner (compared to me, at least) who has completed multiple ultra marathons including a 100K. She takes into consideration anything that might rub against her skin or cause raw marks over a multi-hour run. The Powerbeats Pro eliminate this drawback entirely, but Beats has also tried to address it here with a smarter design.

Since you can use them individually, the Powerbeats Pro wisely have identical physical controls on each earbud (the “b” button and a volume rocker). But the regular Powerbeats do things differently on each side. Only the right-side “b” button works for pausing music, changing tracks, or activating Siri; the left one isn’t a button on these. The volume controls are on the right as well, with a power button — something that doesn’t exist on the Pros (since they power on automatically) — on the left-side bridge.