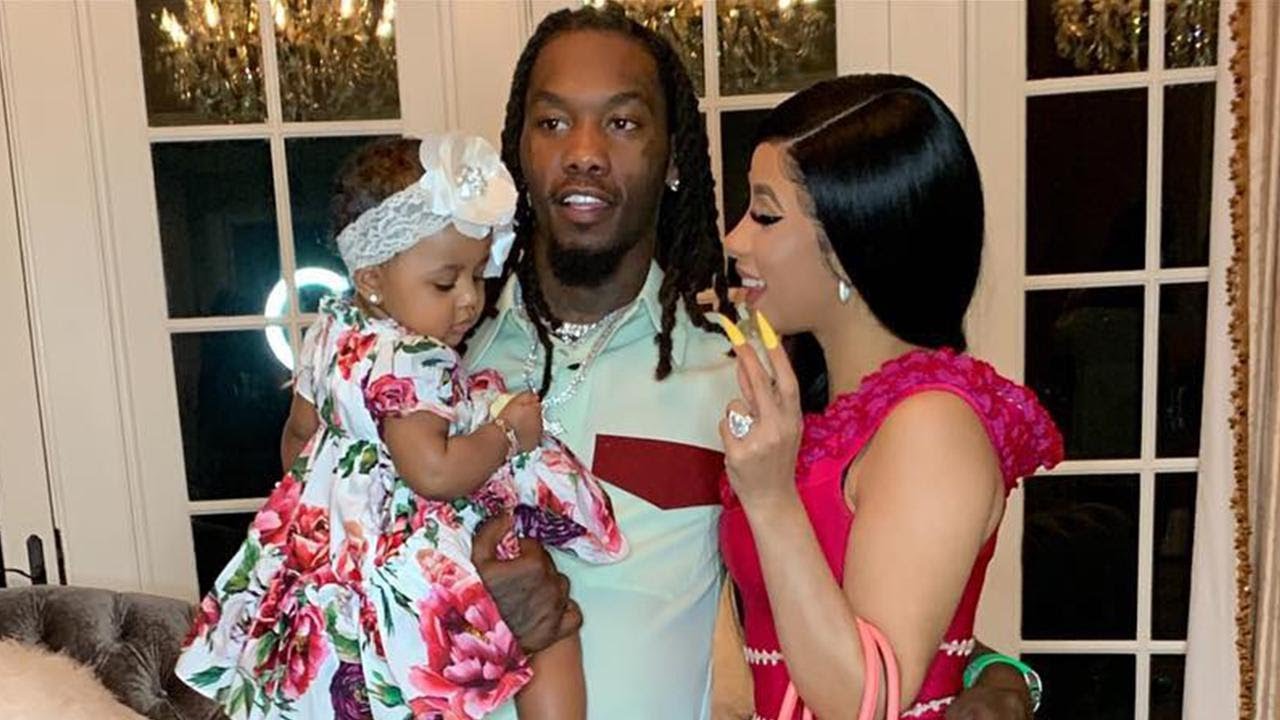 Cardi B was understandably hurt and angry this week because people were calling Kulture, her 3-year-old daughter, names and posting hateful comments on the little girl’s Instagram account. In response, the rapper made the “KultureKiari” account, with its 2.3 million followers, private, according to a report.

But the situation begs some questions: Why does Cardi’s 3-year-old have her own Instagram account? And what was the rapper thinking in setting up an account that’s devoted to sharing photos and information about her little girl.

In recent years, there has been growing awareness in academic, legal and tech circles about the hazards of children being on social media, as well as the practice of “sharenting.” That’s when parents share photos and private information about their children on the internet. Sharenting could probably cover social media savvy celebrity parents like Cardi B or Kim Kardashian, who set up Instagram or TikTok accounts for and about their children that can be potentially viewed by millions of strangers.

As Cardi learned, children of famous entertainers, politicians, sports stars and social media influencers can become targets of criticism that’s cruel, public, widespread and psychologically harmful. That seems to especially be the case if the children have parents who push them out into the world to become public figures, as Cardi was doing with her daughter’s Instagram page.

Yes, it’s terrible that we live in a time and culture when mean-spirited people feel free to go online and say whatever they want about a child’s looks or behavior, but that’s one reason why many celebrities are fiercely protective of their children’s privacy. They limit their children’s appearances in public, don’t talk much about them in interviews and never post photos or information about them on social media.

The account is said to be managed by Kulture’s “mommy.” Cardi mostly used it to post cute photos of her with her daughter, showing the two looking sweet and stylish together in coordinated pink outfits, sometimes holding designer accessories, the Daily Mail said.

It looks like Cardi wasn’t paying close enough attention to her mommy manager duties. In a since-deleted tweet, the singer admitted that she hadn’t been monitoring the account too closely, according to the Daily Mail.

“Haven’t been checking my daughter account but now I’m going to lock her page,” the mom-of-two wrote. She also lashed out against the trolls and critics. “I don’t know wtf is going on but I hope y’all moms die for giving birth to you hoe (expletive) weirdos.”

That the internet is full of trolls, bullies and “weirdos” is a reality that Cardi knows extremely well. Last month, she won a high-profile federal libel case against a blogger who defamed her by claiming that she worked as a prostitute and had contracted STDs. In her court testimony and in a statement, Cardi said these “vile, disgusting and completely false narratives” left her feeling suicidal.

Cardi no doubt adores her daughter. Perhaps like non-famous parents, she hoped that sharing photos of her daughter on social media would be a fun way to show her love and pride. She may have even thought that setting up a dedicated Instagram account for her daughter would add to the fun.

But Cardi isn’t like most other parents. She’s a world famous rapper with 123 million followers on Instagram and 21 million on Twitter. With her P.R. savvy, Cardi also must have realized the potential commercial opportunities from her cute mother-daughter posts: The photos don’t just express pride; they allow her to burnish her brand and potentially attract companies to pay her and her daughter to promote their clothing and luxury goods.

It’s fair to wonder whether Cardi hoped one day to take a page from Beyonce and Kylie Jenner’s book. Both the singer and the reality TV star have found ways to successfully use their children’s names and identities to launch successful clothing lines.

Celebrity and mom influencers who engage in what one expert calls “commercial sharenting” can put added pressure on children. In an earlier interview with the Bay Area News Group, Leah Plunkett, a University of New Hampshire law professor and author of the book “Sharentood,” said that these children may go about their lives always expecting to be posed or recorded. They essentially must play “versions of themselves” for an audience of thousands or even millions of strangers.

Certainly, parents have a fundamental right to direct the care of their children and to choose what to post about them online, Plunkett and other experts say, but young children can’t be reasonably expected to give consent for what their parents share about them online, which raises concerns about the children’s autonomy and privacy.

They’re also too young to understand the consequences of having a large social media presence, experts say. And as Cardi B apparently has just discovered, one of those consequences is that, like adults, they can become targets of vicious criticism and cyberbullying.