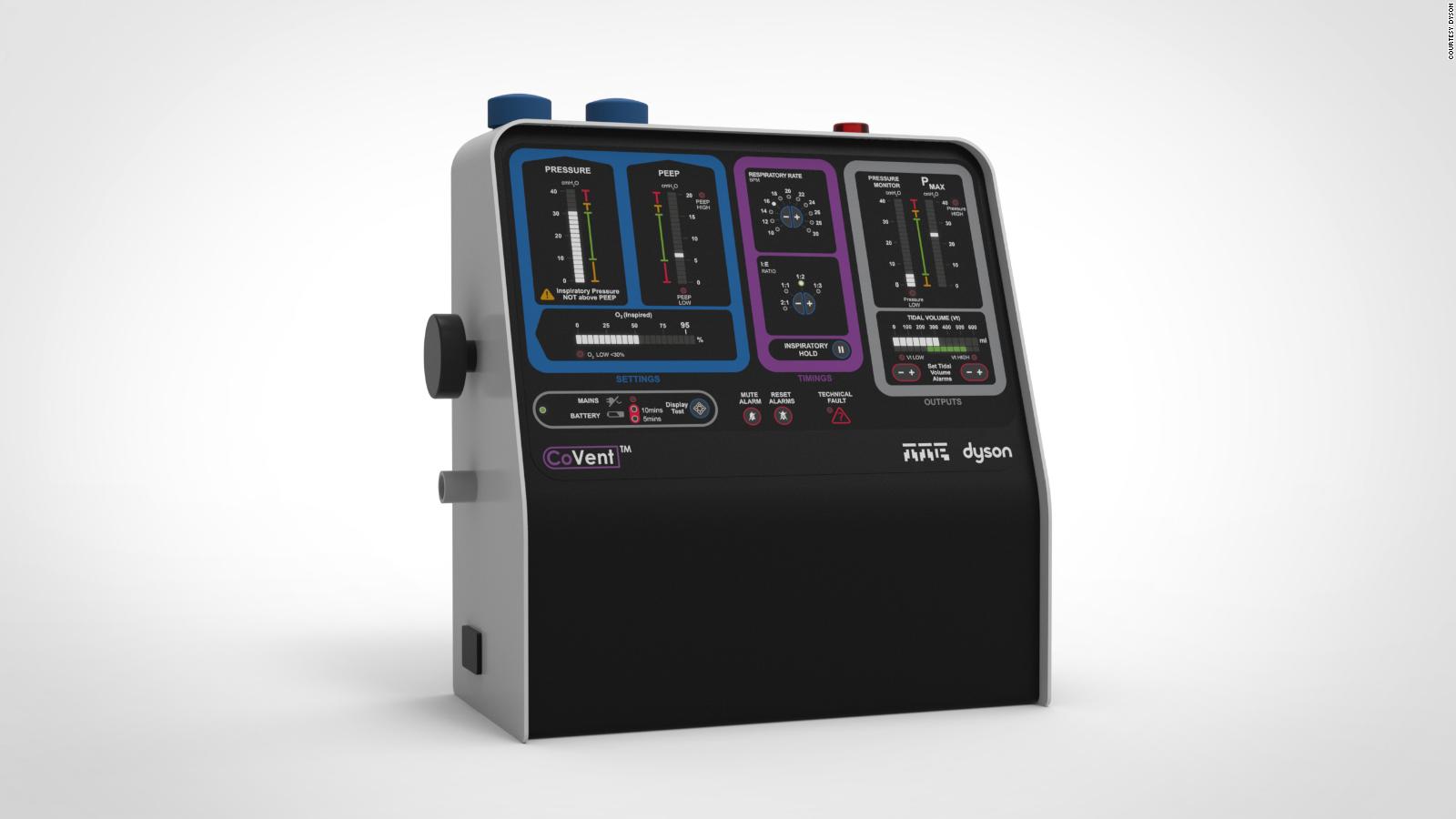 Dyson has received an order from the UK government for 10,000 ventilators to support efforts by the country’s National Health Service to treat coronavirus patients.

James Dyson, the company’s billionaire founder, confirmed the order in a letter to employees shared with CNN on Wednesday.

“A ventilator supports a patient who is no longer able to maintain their own airways, but sadly there is currently a significant shortage, both in the UK and other countries around the world,” Dyson wrote.

Dyson said the company had designed and built an entirely new ventilator, called the “CoVent,” since he received a call 10 days ago from UK Prime Minister Boris Johnson.

“This new device can be manufactured quickly, efficiently and at volume,” Dyson added, saying that the new ventilator has been designed to “address the specific needs” of coronavirus patients.

A spokesperson for the company, which is best known for its vacuum cleaners and hand dryers, said the ventilators would be ready by early April. Dyson, who has wealth worth $10 billion according to Bloomberg, wrote in his letter that he would also donate 5,000 units to the international effort to tackle the pandemic.

“The core challenge was how to design and deliver a new, sophisticated medical product in volume and in an extremely short space of time,” he added. “The race is now on to get it into production.”

Healthcare workers in many parts of the world are having trouble enough critical supplies, such as masks, gloves and ventilators, to deal with the influx of patients suffering from the highly contagious virus.

In the United States, Ford has announced that it’s working with 3M and GE Healthcare to produce medical equipment including ventilators and protective gear. GM and Tesla have also pledged to make ventilators.