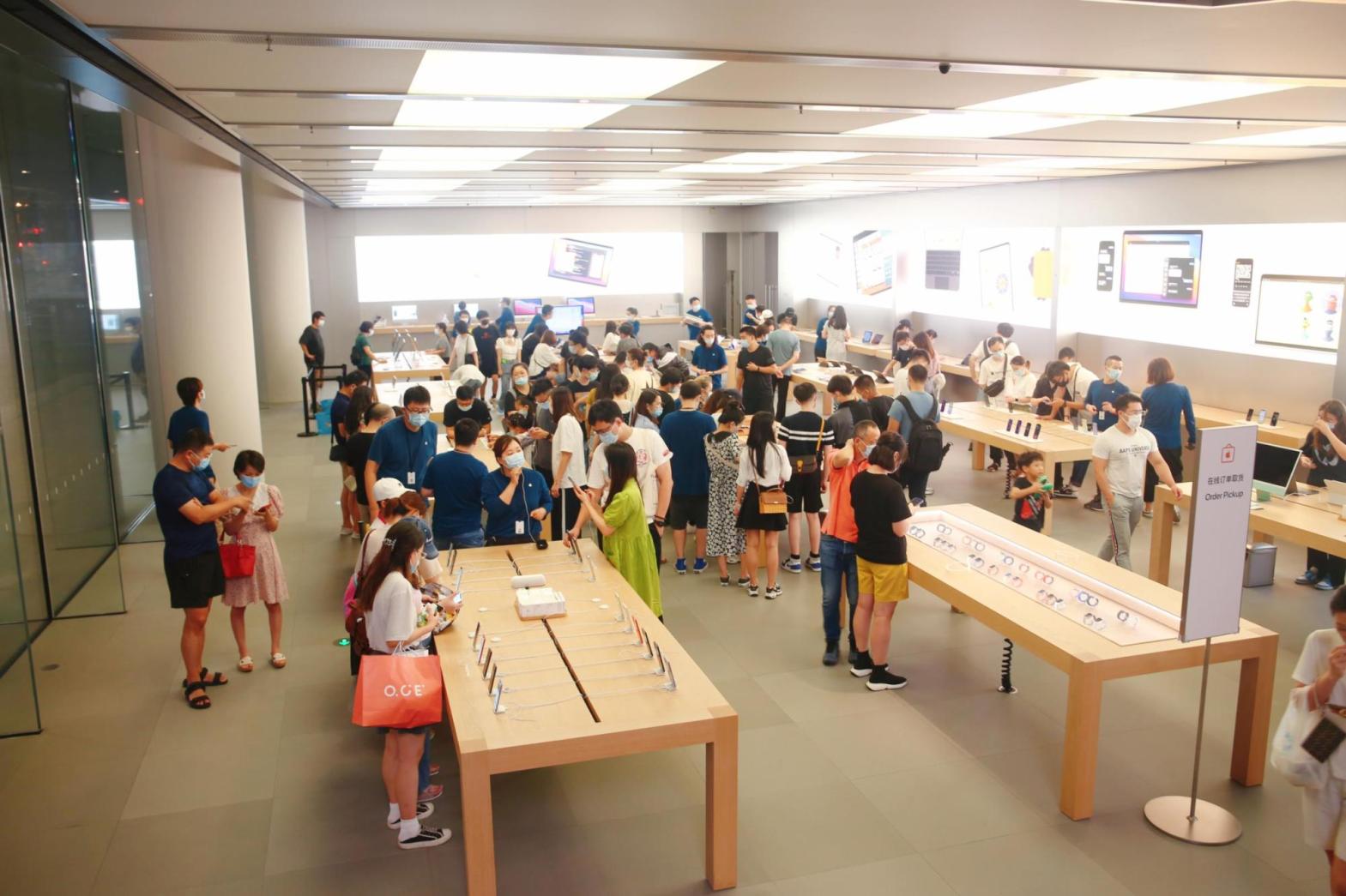 Last week, the company showed off its latest devices — the iPhone 13 mini, the iPhone 13, the iPhone 13 Pro and iPhone 13 Pro Max, as well as a new iPad, iPad mini and Apple Watch — at a closely-watched media event. Not long after iPhone pre-orders went live three days later, estimated arrival times for some models slipped to October or November. (The Apple Watch is not yet available for purchase.)

The new iPhones don’t include any groundbreaking design changes or features, at least compared to last year’s 5G announcement. But they do include better cameras, a longer-lasting battery and faster processing. Other additions include a massive storage option for the Pro models (1 terabyte), a new Portrait mode for shooting videos.

The updated iPad line, which is also available in stores, includes a faster processor, a new 12 MP ultrawide camera — which uses machine learning to adjust the front-facing camera during FaceTime video calls — and supports a True Tone feature that adjusts the screen’s brightness to ambient lighting.

The stakes are high for Apple heading into Friday’s launch. The iPhone, specifically, continues to be a major revenue driver for the company and remains central to its ecosystem of products. The releases also come amid some uncertainty: A US judge recently ruled that Apple can no longer prohibit app developers from directing users to payment options outside the App Store. The company is facing antitrust scrutiny from regulators in the US and abroad, and Apple recently confronted weeks of controversy for its approach to combating child exploitation.

While it’s common for Apple shipments to be delayed during product launch cycles, shortages in the supply chain could impact how quickly they get into customer hands.

“This is going to be a real test of supply and demand for Apple,” said Ramon Llamas, a director at market research firm IDC. “With the advent of the first 5G phone last year and the launch of an iPhone SE, Apple was very well positioned to capitalize on upgrades. This year, the upgrade cycle may be more muted than last year, and that works in Apple’s favor should it experience supply issues.”

Apple kept its iPhone prices mostly in line with last year’s models, despite rumors they’d be priced higher than ever because of current issues with the chip supply chain. The Pro and Pro Max start at $999 and $1,099, respectively. (The iPhone Pro Max with one terabyte of storage costs $1,599.) The phones come in graphite, gold, silver and sierra blue.

For people willing to trade in their existing iPhones and commit to a wireless plan for the next few years, the discounts are jaw dropping — some of which include a free device. The catch, however, is that users will need to trade in relatively new devices, and trade-in programs typically ties customers to a long contract that can include high-priced data plans.

The full-size iPad costs $329 for 64 GB storage — double the storage that typically ships on an entry-level iPad. For schools, the device costs $299. The iPad mini starts at $499.

The new Apple Watch Series 7 smartwatch, which features a slimmer design with a wider screen, will be available later this fall, starting at $399.

“Apple said that it would come out later this fall, so that’s between now and late December,” Llamas said. “That could be an area where there will be supply issues.”