YouTube, Zoom and kids: Working at home in the coronavirus age 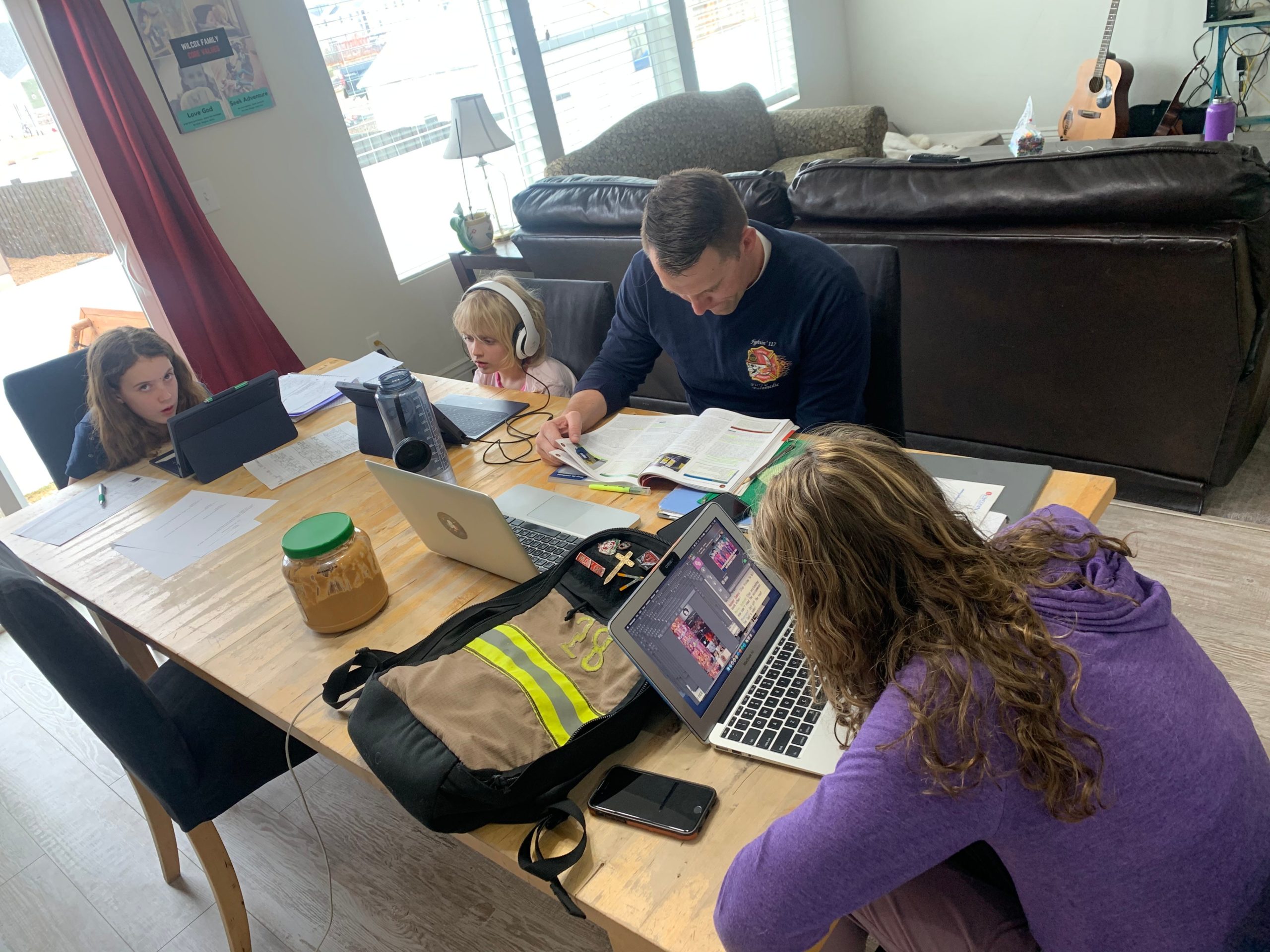 Mike Tyson, the one-time heavyweight boxing champ, was known for turning a colorful phrase almost as much as he was for his dominance in the ring. And one thing Iron Mike said really struck me as prophetic during these early days of living in the age of coronavirus:

“Everybody has a plan until they get punched in the mouth.”

The plan for most Bay Area parents back on March 12 was to send our kids to school the next day, a Friday. Then word came down that school would close on March 16 due to the coronavirus pandemic — and they wouldn’t reopen until at least April 6. We didn’t even make it through the end of March before that closure was extended to May 1.

My wife, a Hayward school teacher, and I began to prep ourselves for several weeks of working at home, hopefully without needing to break into the liquor cabinet too many times during this unexpected period of 24/7 close-quarter contact with our kids. We love them, of course, but they can swing from “Brady Bunch”-style best-friend closeness to fighting like two wet cats in a bag in the time it takes to crack a single beer open.

And speaking of that beer, I needed one after Bay Area counties announced a shelter-in-place closure that same Monday. With that, social distancing — another new phrase no one will forget — became the law of the land.

But anyone with kids knows that social distancing doesn’t exactly exist when you are working at home. Kids always find a way to cut down on that distance by barging in while you work. My daughters actually got into a fight over a pair of socks last week. Thankfully, no one was doing their social-distancing walk by our house, because they would have thought our school’s at-home lesson plan included waterboarding.

Our kids’ teachers have made up lesson plans during this break away from the classroom. But I have to be honest, our kids have spent more time watching YouTube and playing with our cats than reading “Because of Winn-Dixie” or working on a report about the flora and fauna of the Marin Headands. (I think our daughter wrote something about wild turkeys, but she could have done a paper on the nation of Turkey, for all I know).

Still, this semi-isolation has had its benefits. Were it not for the current situation, I don’t know if I ever would have learned how to set up a Zoom meeting for eight 9-year-old girls, or found the earplugs necessary to make it through the gathering’s volume level. And I have to credit my 11-year-old daughter for introducing me to YouTuber Mark Rober, and the science behind such projects as dropping a car off a trampoline. (The secret: really long springs and a lot of Kevlar). Also, I might have a second career as a hair stylist ahead of me, as evidenced by the streak of pink coloring I got to apply to our 9-year-old’s blonde locks.

My plans for the next few weeks are simple: Just try to get some work done. And do it with a fresh set of ear plugs in, and my eyes open for that inevitable next punch in the mouth.