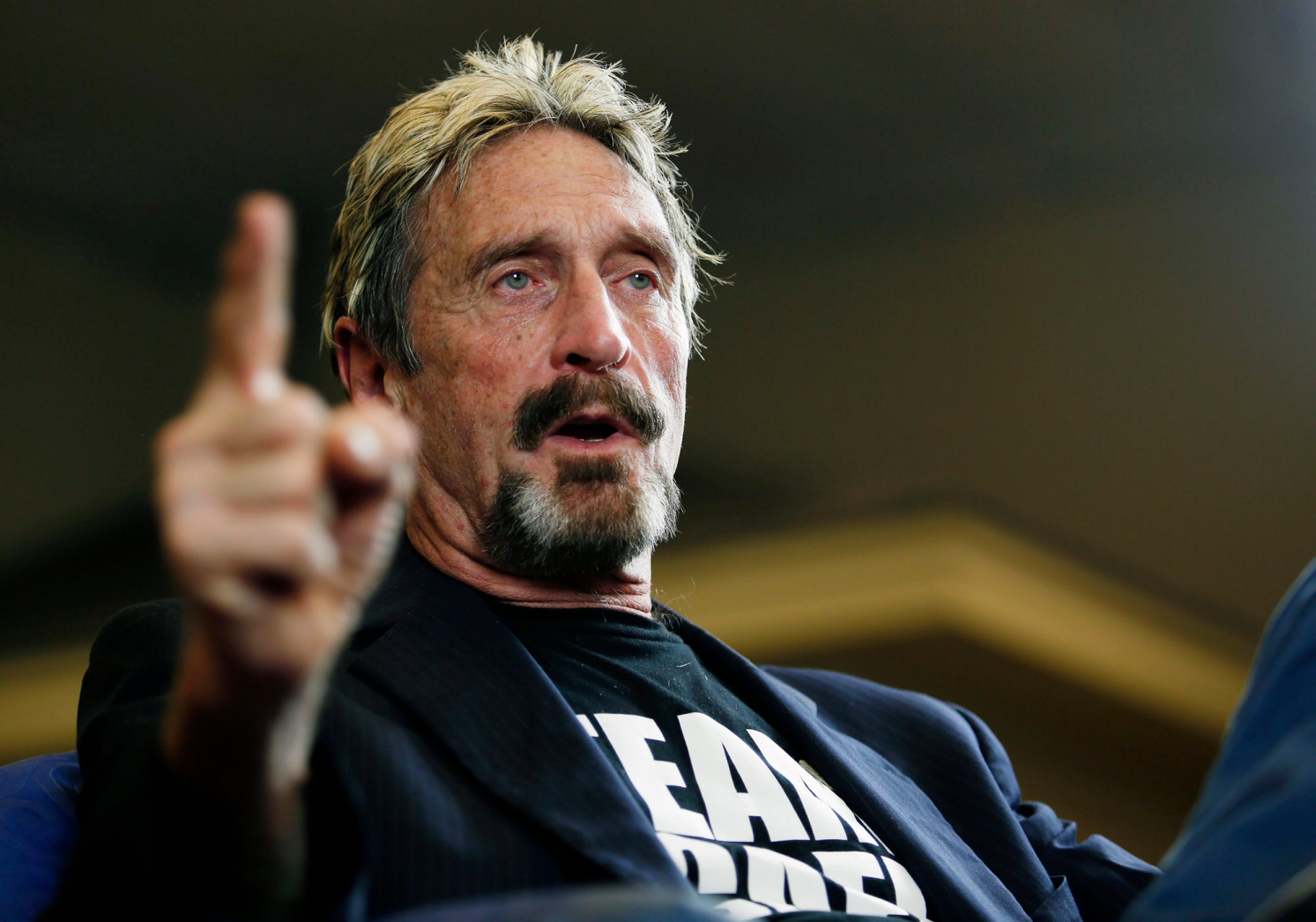 Spain’s National Court has approved the extradition of antivirus software entrepreneur John McAfee to the United States, where he is wanted on tax-related criminal charges that carry a prison sentence of up to 30 years.

The decision can be appealed and the final extradition will need to be approved by the Spanish Cabinet.

McAfee, 75, allegedly failed to file his taxes for four years despite earning millions in income between 2014 and 2018 from promoting cryptocurrencies, consulting work, speaking engagements and selling the rights to his life story for a documentary, according to the indictment filed in the U.S. District Court for the Western District of Tennessee.

The entrepreneur was arrested in October at Barcelona’s international airport. A judge ordered at that time that McAfee should be held in jail while awaiting the outcome of a hearing on extradition.

In a hearing held via videolink earlier this month, McAfee argued that the charges against him were politically motivated and said he would spend the rest of his life in prison if he was returned to the U.S.

The founder of Santa Clara-based McAfee Associates, he became a multimillionaire through his pioneering antivirus software. In recent years, he has embarked on a string of eccentric and sometimes shady pursuits.

In November 2012, he fled his beachfront compound in Belize as a “person of interest” in the shooting death of his neighbor. He has not been prosecuted in that case, though he faces a civil wrongful-death lawsuit.

In 2016, he sought the Libertarian presidential nomination and lost out to Gary Johnson.

In July 2019, McAfee was released from detention in the Dominican Republic after he and five others were suspected of traveling on a yacht carrying high-caliber weapons, ammunition and military-style gear, officials on the Caribbean island said at the time.