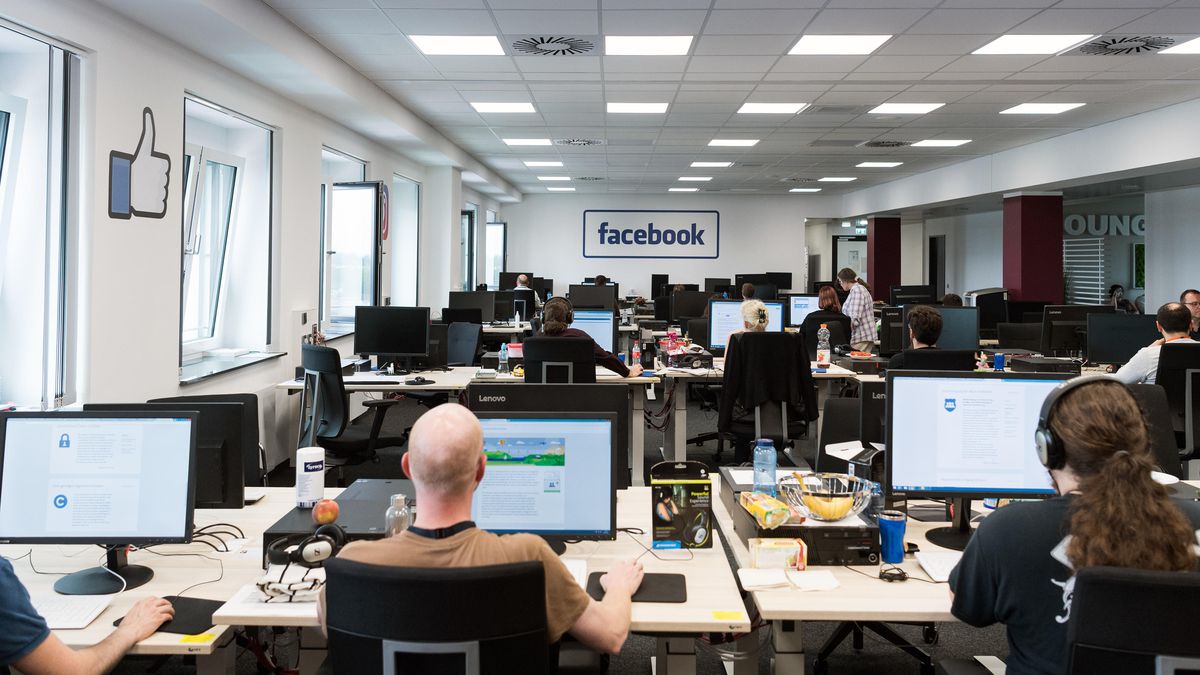 On a call with reporters, Facebook’s chief Mark Zuckerberg said the contract workers would still get their full salaries even if they were unable to do all their normal tasks.

The company will also increase use of artificial intelligence to moderate content during the coronavirus crisis.

Mr Zuckerberg said its work-from-home policy would last until the “public health response has been sufficient”.

But one workers’ rights group said Facebook’s move did not go far enough.

“It’s great that they are letting them work from home, but it seems like the bare minimum Facebook could do,” said Joe Rivano Barros a campaign manager with the Workers Agency.

He noted the contract workers are not getting bonus payments, unlike those directly employed by the tech firm.

They review posts that have been flagged by users or the firm’s own software to determine if the content is inappropriate or harmful.

Mr Zuckerberg said that privacy concerns meant that some data could not be shared with the contractors when they are working away from base, although he did not specify the details.

He acknowledged, however, that this could lead to some content slipping through the cracks that would normally be deleted.

He added some decisions about the most sensitive topics – including content involving self-harm and suicide – would be taken over by Facebook’s full-time staff because the infrastructure was not in place to support the mental health repercussions of the contractors dealing with the posts.

He said there might be more of this type of content as a result of people being told to go into self-isolation because of the pandemic.

“I am personally quite worried that the isolation from people being at home could potentially lead to to more depression or mental health issues, and I want to make sure that we are ahead of that supporting our community,” he said.

Facebook has been working on algorithms for several years to automatically spot and remove content that violates its policies.

However, earlier this week the limitations of the scheme were highlighted when a large number of legitimate coronavirus posts were wrongly flagged and removed from view – something the firm blamed on a spam-filter bug.

Mr Rivano Barros said the increased use of AI was a worrying signal to contract workers, who fear it will ultimately replace them.

Facebook announced on Tuesday it would also be creating a $100m (£86m) grant programme to support small businesses impacted by the outbreak.

Additionally the company is giving all its full-time staff a $1,000 bonus to help support them during this time.