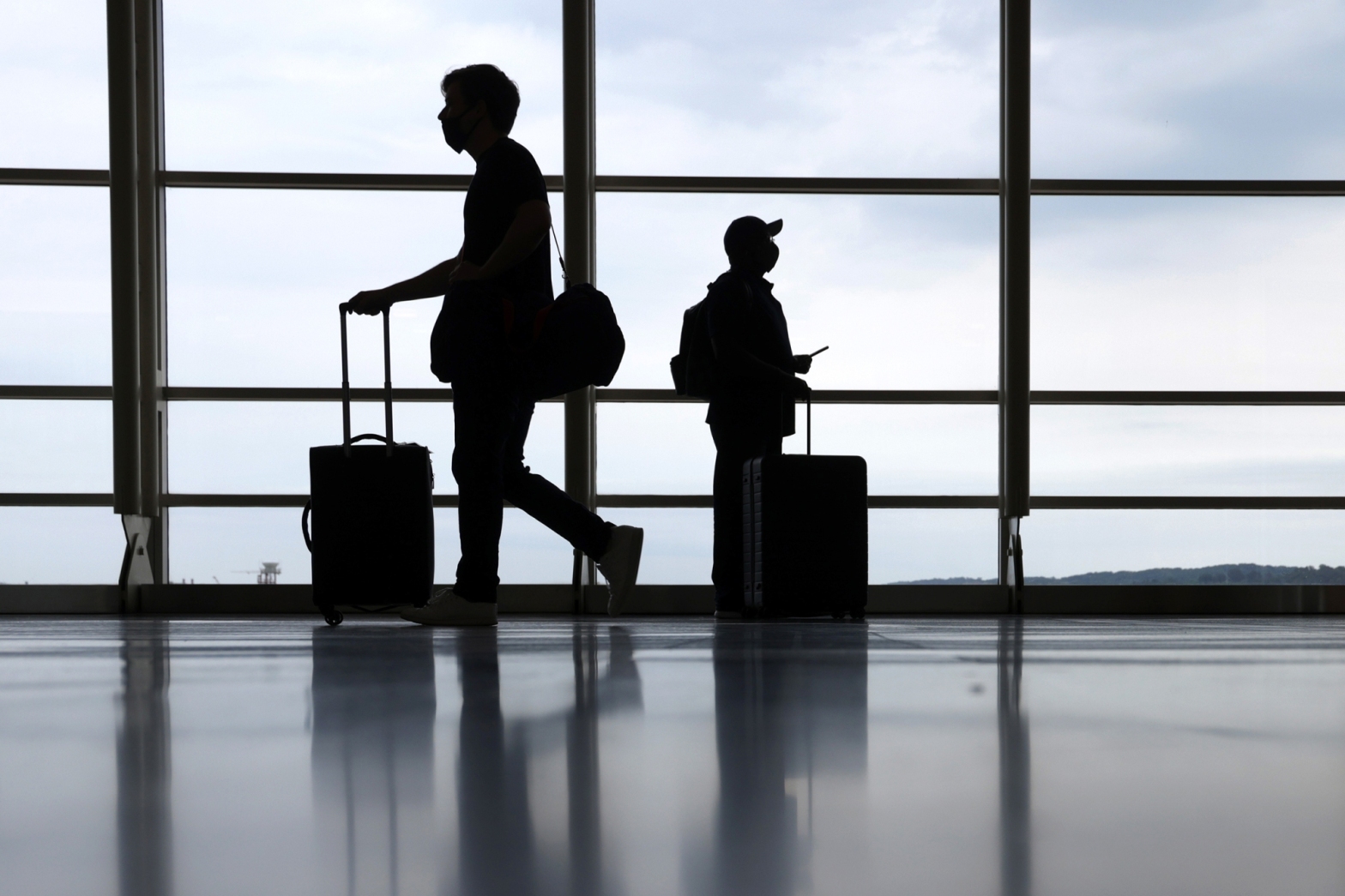 The United States plans to ease travel restrictions on visitors from the European Union and the United Kingdom starting in November, a person familiar with the matter told CNN Monday.

The United States will require that adult foreign nationals traveling to the United States be fully vaccinated, another source familiar with the matter said, implementing what the source described as strict protocols to prevent the spread of Covid-19 from passengers who are flying internationally to the US.

The White House was preparing to make the announcement later Monday, including additional elements to the plan for international travel. The Financial Times was first to report the news.

The development is a first step toward repairing one of the several emerging rifts between the Biden administration and officials in Europe. A spat has emerged between the United States and France over a deal to equip Australia with nuclear-powered submarines, depriving France of a contract to provide conventional subs. European leaders also found consultations with the Biden team over Afghanistan to be lacking.

It will also be greeted favorably by the travel industry, which had been lobbying the federal government to lift some of the rules preventing international tourism. Airlines, hotels and hospitality groups had all voiced support for allowing vaccinated tourists from abroad back into the United States.

US travel bans were first imposed in the earliest days of the pandemic when then-President Donald Trump limited travel from China in January 2020. That step failed to prevent the virus from reaching the United States, but additional countries were added to the list as health officials pressed the White House to limit entry from places where case rates were high.

Trump added countries in the Schengen Zone — which encompasses 26 states in Europe, including France, Germany and Italy — along with Ireland and the United Kingdom. Brazil, South Africa and India were added separately. Land borders with Canada and Mexico were also closed.

Biden had maintained the strict bans on nonessential travel, even as vaccination rates in Europe ticked upward, citing the unpredictable nature of the pandemic and the emergence of the Delta variant.

But the system proved infuriating to European governments, whose countries’ citizens were still barred entry to the United States even as those nations brought their case counts down amid successful vaccination campaigns. Countries with higher cases that were not on the list were not subject to the rules.

Over the course of the past months, travel restrictions on people wishing to enter the United States had devolved into a major transatlantic rift. European leaders, frustrated at the apparent lack of progress, began taking their gripes public. They said the rules were damaging relations between Europe and the United States.

Europe opened its borders to Americans in June, but last month reversed course, removing the United States from a safe list of countries whose citizens are exempt from quarantine or testing requirements. Anger over a lack of reciprocation from the United States partly fueled the decision, European officials familiar with the matter said.

Biden entered office vowing to restore frayed alliances and spent much of a trip to Europe in June proclaiming his commitment to transatlantic ties. He announced during that visit a series of task forces meant to examine reopening travel, but months passed with little to show for the effort.

Overseen by the White House Covid-19 response team and the National Security Council, the groups include representatives from the US Centers for Disease Control and Prevention along with officials from the Departments of State, Health and Human Services, Homeland Security and Transportation.

The American officials were partnered with representatives from the European Union, United Kingdom, Canada and Mexico and have met several times to discuss the reopening situation since the administration announced them at the start of Biden’s first foreign trip in June. There have also been multiple smaller group conversations in between those larger meetings to discuss specific issues, like the epidemiological situation, variants, surveillance, and vaccination efforts and plans for changing travel restrictions, a White House official told CNN.

But some people familiar with the working groups had questioned their effectiveness, as other countries began to open to Americans with little clarity over whether the US would reciprocate. One source familiar with the discussions described “paralysis among agencies” over next steps.