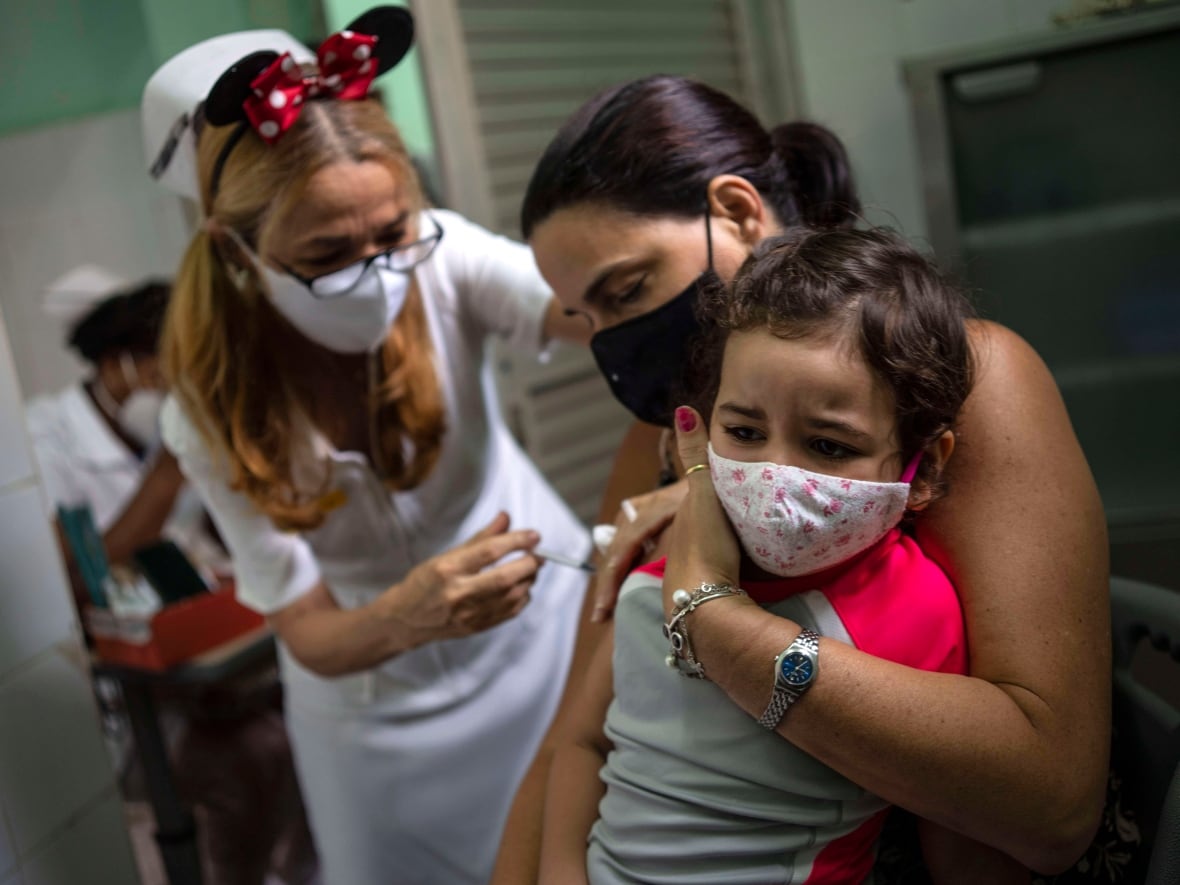 Pfizer Inc. and BioNTech said on Monday their COVID-19 vaccine induced a robust immune response in five- to 11-year-olds, and they plan to ask for authorization to use the vaccine in children in that age range in Canada, the United States, Europe and elsewhere as soon as possible.

The companies said the vaccine generated an immune response in the five- to 11-year-olds in their Phase II/III clinical trial that matched what they had previously observed in 16- to 25-year-olds. The safety profile was also generally comparable to the older age group, they said.

“Since July, pediatric cases of COVID-19 have risen by about 240 per cent in the U.S. — underscoring the public health need for vaccination,” Pfizer chief executive Albert Bourla said in a news release.

“These trial results provide a strong foundation for seeking authorization of our vaccine for children five to 11 years old, and we plan to submit them to the FDA and other regulators with urgency.”

Pfizer Canada spokesperson Christina Antoniou said in an email to CBC News that the company plans to file the data to Health Canada but couldn’t provide specific timelines at this time.

“To date, we have been working closely with Health Canada and submitting to them new data regarding this vaccine when it becomes available,” she said. “We share the urgency to provide the data that could help support the decision by regulatory authorities to make the vaccine available to school-aged children as early as possible.”

Health Canada has already approved the Pfizer-BioNTech COVID-19 vaccine for people as young as 12 years old.

Hospitalizations surging in some states

COVID-19 hospitalizations and deaths have surged in the United States in recent months due to the highly contagious delta variant. Pediatric cases are also up, particularly as children under 12 are all unvaccinated, but there is no indication that, beyond being more transmissive, the delta virus is more dangerous in kids.

A rapid authorization could help mitigate a potential surge of cases in the fall, especially with schools already open nationwide.

The five- to 11-year-olds were given two shots of a 10-microgram dose of the vaccine, one-third the dose size that has been given to people 12 and older. The companies expect data on how well the vaccine works in children two to five years of age and children between six months and two years of age as soon as the fourth quarter of this year.

Unlike the larger clinical trial the drugmakers previously conducted in adults, the 2,268-participant pediatric trial was not primarily designed to measure the vaccine’s efficacy by comparing the number of COVID-19 cases in vaccine recipients to those who received a placebo.

Instead, the trial compares the amount of neutralizing antibodies induced by the vaccine in the children to the response of older recipients in the adult trial.

A Pfizer spokesperson said the companies may later disclose vaccine efficacy from the trial but there had not been enough cases of COVID-19 yet among the participants to make that determination.

The vaccine was around 95 per cent effective in the adult clinical trial, but Pfizer has said that immunity wanes some months after the second dose. U.S. regulators are expected to authorize a third, booster dose of the vaccine for older and high-risk Americans early this week.

The companies said the vaccine was well-tolerated, with side effects generally comparable to those observed in participants between 16 and 25 years of age.

The information from Pfizer on Monday was reported in a media release, not a scientific publication.