When will international travel return? Here’s what we know right now 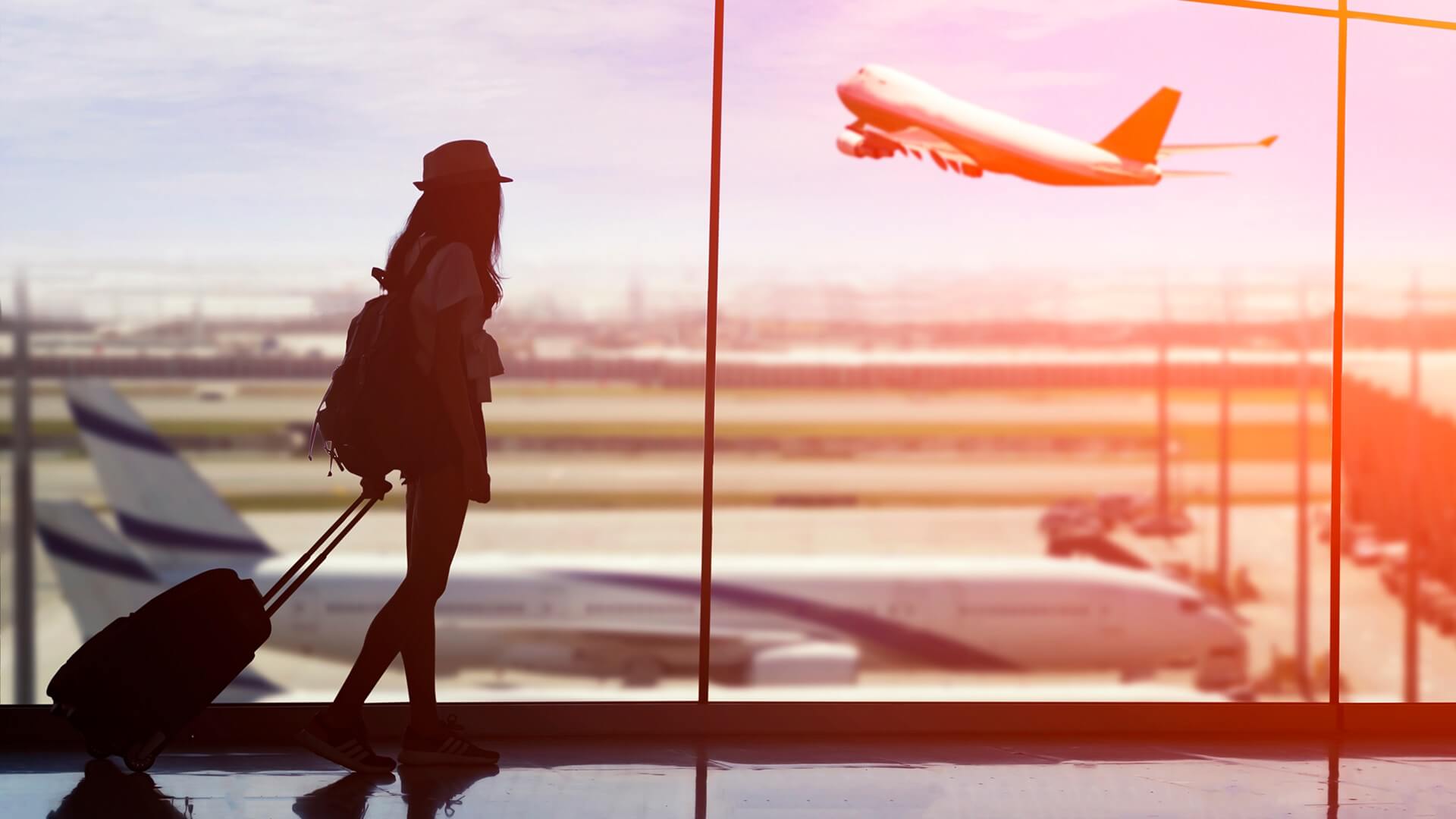 There’s hope: Summer vacations abroad may happen in a big way this year.

The number of people busting out of their countries will start creeping up this spring and rise higher by mid-year, travel industry experts predict, as vaccines and risk-based safety measures are rolled out more widely and spiking coronavirus cases around the world begin to fall once again.

“I’m actually quite confident that first of May onwards … we’ll all be in a much better world,” said Paul Charles, founder and CEO of London-based travel consultancy The PC Agency.

Vaccines and testing are the way forward, Charles and other industry experts say, but what’s needed perhaps as desperately is greater consistency and coordination across borders.

“When you don’t have a coordinated global approach, it’s very difficult for the industry to go forward, especially when you have the rules of the game changing basically every single day,” said Luis Felipe de Oliveira, director general of Airports Council International (ACI), a global trade organization representing the world’s airports.

There’s a lot more work to be done in ironing out testing protocols that would allow globetrotters to opt out of quarantines and finding ways to smoothly and securely share vaccination and testing information across borders.

Sovereign nations still decide what’s best for them individually, looking at their own health situations and economies, but progress has been made in getting countries to look more globally at the huge economic force that is travel.

An alphabet soup of agencies, organizations and companies (UNWTO, ICAO, ACI, WTTC, the airlines and so on) have collaborated on numerous sets of guidelines and global recommendations aimed at making travel safer, easier and less confusing for a world of consumers starving for a change of scene.

ACI’s de Oliveira says that the summer rebound could mean international air traffic reaching 50% to 60% of previous levels in most countries.

When he spoke to CNN Travel, de Oliveira was on day 12 of a 14-day quarantine in Montreal after returning home from a business trip to the Dominican Republic followed by a personal trip to Mexico. He has quarantined four times in the past seven months, spending 56 days at home without the possibility of going out.

That kind of time investment, along with the confusion around requirements — both going and coming home — are big deterrents for people who might otherwise be willing to travel. Safety is essential, but those in the industry are advocating for a more nuanced, layered approach.

A test-out mechanism is needed to avoid quarantines, says Tori Emerson Barnes, executive vice president of public affairs and policy at the national nonprofit U.S. Travel Association, which has been advocating for a science-driven, risk-based approach to reopening international travel “in particular looking at the elimination of quarantines if you have the right testing protocol in place.”

While vaccines will be critical, de Oliveira and others say the travel industry absolutely cannot afford to wait to ramp up until vaccinations are fully administered globally, making testing an essential part of the equation for safer travel in the near-term.

Barnes mentioned a two-tiered regimen of testing 72 hours before departure and again upon arrival as one possible standard, and she cited a testing pilot program in Hawaii — where a 10-day quarantine can be bypassed on most islands with negative test results — as an example of where testing out of quarantine has generated demand.

While U.S. Travel would encourage people to get vaccinated and to test out in places that require quarantines, the association isn’t looking for blanket requirements for access, Barnes said. “We wouldn’t say that you have to have a vaccine to travel.”

She acknowledges that determining who is responsible for creating and implementing consistent protocols is a challenge. “The government doesn’t necessarily want to,” she said, “and I don’t know that the private sector should have that responsibility.”

Yet countries and organizations around the world are making progress in coordinating common approaches, says Alessandra Priante, regional director for Europe at the World Tourism Organization (UNWTO), a specialized agency of the United Nations.

A coordinated way of testing is already being implemented in numerous cases, and the next step at a global level is tracing, Priante says, “to make sure that we’re able to share a certain amount of data, because if we don’t share the data, then we are not really able to have all the information that we should have.”

Getting vaccinated … and proving it

Some of that information likely would pertain to vaccinations. The United Kingdom’s vaccination program is well under way. Other countries have also made significant progress, and the United States’ program is slowly ramping up.

Traveler confusion may well ramp up, too, as more people start moving around in the spring and additional requirements come into play for negative tests and proof of vaccination.

Australia, for example, just announced that it will require negative PCR Covid tests for all travelers, and airline Qantas has suggested that all international passengers may soon be required to have a vaccination certificate.

Current practices — involving printed paper documents from unknown labs in languages that may be unfamiliar to those inspecting them or a tangle of unconnected databases across the world — are less than ideal.

That’s why ACI supports the use of health apps such as CommonPass, a tool that would allow travelers to share lab results and vaccination records without revealing other personal health information. The International Air Transport Association (IATA) is also working on a digital Travel Pass platform.

Even when vaccines do become widely available, not everyone will take them and researchers are looking at whether the virus could be still be transmitted by vaccinated people. Masking, social distancing, sanitation and other safety layers will still be part of daily life — and travel — for a long time to come.

Measures in the meantime

Even as we wait for declines in coronavirus cases and more global coordination around safer, less confusing cross-border travel, destinations and corporations increasingly are rolling out their own interim solutions.

Delta Air Lines is trying out a handful of Covid-tested, quarantine-free flights to the Netherlands. These flights employ a combination of the gold-standard PCR testing with preboarding rapid antigen testing.

De Oliveira sees rapid antigen testing as a potential aid in the industry’s recovery. While considered less accurate, antigen tests are also much quicker and less expensive than molecular tests as one layer of risk management.

Iceland and Hungary have embraced the concept of “immunity passports,” allowing people to enter who have already been infected with Covid-19 and recovered.

Travel bubbles, such as a much-anticipated, two-way corridor between New Zealand and Australia, allow people to travel back and forth between countries without quarantining.

Unfortunately like most things Covid-related, these measures are subject to change.

“Corridors can be useful if they’re consistent, but again, they’ve been up and down, opening and shutting at short notice and that has not helped consumers at all,” said Paul Charles, the travel industry consultant.

The great goal: Mingling with strangers

The UNWTO’s Priante is hoping the ups and downs level out soon because the world is missing out.

“What I regret the most is that all that tourism is about, which is to trust the unknown … the beauty of exploring, of meeting somebody you’ve never met before from another culture, another nation, is all sort of on hold and at stake because people are telling us ‘don’t trust anyone, cross the sidewalk, wear your mask, don’t mingle,’ ” she said from her home in Madrid.

And while Priante and her colleagues have taken every precaution and continued to travel and work to address the global crisis that is threatening livelihoods in the industry, she wants to see more people traveling safely.

“We want to get the spirit of tourism back into the heart of people. Because tourism is about building memories … and we want to get back to that, we want to become again the industry of beautiful memories.”