Chipotle doesn’t want you to eat at its newest restaurant 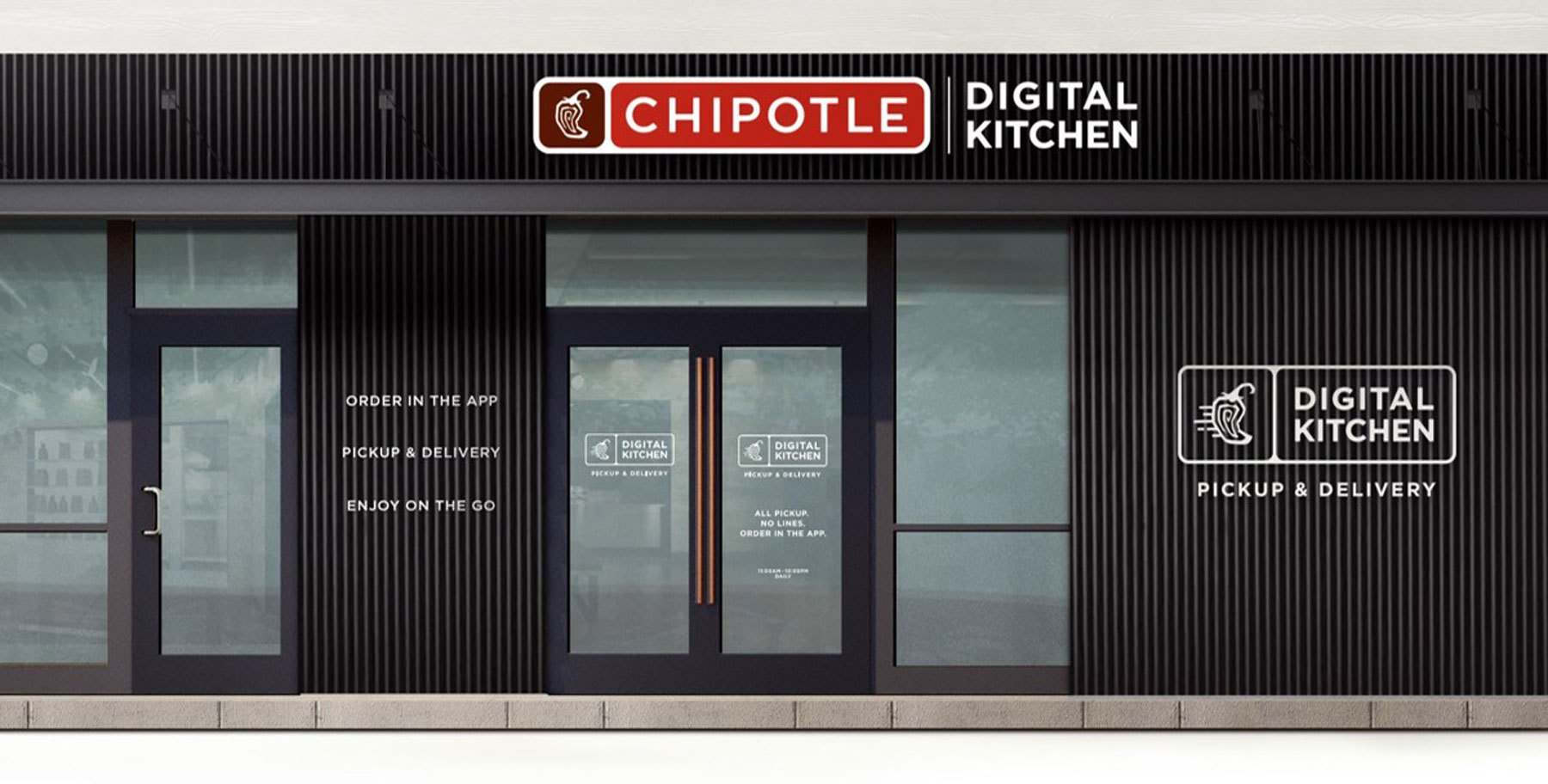 Roughly half of Chipotle’s sales were completed on its app or website last quarter, so it’s opening a first-of-its-kind restaurant to reflect that.

On Saturday, the chain is opening its first-ever “digital-only” restaurant in Highland Falls, New York, near the West Point military academy. Unlike the traditional format, the dining room is gone and employees can’t take orders. Rather, customers can order pick-up or delivery only though its app, website or third-party apps like Uber Eats.

The new design aims to capture the “sounds, smells and kitchen views of a traditional Chipotle” with an open-facing kitchen. But the focal point will be shelves to fit more completed orders. There’s also a small bench for people to wait and there’s a separate entrance for catering orders.

“With digital sales tripling year over year last quarter, consumers are demanding more digital access than ever before so we’re constantly exploring new ways to enhance the experience for our guests,” said Curt Garner, Chipotle’s chief technology officer, said in a statement.

The burrito chain chose this upstate New York location for its first because of its “captive” nearby consumer base of cadets that have demanded Chipotle, but don’t have access to one nearby.

The new design is two pronged for the company. It’s much smaller than a traditional restaurant, so the design can cheaply fit in more urban areas where real estate is pricier. Starbucks rolled out a similar conceptlast year in New York City.

Chipotle’s version also eliminates problematic parts of its restaurants during the Covid-19 era, including indoor dining that isn’t allowed in some US states. It also keeps employees safer without the need for face-to-face contact during the ordering process.

The design is also adjusting to a new reality for Chipotle. The company forecasts that digital sales could exceed $2.5 billion by the end of the year, more than double compared to last year. Online orders have risen sharply at other restaurants as people are preferring to limit their contact with others.