With Disneyland closed, a Napa family makes the best of it 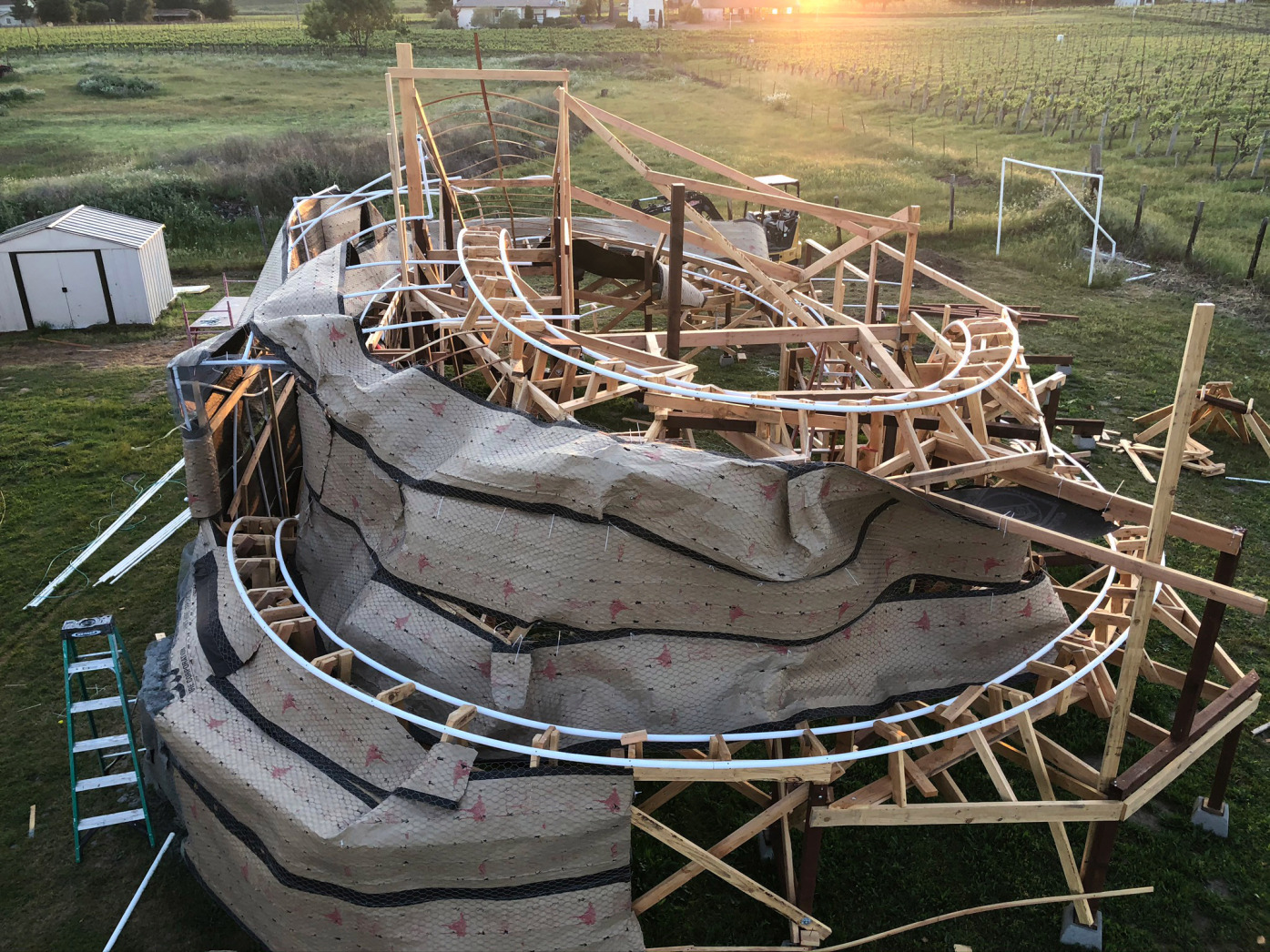 Many people have adopted new hobbies to help cope with spending more time at home during the pandemic, but few have taken it to the level of a California family, who built a 400-foot roller coaster in their parents’ backyard.

Since their favorite theme park was closed due to Covid-19, Sean LaRochelle, a graduate student pursuing his master’s in architecture at Clemson University, decided to bring a little bit of Disneyland right into their backyard.

LaRochelle, his wife and their three children were quarantining with his parents and his siblings at their home in California’s Napa Valley when he decided on a whim to try and build a coaster.

“I went up to my dad and I was like, I think we’re going to build a roller coaster in the backyard. And he’s like, “Oh yeah, that’s fine. No worries.” I don’t think he realized how big it was going to be, but he was super supportive,” LaRochelle told CNN.

The coaster ended up being approximately 400 feet in length. Only one rider goes at a time, but it takes 50 seconds to ride from start to finish.

LaRochelle utilized the talents of 30 friends to not only create the roller coaster itself, but to bring it to life. It is based on the Matterhorn, a roller coaster at Disneyland in Anaheim.

The Matterhorn simulates an Alpine sled hurtling down a mountain while trying to avoid a yeti trying to capture the sled. The ride is named after the 14,692-foot peak in the Alps near the border of Italy and Switzerland.

“We’ve got, you know, rock formations and waterfalls and an animatronic yeti. And you do a couple of loops around the mountain and try to escape its clutches,” he said.

LaRochelle has fond memories of the iconic ride and trips to the park with his family, so the attention to detail was key for him.

“I wanted to do it really well. I wanted to be very detailed. I was like, imagine that I was an Imagineer and that I was trying to put the same care and quality into the product. And so for me, that was the most important thing,” he said.

He started construction on it in March and finished in July. LaRochelle said it was basically a full-time job for he and his brother Michael on top of the full-time jobs they already had.

LaRochelle said he and his brother used a lot of resources they found on the internet in addition to including their friends and family. In the end, all of the work paid off.

He didn’t have an estimate for how much it cost to build. “The joke was, it was the Trump stimulus check coaster. We ended up spending a little bit more than that,” LaRochelle said.

“Really, it’s only been positive feedback. And I think, you know, we live in such a tumultuous time right now and having somebody, or just even seeing a collaborative group of people putting together something that is creative, that’s trying to bring some joy to people, I think that that really only helps, especially because of everything that’s going on,” he said.

Though the ride will survive for a while longer, LaRochelle said it is only meant to be temporary and they will eventually knock it down, but for now, the intent is to continue to spread just a little bit of joy.

“I hope that the future of the ride is that people look at it as something that inspired other people, you know, and maybe we’ll make another ride, who knows,” he said.