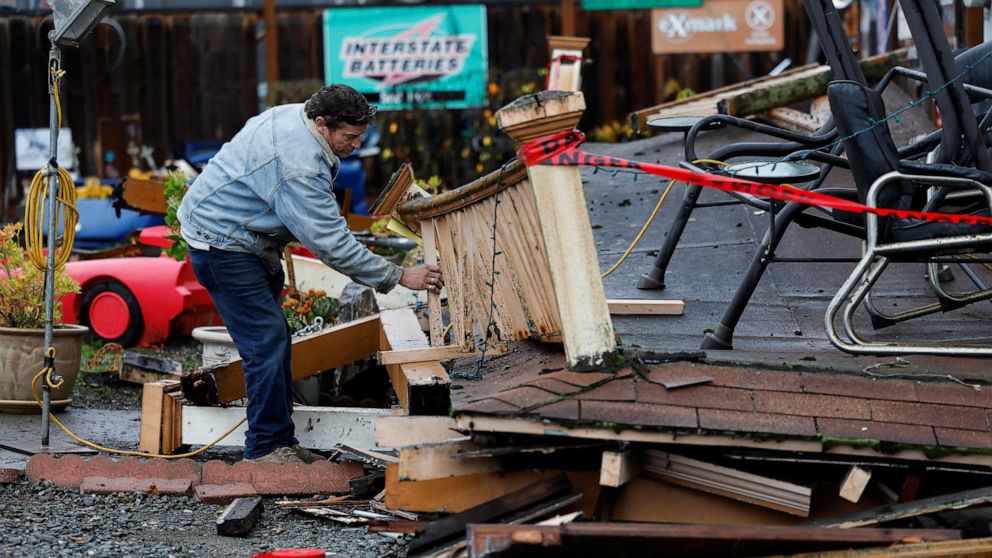 The quake hit around 2:40 a.m. and was centered 22.7 miles southwest of the city of Eureka in Humboldt County, the USGS said. It was followed by dozens of aftershocks in the same general area, one as strong as 4.6.

In a 12:15 p.m. Tuesday news release, the sheriff’s office reported two people died as a result of medical emergencies during or after the quake. At least 11 people were reported injured, according to the release.

No tsunami warning was issued.

Two injuries were confirmed earlier, according to the Humboldt County Office of Emergency Services. One person had a fractured hip, and the other suffered a head injury. Both people were expected to recover, and no other details were provided.

The Humboldt County Sheriff’s Office and PG&E said power was knocked out across the county, with nearly 70,000 customers in the dark at its peak. The county OES also said there were reports of widespread damage to roads and homes and advised residents to check their gas and water lines for damage.

The city of Rio Dell is considered ground zero for the earthquake and suffered the most damages, the sheriff’s office said.

Rio Dell’s city manager said the city potentially could be without running water for up to 48 hours. In addition, some residents have been displaced due to dozens of homes deemed not suitable for occupation. The city is working with other agencies to find shelter for those displaced.

The California Highway Patrol closed the Ferndale Bridge for possible structural damage. The bridge crosses the Eel River on Highway 211 just west of Highway 101. It was unclear when the bridge would reopen.