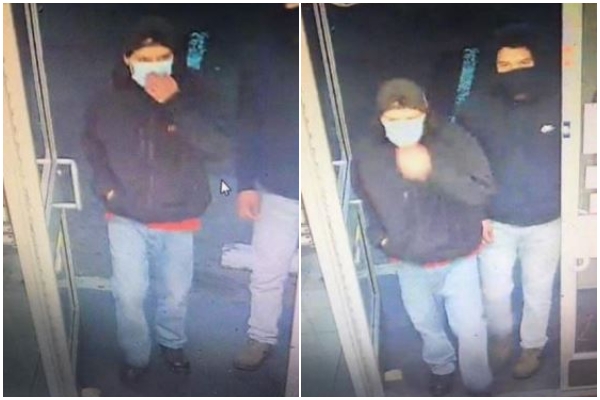 Palo Alto police said their dispatch center received a call at about 11:13 p.m. from the clerk of the 7-Eleven convenience store at 708 Colorado Ave. reporting the store had just been robbed at gunpoint about five minutes earlier.

Officers arrived on scene shortly thereafter but were not able to locate the suspects.

Investigators said the suspects pointed handguns at the clerk and forced him to open the cash register. They removed cash from the register, stole several packs of cigarettes and then fled in a dark-colored sport utility vehicle eastbound on Colorado Ave.

A second employee was also in the store at the time of the robbery. There were no customers in the store and no injuries were reported.

The victims described both suspects as being white or Hispanic males between 20 and 25 years of age. Both were wearing face coverings, black jackets, and jeans.

One suspect carried a silver handgun; the other carried a black handgun. Police have not identified the suspect and have made no arrests.

Anyone with information about this incident is asked to call our 24-hour dispatch center at 650-329-2413. Anonymous tips can be e-mailed to paloalto@tipnow.org or sent via text message or voice mail to 650-383-8984.