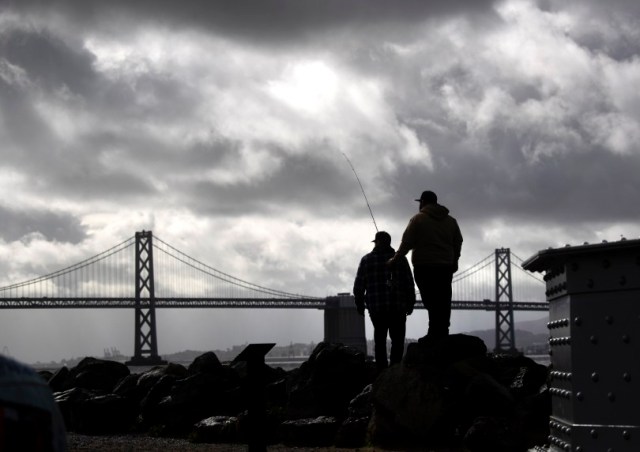 As of 6:30 a.m. Wednesday, power was out for 27,000 customers as fierce winds and rain battered the region, PG&E reported.

A major freeway connector in the South Bay was shut down early Wednesday morning because of a jackknifed big-rig. The ramp from southbound Interstate 680 to southbound Highway 101 in San Jose was closed at about 4 p.m., with no estimated time for reopening, according to the California Highway Patrol.

A jackknifed big-rig on the Bay Bridge late Tuesday also was involved in a crash that blocked lanes of the span for some time.

The peak at Alpine Meadows ski resort near Lake Tahoe had a 125 mph (201 kph) wind gust, the weather service said.