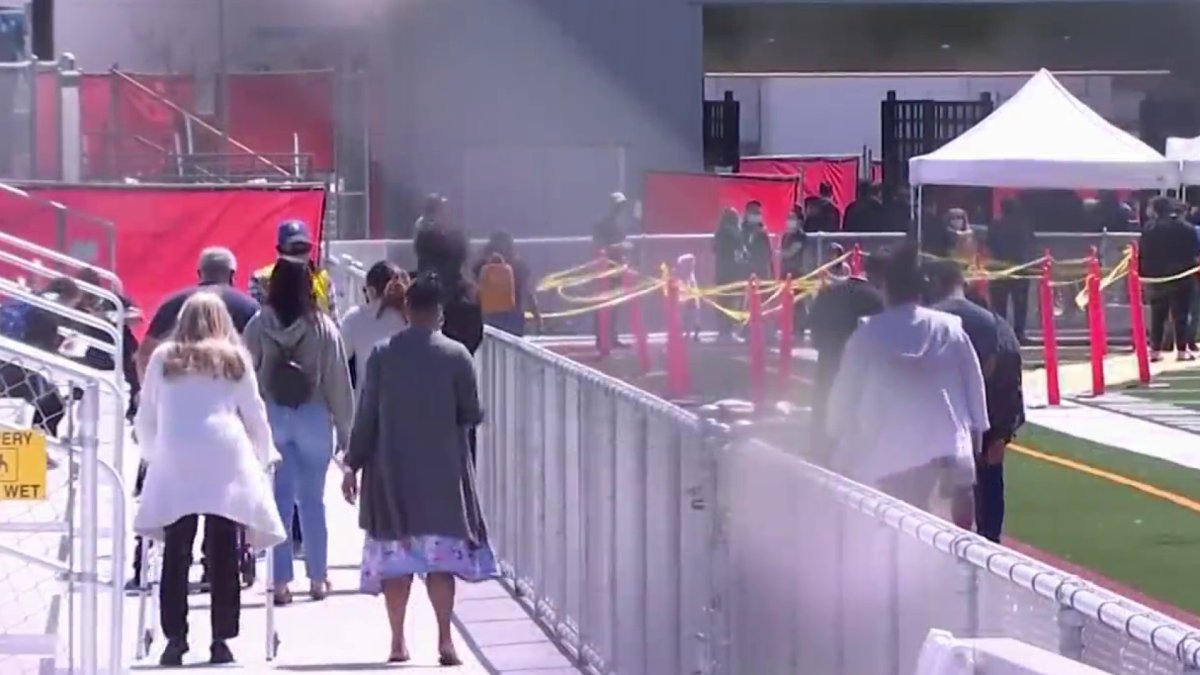 Next week, the number of available Johnson & Johnson vaccine doses will drop by nearly 90 percent in California. From well over 500,000 to just over 20,000 in two weeks.

This is all happening just as the state prepares to make millions more residents eligible to get the vaccine.

Fremont High School’s walk-up COVID-19 vaccine clinic is in Oakland’s 94601 zip code. It’s one of the zip codes hardest hit by the coronavirus according to the Alameda County Health Department.

Now, they are already allowing anyone 16 or older to come get the vaccine. No appointment needed. Oakland Resident Jose Cornejo is among the estimated 640 people who got the Moderna vaccine at the clinic Friday as he was getting his second dose.

“I’m grateful and I’m grateful for anybody and everybody who has come out here to really do this,” she said.

But Fremont High’s clinic relies in part on the Johnson & Johnson vaccine. There are questions about whether supply will meet demand.

Santa Clara County officials told NBC Bay Area it received just 9,000 Johnson & Johnson doses in its last shipment and is expected to get just 3,000 next week.

At the Oakland Coliseum clinic, where 6,000 to 7,000 doses go in arms daily, the shots were all Johnson & Johnson.

According to the Alameda County Department Of Public Health, the Johnson & Johnson allocations which are at 15,400 this week will drop to just 3,800 next week.

“I think it’s important to have vaccines available all over the country, for all people, especially vulnerable communities like this one,” said Oakland resident Sarah Omer.

It’s a similar story in every other Bay Area county, just as the state prepares to open up eligibility to millions of younger Californians.

Some Bay Area counties are sharing surplus doses with their neighbors. But that’s tough when everyone is facing the same shortage.

It’s that much more frustrating as everyone races to vaccinate as many people as possible before June 15, the day California hopes to fully reopen.

“It takes all of us to completely get out of this,” Harris said.