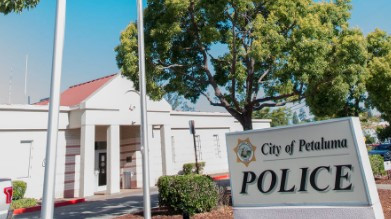 Bay Area mom influencer Katie Sorensen didn’t just open herself up to criminal charges in December, she also flung open the door onto a billion-dollar industry and some of the ways it shapes the way we view women and consume media in 2021.

Sorenson posted two videos of herself to her @motherhoodessentials Instagram account on Dec. 13, telling a harrowing but allegedly false story about a Latino couple who tried to kidnap her two young children in the parking lot of a Michael’s craft store in Petaluma.

n hmbvuestions soon raged about the Sonoma mother’s report to police and her videos, primarily whether she tried to exploit the parental fear of stranger abduction — in a town traumatized by the 1993 murder of Polly Klass — to gain attention for her lifestyle and parenting brand.

But after investigating Sorensen’s claims, officials have since charged the mom influencer with two misdemeanor counts of providing false reports to police.

Sorensen’s case is addressed in a recent episode of a new podcast, “Under the Influence” which more generally explores the mom influencer industry. Podcast host Jo Piazza, a journalist, author and former Bay Area resident, said in an interview that “we don’t know” whether Sorensen truly believed that her children were threatened, or why she chose to share her fears online.

+In the videos and in initial interviews, including with Buzzfeed News, Sorensen said she posted the videos to “raise awareness” and to encourage parents to trust their instincts about the dangers of would-be kidnappers. But on Dec. 14, Sorensen made her “independent wellness advocate” account private and stopped giving interviews. Her attorneys, Charles Dresow and Gail Shifman, didn’t return phone calls or emails seeking comment.