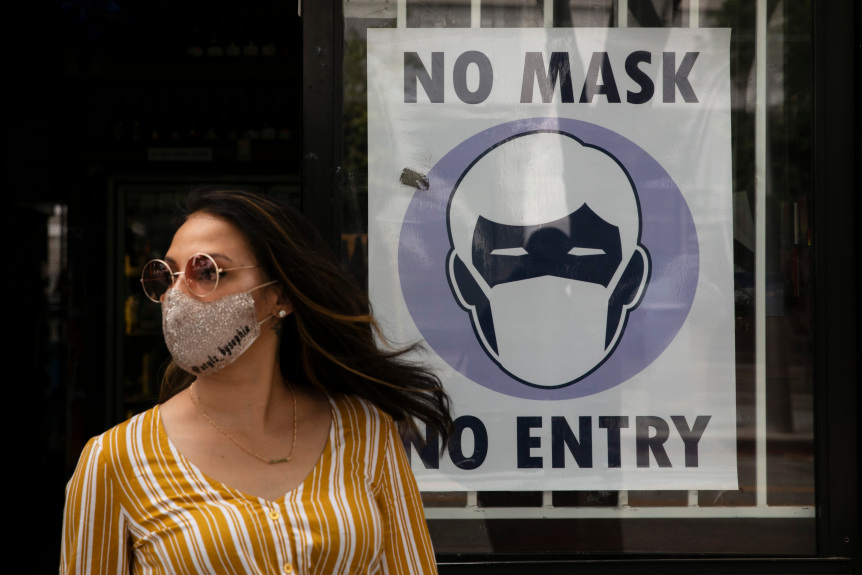 California is heading into the three-day Fourth of July weekend in precisely the position it has been fighting to avoid for more than three months.

The number of coronavirus cases is soaring, with the state setting records for new daily cases twice this week. Hospitalizations of coronavirus patients have risen 56% over the past two weeks. And the state earlier this week recorded its second-deadliest day since the pandemic began.

“We’re at a make-or-break moment,” said George Rutherford, an epidemiologist and infectious disease expert at UC San Francisco. “We always knew we’d have to tolerate a little transmission as things opened back up, but this is way more than anything we thought would happen.”

Fearing holiday crowds and gatherings could make the state’s critical situation ever bleaker, state and local officials up and down the California coast — from Los Angeles and Ventura counties to Pebble Beach near Carmel and throughout Monterey County — rushed to close beaches and parking lots. Even Orange County officials, who earlier in the pandemic refused to shut down their beaches and unsuccessfully requested that a judge nullify an order by Gov. Newsom to temporarily close them in late April — issued a handful of beach and parking lot closures for the weekend.

The University of Southern California announced Thursday it would no longer welcome students onto campus for in-person classes for the fall semester — reversing an earlier decision to bring students back for a hybrid in-person and digital learning model. And Imperial County, currently faring the worst in California, reinstated its stay-at-home order and closed all non-essential businesses as cases there continue to mount.

During a press briefing Thursday, Gov. Gavin Newsom unveiled what he called a “major public awareness campaign” encouraging Californians to comply with the order he instituted two weeks ago mandating that Californians wear face coverings in most public settings.

Pointing to the rise in hospitalizations and rate of coronavirus tests returning positive results — a number that rose from 4.6% to 6.9% in the last week — he implored Californians to “consider that one of those stats could be you.”

“If you think this can’t impact you because it hasn’t impacted you yet, I hope to disabuse you of that,” Newsom said.

Even the Bay Area, the region that was first in the nation to issue stay-at-home orders and where hospitalizations, cases and deaths have remained far lower than Southern California, officials started to sound some alarms Thursday.

San Francisco Public Health Director Dr. Grant Colfax saidthe city’s soaring number of cases in recent weeks was alarming and warned it could be seeing “early signs of a surge.”

Annual Bay Area Fourth of July parades, celebrations and fireworks shows, including the Fourth of July Waterfront Celebration that typically attracts hundreds of thousands of visitors to San Francisco each year, have all been canceled. Communities instead have moved to virtual celebrations in cities such as Milpitas and Redwood City, a “porch parade” in Fremont and a “10 a.m. cheer” in Pleasant Hill.

Santa Cruz County, which usually sees a large uptick in visitors coming together for a day at the beach, cookouts and bonfire gatherings, urged residents and neighboring community members to celebrate from home, noting that a recent uptick in infections there “came from gatherings of friends or families.”

“The more we come together, the more COVID-19 spreads,” Santa Cruz County Health Officer Dr. Gail Newel said in a statement. “Let’s remember our elders and those who are vulnerable to serious illness.”

But just as other areas of the state were beginning to take further steps of precaution, Santa Clara County — which has long been the most restrictive in the state — announced some reopenings.

Beginning July 13th or when the state gives the green light — whichever comes later — gyms, hair and nail salons may reopen with social distancing and mask requirements, county officials announced Thursday. Groups of up to 20 people may gather indoors, while groups of up to 60 may gather outside.

Santa Clara County Health Officer Dr. Sara Cody said the changes acknowledge that the county has been sheltering in place for longer than expected and centers around a “risk reduction” model rather than a blanket stay-at-home order. Even though the county has had the lowest per capita rate of cases of any urban area, she said, cases have begun to tick up.

“We’re at an inflection point,” Cody said. “It’s crystal clear that COVID-19 will be with us for a long time, so we need to adapt to a new way of living that keeps us all safe and allows us to do some of the things that we miss and cherish and find most meaningful.”

Rutherford, the epidemiologist at UC San Francisco, said he was surprised the county was moving ahead after being placed on a “watch list” by the state.

“Things opened up too soon in Southern California and the Central Valley, and we’ve seen the consequences,” he said. “It’s time to be more cautious.”