California will get more stimulus money than they lost during pandemic: State Auditor 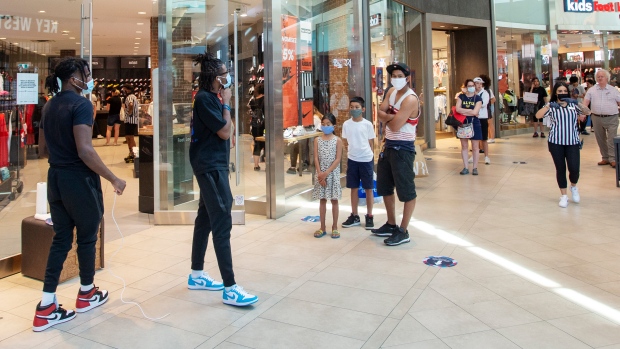 The city of Los Angeles faced a $750 million deficit, elimination of nearly 2,000 jobs, or some combination of the two. Anaheim prepared to borrow $210 million — using city libraries, fire stations and City Hall itself as collateral. The city of Riverside shaved 10% off revenue estimates and sold bonds to pay heavy pension debts — a strategy many good-government experts frown upon.

But a funny thing happened on the way to municipal meltdown. Boozing, gambling and shopping boosted California’s tax coffers. Property values surged. And the federal government stepped in with a mighty $8.2 billion in stimulus funds to heal pandemic-inflicted wounds in California city budgets.

“Fiscal drought?” asks a new analysis from the state auditor. “Actually, city revenues are pouring in. … Our analysis shows that the vast majority of California cities will receive more stimulus money than they lost during the pandemic.”

Los Angeles got far more than it feared losing — nearly $1.3 billion in American Rescue Plan Act money, the auditor said. Anaheim got $106 million. Riverside, $73.5 million. And so on.

But all of them saw revenue surge from things like property, hotel and sales taxes, enough to cover COVID losses — all except little Yountville.

“Last year we found that the sudden consequences of COVID-19 were significantly impacting cities that rely on tourism and entertainment for revenue,” the auditor said. “The situation has significantly improved.”

The League of California Cities — the organization representing them in Sacramento — has not had an opportunity to closely review the auditor’s methodology or data, but said it’s clear the auditor’s analysis doesn’t include all the information necessary to draw these kinds of conclusions, spokeswoman Jill Oviatt said by email.

“Recovery from the pandemic is uneven and that is no way reflected here,” she said. “While recovery in some cities has been strong, other cities are still hurting and their local economies are still struggling. To say that all but one of California’s cities is rolling in dollars is inaccurate and grossly misrepresents the situation for the towns and cities that are still hurting.”

“I know of many cities that received more stimulus money than what they lost,” said Indian Wells City Manager Chris Freeland by email. “For Indian Wells, we would disagree that our community saw significant revenues to cover our losses.”

The auditor’s figures include economic recovery projections that some city finance officers found hard to follow. Indian Wells, for example, was projected to be down $858,484 at the end of the three years examined, even with stimulus funding of $1.3 million (and pandemic-related losses of $5.2 million).

A winter oasis near Palm Springs, Indian Wells generally expects about $8 million a year from hotel taxes, said Finance Director Kevin McCarthy. But, in two COVID-bruised seasons, hotel taxes were nearly slashed in half, to some $4.5 million a year.

“I see us springing back up in 21-22 to sort of where we were before the pandemic — absent the delta variant — but we haven’t seen this strong recapture yet,” McCarthy said. “We’ve had a little summer bounce from people just wanting to travel, but the lion’s share comes between January and April-May. So we haven’t seen a tremendous amount of actual recovery from those types of things yet.”

“We have had two years of decreased revenues due to tourism, and I don’t expect to ever make that up,” he said.

While some revenues hit by COVID-19 are now exceeding pre-pandemic levels, the coastal city of Torrance continues to see its hotel occupancy and business license taxes lag behind. The city has “lost multiple years of growth” since the pandemic began, according to an email from City Manager Aram Chaparyan and Assistant Finance director Ian Dailey. Increases in property and franchise taxes have helped offset the losses, but the state auditor’s projections underestimate how severe of a hit the city took.

“The pandemic’s effect has been longer lasting than originally expected with multiple COVID-19 infection waves spanning years, therefore erasing years of growth across multiple revenue stream areas,” they wrote. “While the economy is and we expect it to continue recovering, because of the long lasting impacts over multiple years, we don’t anticipate the recovery erasing losses and increasing to a level that would match the compounding rate we would have experienced without a pandemic.”

Torrance will receive $24 million, spread between two fiscal years, through the American Rescue Plan, but Chaparyan and Dailey say the city will still need to pass a 3/4-cent sales tax increase — expected to generate $26.75 million — in June 2022 to avoid deep cuts, though even the tax increase won’t eliminate the need for reductions completely.

They estimate COVID-19 contributed to a loss of about $15 million in revenues overall. The city already cut 46 full-time equivalent positions in 2020-21 and issued a $349 million bond to pay off the majority of its unfunded liabilities. The City Council will receive a contingency budget in September detailing what will be necessary to balance the budget if the tax increase were to fail.

“Should the sales tax measure pass, these implemented reductions can be partially removed,” Chaparyan and Dailey wrote.

Other cities have fared better. El Monte predicted a $6.3 million deficit for the 2020-21 fiscal year, but stronger than expected revenues from sales and property taxes have reduced that deficit by roughly $4 million.

“Original sales tax projections for fiscal year 2020-2021 were conservative due to the pandemic however, middle and upper income wage earners were less affected by the pandemic as opposed to low-to-moderate income wage earners; as a result, individuals with disposable income continued to make high-end purchases such as automobiles, which was not predicted at the onset of the pandemic, City Manager Alma Martinez said.

Roughly $6 million in stimulus funding will completely eliminate a projected deficit for the next fiscal year and leave the city with a surplus, according to Martinez. El Monte will receive about $42 million total through ARPA and must spend it by the end of 2026, she said. The city is still developing a plan for how to use the money, but some early recommendations include expanding rental assistance, establishing a guaranteed income program, repaying employees for reduced wages, and funding a variety of capital improvement projects, Martinez said.

Edward Enriquez, chief financial officer for the city of Riverside, said these are one-time funds that will be used for the community, and not necessarily to financially benefit the city. “With council direction, the vast majority of funds will be infused back into the local economy,” he said.

Cities greatly appreciate the federal funding coming to them over the next several years, but they’re not out of the woods yet, said Oviatt of the League of California Cities, “and it would be irresponsible to paint the picture of recovery any other way. With our economies still fragile, an ongoing pandemic, and wildfires threatening our communities throughout the state, Cal Cities will continue to advocate for funding so that all of our cities are able to recover.”