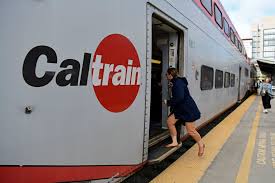 A person was hit by a Caltrain in Gilroy on Monday night, authorities said.

The crash, which involved southbound train no. 264, was reported at 7 p.m. just north of the Gilroy station, according to Caltrain spokeswoman Tasha Bartholomew.

Bartholomew said the person was taken to a hospital for observation.

No injuries were reported among the half a dozen passengers on the train at the time.

The train was held until about 7:30 p.m., according to Bartholomew.