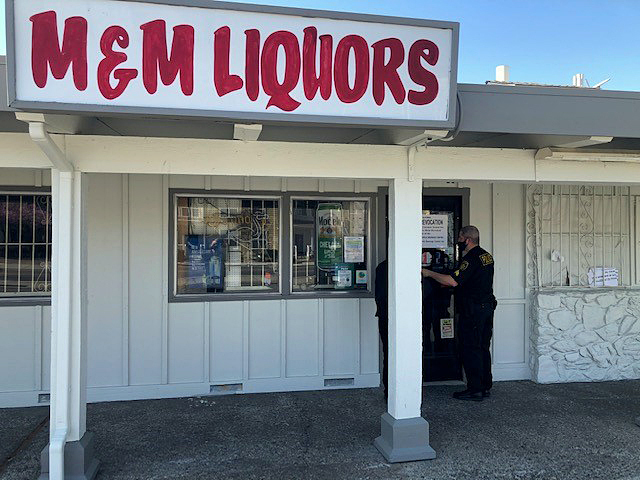 The California Department of Alcoholic Beverage Control on Thursday revoked the liquor licenses of a couple accused of forcing an Indian man to work without pay and keeping him under lock and key at one of their businesses in Gilroy.

The move follows an investigation by the ABC and the Santa Clara County District Attorney’s Office that revealed “labor human trafficking,” the ABC said in a news release.

According to prosecutors, the liquor license holders – Amarjit and Balwinder Mann, both 66 – tricked a man who traveled from India into working at M&M Liquors. He reportedly worked 15-hour shifts seven days a week, slept in a storage room, bathed in a mop bucket and was not paid.

The couple also severely underpaid three other people in their employ, according to prosecutors.

Suspicion about the liquor store surfaced in February 2020 when ABC agents conducted a decoy alcohol-sales sting at Gavilan Market and a random inspection at M&M Liquors.

An employee at the market was cited for selling alcohol to a person identifying as a minor and later revealed his wage conditions, according to an ABC report. At the liquor store, agents found an employee who appeared to be living in a storage area at the back of the business.