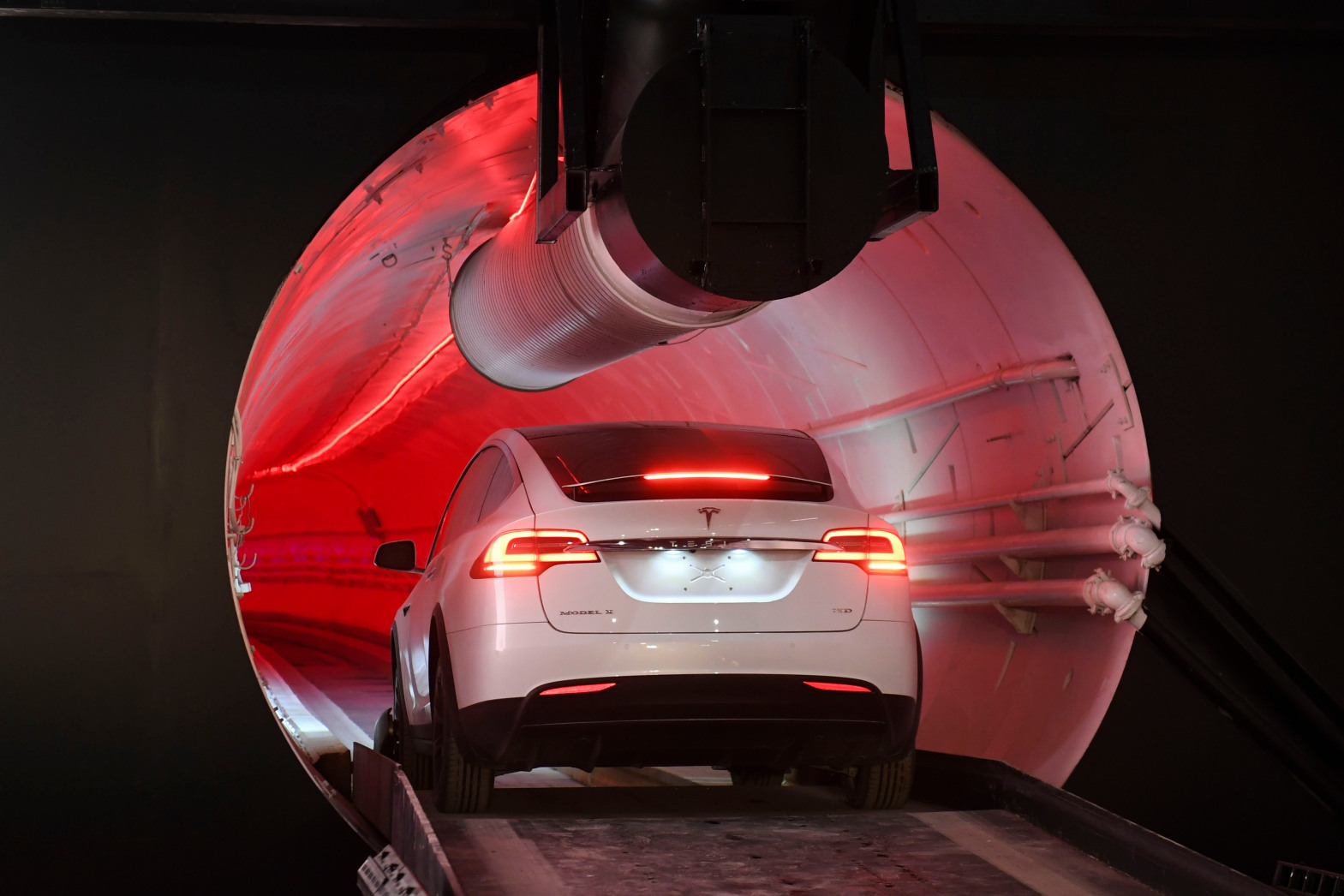 In a unanimous vote Wednesday, Feb. 3, the San Bernardino County Transportation Authority board directed staff to work out the details with Musk’s tunneling venture, The Boring Co., based in Hawthorne.

If the two sides reach agreement, a contract would come before the board for approval, possibly in September. Operation could begin in late 2023 or early 2024.

“I think this is definitely going to happen,” Curt Hagman, county supervisor and vice president of the SBCTA board, said Thursday. “I’ve seen the technology and I believe in it. I think it is the beginning of the future of three-dimensional travel at an affordable rate.”

The Ontario Airport Loop project would involve digging a tunnel under Milliken Avenue and then west along Airport Drive. Riders would get in Tesla Model 3s or a specially designed 12-passenger Tesla tram and travel up to 127 mph on a track for the short, 4-mile trip. The vehicles are electric and produce zero emissions.

Three above-ground stations would be built: one near the existing Metrolink commuter rail station and two at the airport — at Terminal 2 and Terminal 4. A one-way ride would take about five minutes, according to the SBCTA.

The Loop would carry about 1,200 people per day or 10 million-plus per year.

The cost for the project during early discussions in 2019 started at $45 million but the proposal submitted to SBCTA by The Boring Co. in December placed the cost of construction at $85 million, according to the SBCTA.

It would become the first rail-like connection at Ontario airport and would lessen congestion from single-passenger cars using the 10 Freeway, said Alan Wapner, Ontario City Councilman and president of the airport joint-powers authority. The airport’s current mass transit options are ride-hauling services and Omnitrans bus service.

Metrolink sees this as an opportunity for passengers to jump on the underground loop and quickly connect with its main east-west line, which it hopes to expand.

The Loop would cost considerably less than the stalled $1- to $1.5-billion light-rail extension of the Gold Line (now known as the L Line) from Pomona to the airport, and could be built in two or three years rather than the 10 years it would take to extend the light-rail, according to the SBCTA.

Although the SBCTA’s request proposal was downloaded by 200 firms, only The Boring Co. answered the call. A review by officials from Rancho Cucamonga, Ontario, ONT, Omnitrans and the SBCTA found the company’s proposal passed the minimum requirements.

However, an SBCTA report said there are many roadblocks, including getting both state and federal environmental clearance. Also, Caltrans, Union Pacific Railroad and the Federal Transit Administration need to approve the project.

The Boring Co. recently finished a smaller tunnel transportation system that connects destinations in Las Vegas for convention-goers. It was supposed to begin operation in January but was postponed due to the COVID-19 pandemic.

Local officials see the Ontario Airport Loop as a way to help more people get around to local destinations in San Bernardino County.

“With the 2028 Olympics right around the corner, this kind of additional transit connectivity – at such a reasonable cost – will position Ontario and the San Bernardino County-San Gabriel Valley Corridor as a true destination,” Ontario Mayor Paul Leon said in a prepared statement.

Hagman, who initiated the idea after taking a ride through the company’s test tunnel in Hawthorne, said he’d like to see the SBCTA and ONT work on an underground system for moving cargo containers.

“We will be getting the trucks off the freeway,” he said.