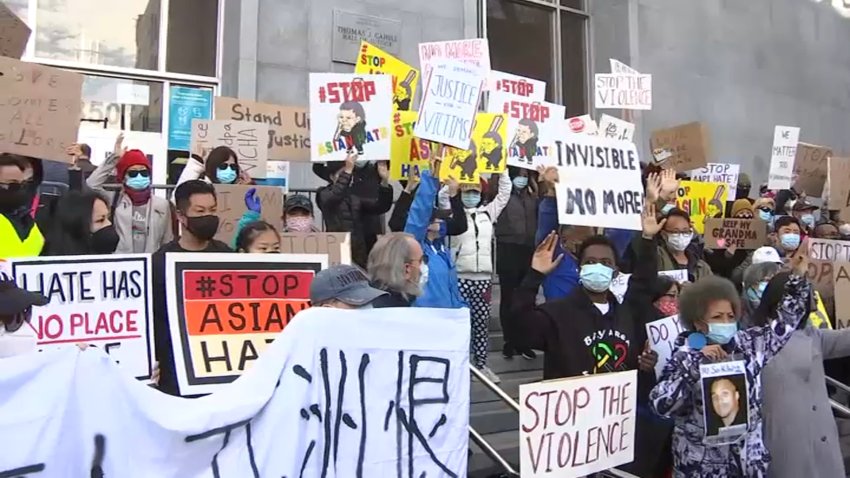 Monday marked yet another day of Bay Area residents gathering to show support to the AAPI community in light of the recent violent, unprovoked attacks across the region.

In San Francisco, a large crowd gathered on the steps of the Hall of Justice as the man accused of killing an 84-year-old Thai man returned to court.

Vicha Ratanapakdee was assaulted and killed outside of his San Francisco home back in January by 19-year-old Antoine Watson.

“He’s a man who has a kind heart and got attacked, got attacked just because he wants to go out for a walk in the morning,” said San Francisco resident Katherine Pospheny about Ratanapakdee’s death.

Those gathered outside the Hall of Justice condemned the attacks saying “enough is enough” and stating more has to be done to stop these type of attacks.

Attendees showed solidarity and even shared similar stories to show their community that they’re not alone.

Susanna Yee recounted an attack on her grandmother by a 17-year-old back in 2019. Her grandmother eventually died from those injuries last year.

“There’s no shame,” Yee said. “A lot of Asians feel the same. My parents feel shame for what happened to my family but because we see other people are going through the same thing, we’re not hiding, we’re not invisible.”