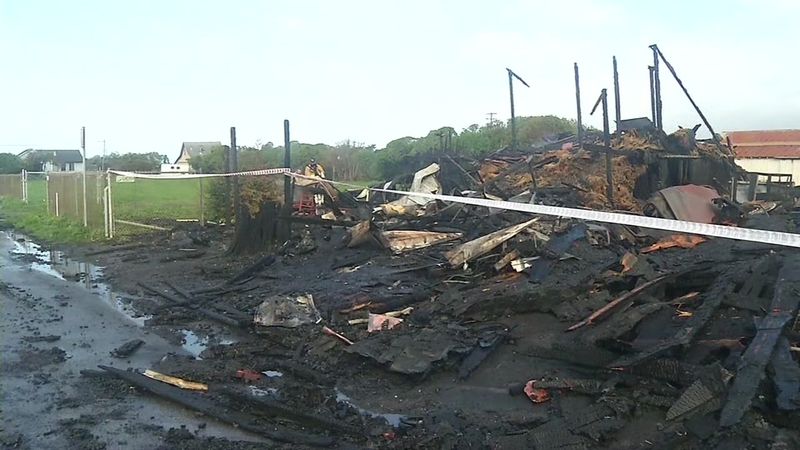 A fire Friday night gutted the historic Andreotti Family Farms barn that was home to a popular produce stand in Half Moon Bay.

The two-alarm fire threatened other buildings but was contained to the barn in less than 30 minutes, a Cal Fire spokesperson said. No injuries were reported. The cause is under investigation.

Power lines were found down upon arrival of the first arriving fire crews and PG&E responded to the scene.

The Andreotti family has farmed the Half Moon Bay site since 1926 and produces primarily artichokes, beans, and broccoli, according to farm’s website.