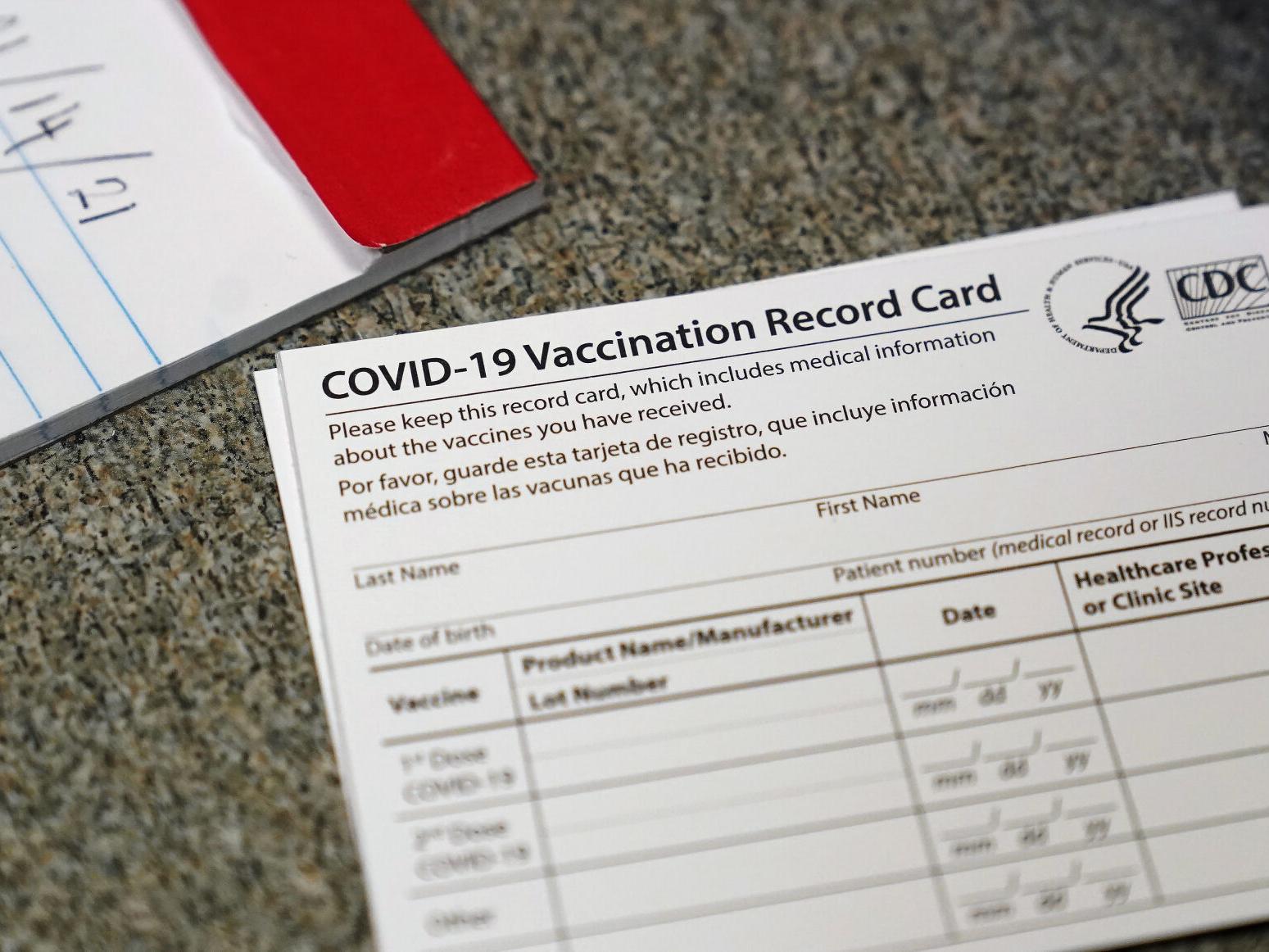 La Verne police confirmed the late April arrest of a worker from the Pomona Fairplex vaccination site suspected of loading blank vaccination cards into his car and found with 538 of those cards in his hotel room.

The accused COVID-19 vaccination card thief is 45-year-old Muhammad Rauf Ahmed, of Las Vegas. He was released on $500 bail, then charged Wednesday with one felony count of grand theft.

Arraignment is set for Aug. 25. It was not immediately clear whether he has an attorney.

The cards have a value of at least $15 apiece if illegally sold, prosecutors said.

Ahmed was a non-clinical contracted employee at the vaccination site.

Detectives were unable to discuss a motive, but people learning of the arrest doubt the intentions were good.

“That’s shameful activity. You should just be a good citizen. Go and get your own COVID, you know, that doesn’t help anybody,” said Anita Quinn who was visiting the area from Colorado.

“Someone actually has real cards that people are gonna be showing that haven’t gotten the vaccination. It’s gonna be tough to decide who’s vaccinated, who’s not,” said La Verne resident Crystal Shaw King.

The Federal Trade Commission says the lack of a standard way to prove you’re vaccinated or tested negative leaves the door open for scammers.

Companies and colleges may create their own verification processes while others rely on honest self-reporting.

With California coming out of lockdown by June 15, many venues will require proof of COVID-19 vaccination, and federal authorities warn scammers are looking for people who’d rather lie than get the shot.

“They may not know they’re infected, but still, I think that the potential they would affect, infect somebody else, I think it’s very troubling,” said resident Lonnie Brooks.

“I got the vaccination and with that came a card, so to me that’s an understanding I might have to show it at some point,” added King.

Authentic vaccination cards are free, yet the feds say fake cards are being sold online. Government websites suggest you “stay ahead of certificate scammers” by checking with airlines and event venues, and not sharing your information.