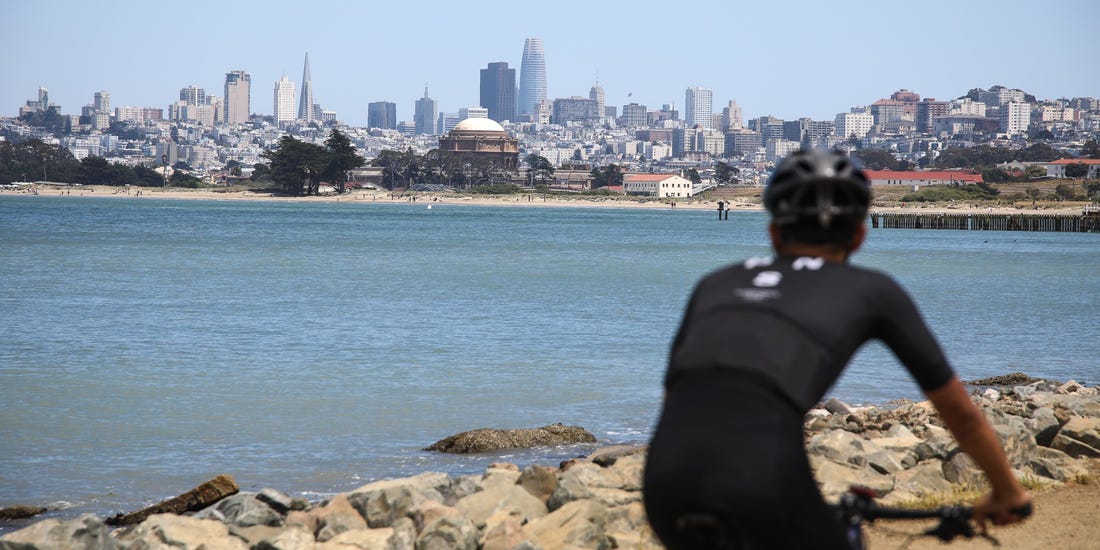 Most of the Bay Area’s counties will move into more-restrictive reopening tiers this week as the state attempts to extinguish its current rise in new coronavirus cases, Gov. Gavin Newsom said Monday.

A total of 28 counties – including Alameda, Contra Costa, Santa Clara, Napa, Santa Cruz and Solano counties – will be moved into the most-restrictive “purple tier” Tuesday, part of what Newsom described as the state “pulling the emergency brake” on its reopening plans.

In addition, Marin, San Francisco and San Mateo counties moved into the red tier, the second most-restrictive tier in the system.

According to Newsom, the state has seen its quickest increase in new cases statewide over the last 10 days since the pandemic began in earnest in March.

“Every age group, every demographic, racial, ethnic (group) in every part of the state, we are seeing case rates increase and positivity rates increase as well,” Newsom said during his Monday afternoon briefing on the pandemic.

“We are seeing community spread broadly,” he added.

The only counties in the greater Bay Area that did not move to a stricter tier were Sonoma and Monterey counties, which were already in the purple tier.

The state tweaked the way counties are assigned to tiers, moving them to a more-restrictive tier after only one week of rising cases rather than the previously established two.

The state will also move counties across multiple tiers if their rate of viral spread is high enough and will begin assessing tiers several times per week rather than every Tuesday, as it had since announcing the tier system at the end of August.

Several of the counties that will move to the purple tier, such as Alameda and Contra Costa counties, were already on track to move into a more-restrictive tier by Tuesday.

While the virus’ spread across California is on the rise, Newsom argued the state is far more equipped to handle the surge than it was in the early months of the pandemic, when beleaguered states bid against each other for necessary items like ventilators, surgical gowns and other personal protective equipment.

The state has 11 surge facilities with nearly 2,000 beds throughout the state that are able to support overwhelmed hospital systems for up to 96 hours.

According to Newsom, one of those facilities is expected to prepare to open in Imperial County over the next week.

The state’s inventory of personal protective equipment sits in the hundreds of millions, including 180 million N95 masks, 23.9 million face shields and 64.5 million gowns.

“We’ve been very active in building up those supplies, including those surge facilities throughout the state,” Newsom said.