New cases of COVID-19 trending up in Santa Clara County 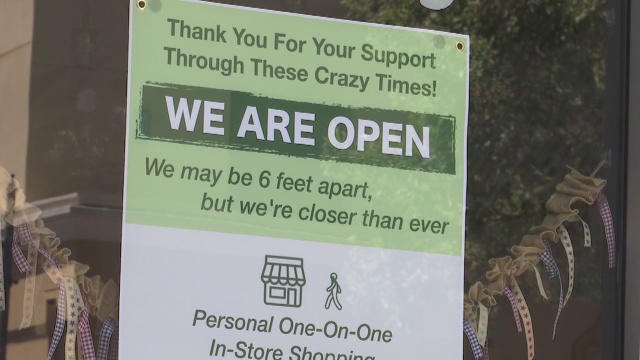 It’s been about a week and a half since the shelter orders were relaxed in Santa Clara County. In that time, new cases of COVID-19 are trending up slightly.

Officials say the higher numbers are not unexpected and that it’s too soon to account for the uptick.

Some of the new cases are the result of stepped up testing but officials say it is simply too soon to say to what extent the easing of shelter restrictions is having on the numbers.

With an uptick of new cases of COVID-19 in recent days, Santa Clara County attributes part of that to more testing in high risk populations but the jury is still out on whether the relaxing of the shelter order a week and a half ago might also be a factor, says spokesman David Campos.

“We have to wait to see what happens in the next week and a half to have a better understanding of whether or not, what we open really did lead to a problematic increase or not,” Campos said.

As of Sunday, Santa Clara County reported 40 new cases, bringing the total number of cases to 3,197.

One new death was reported, bringing that total to 151.

The county is averaging about 37 new cases per day, up from about 20 per day prior to that.

Reflecting another more optimistic trend, the number of new cases over the last 14 days is less than 25 per 100,000 residents, which means the county is passing one of the governor’s performance metrics that will guide future decisions about opening further.

“The question for us is, you know, what is the trend for the remaining week and a half. We opened up a lot of the county a week and a half ago and what we indicated at that point is that we’d wait at three week incubation period to see where the numbers go. Right now the increase is happening but it’s actually a pretty modest increase, nothing really surprising given the level of testing and given the openness that has already been put in place,” Campos said.

Another key indicator in tracking the spread of the virus is hospitalizations.

Currently there are 54 patients that have been admitted, 15 of those are in an intensive care unit.