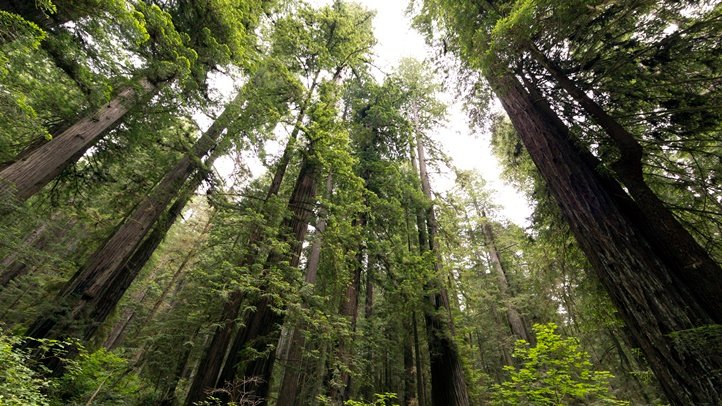 A sprawling redwood forest north of San Francisco has received permanent protection under a deal between a Bay Area environmental group and a family who has owned it since 1925.

Under the agreement, Save the Redwoods League paid $24.7 million to buy a conservation easement over the sweeping Mailliard Ranch, located about 80 miles (130 kilometers) north of San Francisco in Mendocino County, the Mercury News reported Friday.

The forest will not be open to the public. The family will continue to own the property and be allowed to conduct commercial logging — at half the rate currently permitted under state laws — on second-growth redwoods there, as it has done for generations. But more than 1,000 acres of land will be preserved forever, while 69 legal parcels that could have been divided into ranchettes and vineyards will be retired.

“Our vision isn’t to make a park out of every acre of redwood forest,” said Sam Hodder, president and CEO of Save the Redwoods League. “We want to make sure we don’t lose any more of it.”

The ranch is located in Anderson Valley, between Yorkville and Boonville. It is about 10 miles (16 kilometers) inland from the coastal town of Gualala, which sits on the border of Sonoma and Mendocino counties. The property is home to golden eagles, black-tailed deer, northern spotted owls, Coho salmon and steelhead trout, along with at least 159 native species of plants.

It also includes 28 miles (45 km) of streams, and the headwaters of the Garcia and Navarro rivers.

The ranch was in an area of California that was being heavily logged when Jack Ward Mailliard Jr., and his wife, Kate, purchased it in 1925. A friend of former Gov. Earl Warren, Mailliard also served as president of the San Francisco Chamber of Commerce and chairman of the board of the California Academy of Sciences. Kate revered the trees, particularly an area known as Cathedral Grove, her grandson remembers.

“The old growth built San Francisco twice, so there isn’t a lot of redwood, true old growth, left in the area,” said Larry Mailliard, general partner of Mailliard Ranch. “Cathedral Grove was my grandmother’s favorite. Grandmother’s philosophy was, ‘Why go sit in a 100-year-old church when I could go talk to a 2,500-year-old tree?’”

The deal, which closed earlier this month, links to roughly 67,000 acres of other preserved redwood lands between Anderson Valley and Gualala, many which also have sustainable logging plans and conservation easements.