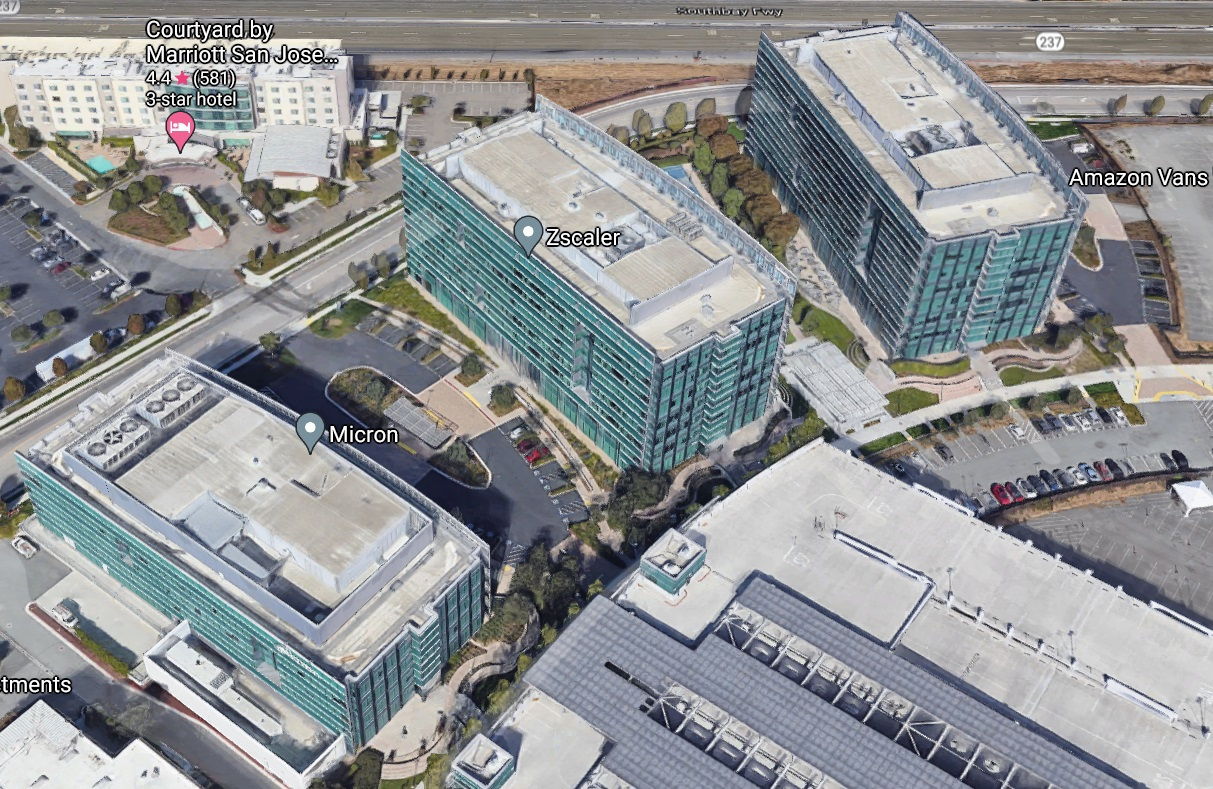 An East Coast private equity firm has bought a landmark tech hub in north San Jose for more than a half-billion dollars, a mega-deal that underscores how real estate investors are pouring money into Silicon Valley.

HQ @ First, a San Jose tech complex with three office towers next to State Route 237 near North First Street, has been bought by an affiliate of KKR, a worldwide investment firm, in a deal that produced a hefty profit for the seller.

KKR paid $535 million for the office complex, which has addresses of 110, 120, and 130 Holger Way, as well as a big parking garage at 95 Headquarters Drive that is next to the offices, according to documents filed on July 30 at the Santa Clara County Recorder’s Office.

“HQ @ First is one of Silicon Valley’s most iconic campuses,” Newmark said in 2017 in describing the tech center.

New York City-based KKR obtained a $408 million loan from JPMorgan Chase at the time of the purchase, the county documents show.

“HQ @ First is a marquee property with great amenities, including onsite lab facilities, and access to Silicon Valley’s immense pool of talent,” said Justin Pattner, a KKR partner and head of one of the company’s real estate units.

The complex has a track record of enabling its sellers to harvest robust profits.

In 2019, Mori Trust, a Japan-based developer and real estate investor, paid $429 million for the property, whose office buildings total a combined 561,500 square feet.

Micron Technology, a semiconductor company, and Zscaler, a cloud-based security services firm, are the tenants in the office hub.

Plenty of amenities are available next to the just-bought campus.

A retail center whose occupants include Target, shops, and restaurants is adjacent to the HQ @First offices.

A number of on-site amenities also are featured within the tech campus.

“Landscaped paths, natural light, views of the Bay and hills, outdoor BBQ and patio areas, basketball court, top-of-the-line fitness center and locker rooms, a game room, an expansive executive business center, and a 300-plus seat cafeteria” are among the one-site features in the tech hub, Newmark stated.