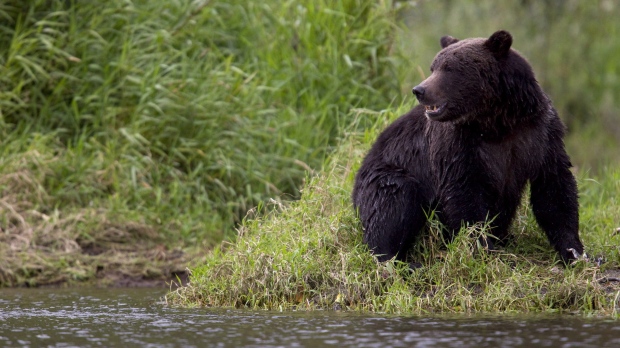 Marin County residents on Friday were still buzzing about the bear that temporarily camped out in a tree on Thursday.

People in San Anselmo said the bear hung out in the tree for hours before it finally came down Thursday night.

It was the most unusual animal encounter Haines has ever experienced in the three decades he’s lived in San Anselmo.

“The wildest thing around here are the squirrels,” he said. “We’ve got a lot of those.”

Juliana Sorem, a veterinarian at San Rafael’s WildCare hospital, said they’ve seen a spike in wildlife patients being brought in this year.

A baby raccoon that was dehydrated and hungry was dropped off Friday morning. The team at WildCare said climate change may be sending animals to new areas.

“We worry that that’s going to become a bigger issue as we go through the summer here and this drought becomes more severe,” WildCare Executive Director Ellen Weisel said.

A bear was also spotted in Cotati and Sebastopol last week, much closer to populated areas than most can recall. Close encounters with coyotes have become all too common as well. Wildlife experts said while it’s tempting to try to help them by giving them food and water, don’t do it.

“Number one thing is don’t feed them,” Sorem said. “I have a feeling a lot of these animals are being fed by people. They see a human and they associate humans with food.”

It’s unclear what brought the bear into San Anselmo. Haines said the bear didn’t bother a thing but hopes it finds a home with its own kind.

“I hope he’s got companions wherever he goes so he feels he’s got a community,” Haines said.