San Jose plans to levy $10,000 fines against people turning the city into a ‘dumping ground’ 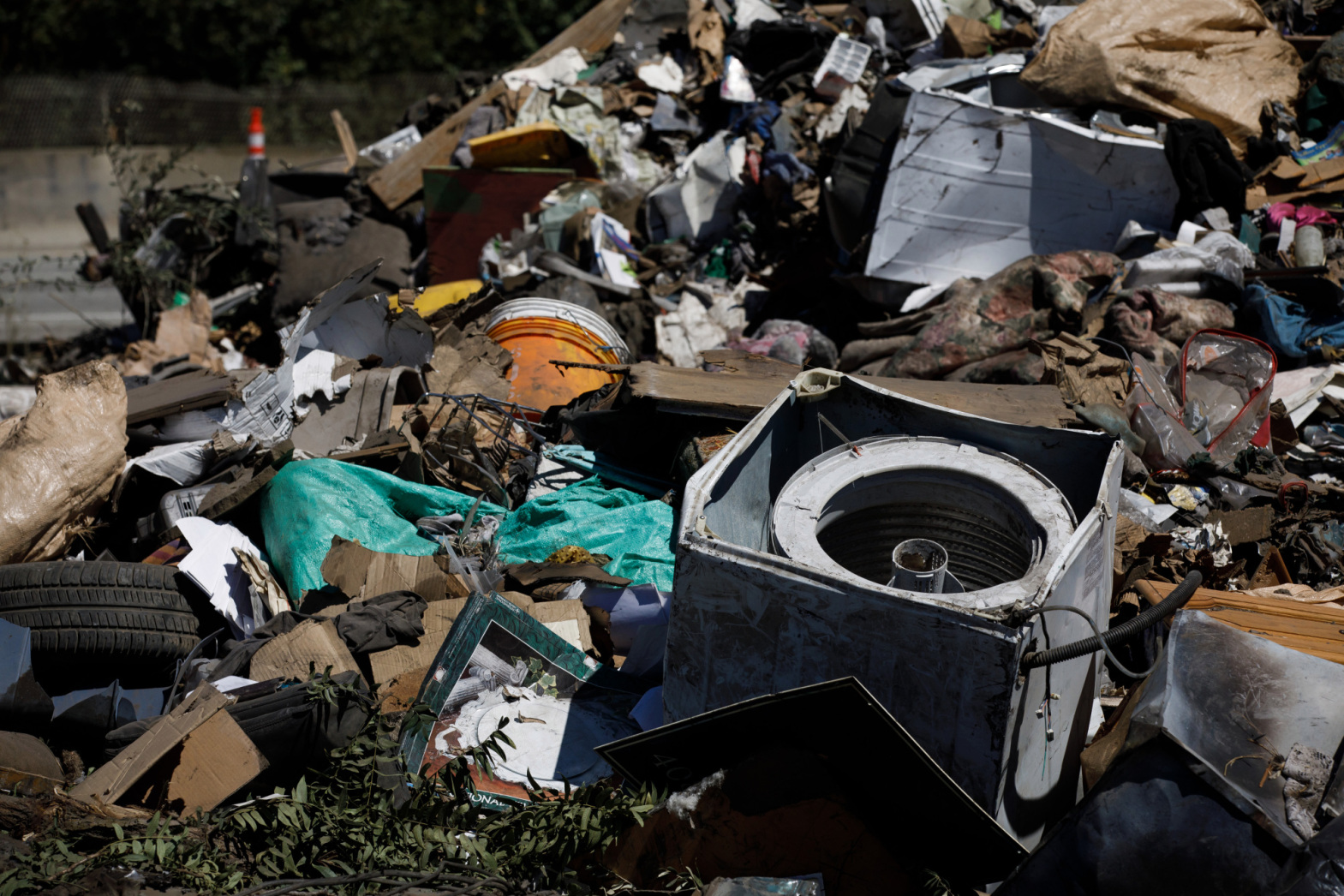 In its latest attempt to clean up growing blight across the city, San Jose leaders plan to levy hefty fines against those who might decide to illegally discard unwanted trash, materials or even furniture on the side of roadways.

“Irresponsible residents emboldened by the lack of enforcement and reduced city services due to the pandemic are turning our streets into dumping grounds,” councilmembers Sergio Jimenez and Raul Peralez wrote in a memo. “…It is time that the city take a strong-handed approach to illegal dumping.”

The proposal — crafted last month by Jimenez and Peralez — has support from at least five of the 11 city councilmembers, but some residents worry that the move could disproportionately harm low-income residents, including those who are unhoused.

Although San Jose has long struggled to curb illegal dumping and clean up the growing number of homeless encampments across the city, the issue ballooned during the pandemic, as agencies halted abatements and many city staff were redeployed from their primary jobs to other pandemic-related duties. And as residents drive by encampments and see trash accumulating, some have apparently felt more liberated to dump their own junk onto the piles.

According to San Jose officials, there are about 200 known homeless encampments and illegal dumping sites across the city. Yet, only about 10% of those are inspected and cleaned up weekly — a routine that would be needed at every site in order to keep the city truly clean, officials stated last year.

City leaders hope that by quadrupling the fine amount for first offenses, residents will be deterred from taking part in illegal dumping.

Jimenez and Peralez wrote in their memo that the increase “sends the clear message that we will no longer tolerate this illegal and harmful behavior, and it establishes serious consequences for those who disrespect our communities by illegally dumping.”

In addition to increasing the fine amounts, the councilmembers have asked the city attorney to consider dolling out monetary rewards to residents who report illegal dumping tips that lead to a citation and fines.

“The residents of San Jose deserve to have pride in their neighborhoods and to enjoy clean and safe city streets,” Jimenez and Peralez wrote in their memo. “We are confident that increasing fines, increasing enforcement, and rewarding residents who report will complement current efforts to clean our City and finally begin to deter illegal dumping.”

Mayor Sam Liccardo and Councilmembers Dev Davis and Pam Foley are all backing the proposal, while also asking that the city do more to raise awareness about options residents have to dispose of items that require special handling, such as using the city’s free junk pick-up program.

A 2019 San Jose State University study found that while 85% of residents living in single-family homes knew about and used the the city’s free junk pick-up program, only 50% of rental properties did.

“We can catch and correct behavior that negatively impacts our community while continuing to find ways to amplify positive behavior,” the mayor and councilmembers wrote in their memo.

While city leaders and many San Jose residents are in support of the hiked up fines, not everyone sees the same benefits that city leaders are touting.

Taylor Clark, a member of the organization San Jose Strong, called the proposed increase in fines “outrageous.” Instead of punishing people, Clark has implored city leaders to increase funding and programming to help them learn how to properly handle their trash.

“It directly harms our unhoused neighbors, fosters a culture of punitive, divisive attitudes to our most vulnerable community members, and does nothing to address the root causes behind trash dumping,” she wrote in a letter to the council.

The councilmembers have proposed delaying the implementation so that proper noticing can take place, creating payment plans or fee waivers for residents with financial hardships or allowing people to take part in community service clean-up efforts in lieu of the fines.

“San Jose needs to take a comprehensive approach to tackling this growing problem,” they wrote.