Who should check your vaccination status? 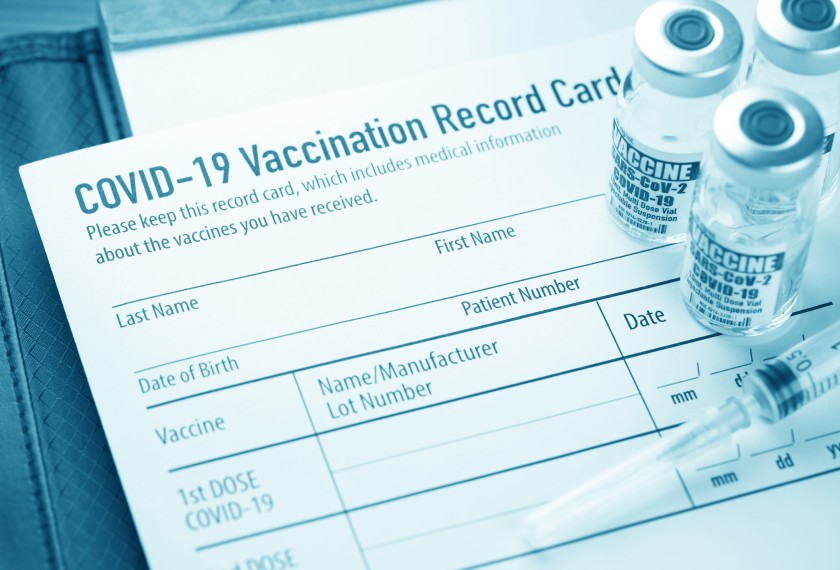 Most Californians are OK with having to show proof they have been vaccinated or tested negative for coronavirus to get into sports stadiums or concert venues, according to a new UC Berkeley poll. But they are a lot less sure about the government setting up a vaccine verification system.

The poll from the Institute of Governmental Studies looked at those significant questions facing California now that 15.8 million residents are fully vaccinated against COVID-19, another 4.7 million are at least partially inoculated and health officials are poised to relax mask mandates next month for people who have gotten their shots.

It found that 63% of respondents supported having businesses require proof of vaccination or negative coronavirus tests to attend large in-person events, much like the San Francisco Giants have done with home games this season. One-third of respondents were opposed.

About the same share of voters agreed that certain businesses should be able to require their employees get vaccinated.

But when they were asked what government’s role should be in the process, voters were far more divided: 35% said they thought the government should set up a “uniform verification system” for vaccinations, while 32% said it should play only a limited role and 26% said it shouldn’t be involved at all.

On each of the questions, pollsters found responses tended to break down along partisan lines. Democrats were far more supportive of verification efforts and a larger role for government in the process compared to Republicans, who other polls have found are more likely to resist vaccination.

“The findings show that even at this later stage, politics powerfully shapes the way that Californians think about vaccination and the reopening of society,” said G. Cristina Mora, the co-director of the IGS poll.

The poll was based on online surveys of 10,289 registered California voters who were invited to participate via email. The survey was conducted in English and Spanish between April 29 and May 5, and has a margin of error of plus or minus 2 percentage points.