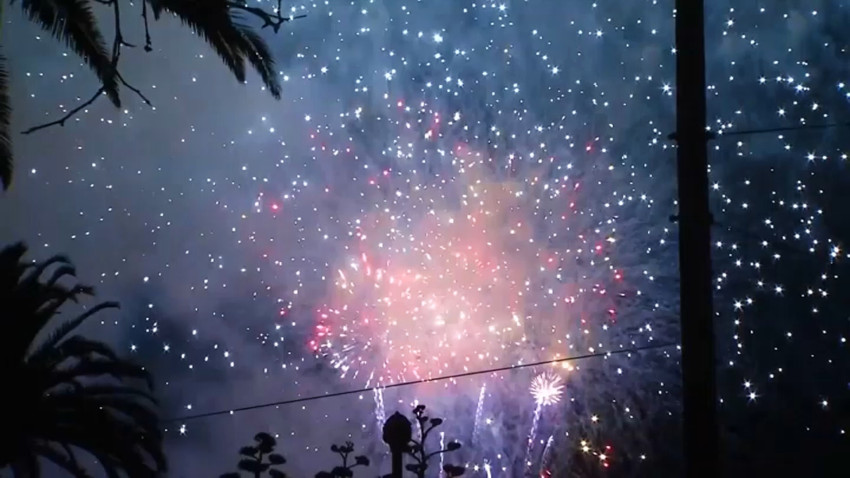 There was so much hope when we rang in 2020 a year ago tonight.

Then, news of a contagious and deadly virus in Wuhan, China that spread quickly around the world.

By March, the Bay Area was among the first in the nation to start closing commerce in an attempt to stop the spread of the coronavirus.

The disease claimed the lives of nearly two million people worldwide in 2020, more than 350,000 Americans and more than 25,400 Californians.

Businesses like Baci Bistro and Bar in Pleasanton, like so many in the Bay Area, can only remember what a regular New Year’s Eve would look like.

“It would be a full house, waiting list and extended hours,” said Baci owner Gabby Agheli.

There’s no live music this year, the tunes and sounds of a partying crowd blasting out the front door replaced by background music.

Empty chairs and tables covered with the one segment of Baci’s business that’s booming this New Year’s Eve – takeout.

“It’s been crazy,” said Agheli. “It’s been sad. But, I think in every moment you’ve got to be positive and look at the bright side. I think the world got a lot closer in ways, and I think it made you appreciate the smaller things in life.”

Like many restaurant owners, Agheli believes restaurants and breweries should still be allowed to do business outdoors. It’s something she didn’t think she’d have to be lobbying for as she closes out 2020 with a handful of employees.

She and her staff hope they will be ringing in 2022 with a packed house.

She said she hopes the vaccines prove to be effective and there’s a way to get them to people fast enough to make that 2021 New Year’s Eve a reality.

But, for now, she said she thinks everyone masking, distancing and sanitizing is the best way to get some freedoms and businesses back while we wait for widespread vaccinating to be completed.