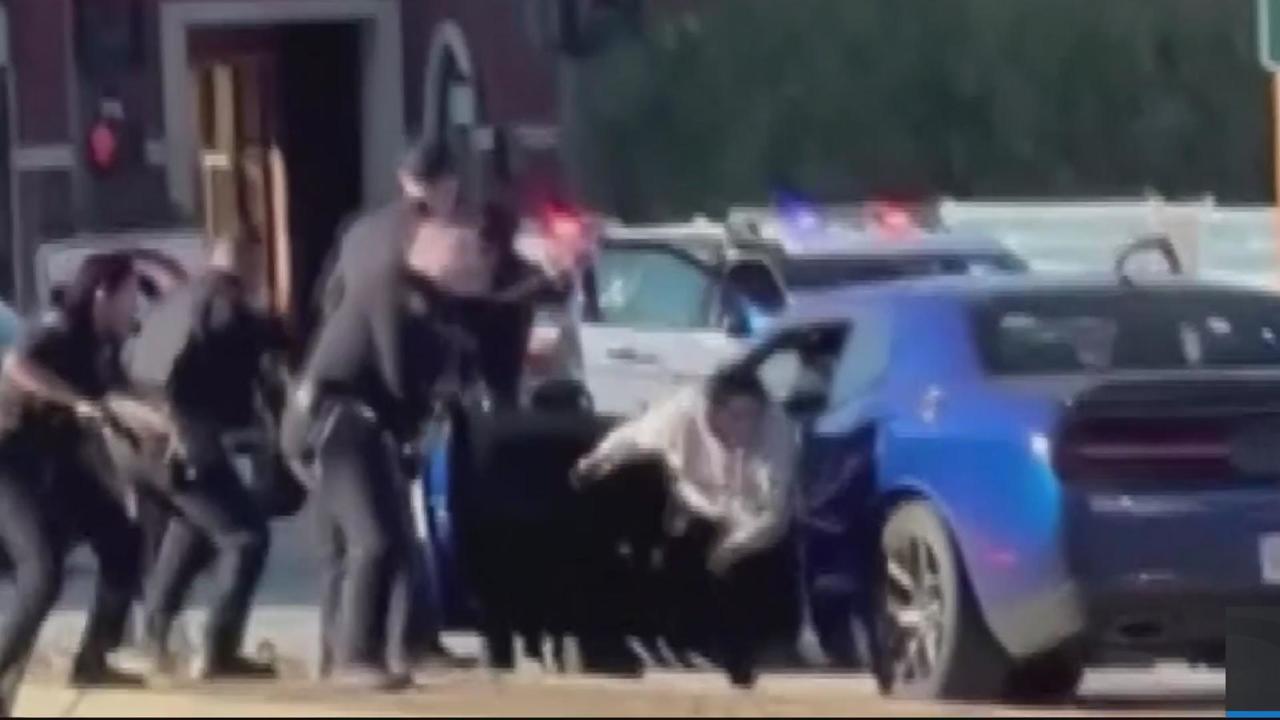 Police in Redwood City shot and killed an armed man using children as a shield during a suspected domestic violence incident Tuesday, according to the police department.

The incident began around 3 p.m. when police received an unresponsive 911 call in which a woman was heard calling for her children, police said. They were able to track the call via a cell tower that indicated it came from the 1500 block of El Camino Real.

When responding officers arrived at that scene, they saw a 36-year-old man inside a car with a gun nearby.

The man eventually began firing at police, and that’s when police fired back.

“At one point the man got out of the car with the firearm, several shots were fired by officers that were at the scene from different locations that surrounded that car,” Mulholland said.

The man was taken to a hospital, where he later died, police said.

Police said the children were unharmed, and the woman suffered injuries unrelated to the shooting. She was taken to a hospital for treatment, but her condition was unknown.

A 10-year-old, who was able to escape before officers arrived, was later found at a nearby business. The relationship between the involved individuals was unknown.

Witnesses were rattled by the gunfire.

“We all just kind of ducked and hid there until the firing stopped and I heard someone say ‘he is down,’” said witness Kevin Jacoubowsky.

He was just a few feet away from the chaos. His father was able to shoot a video where you see a group of officers swarm in and pull people out of nearby cars with the sound of gunshots in the background.

“My heart was just instantly going from 60 to 180. It was racing really fast,” said Jacoubowsky.

Police have not identified any of the people involved but did say the suspect had had prior contacts with police.

The San Mateo County District Attorney’s Office is investigating the incident, and the officers involved were placed on administrative leave, as is customary during a police shooting investigation.