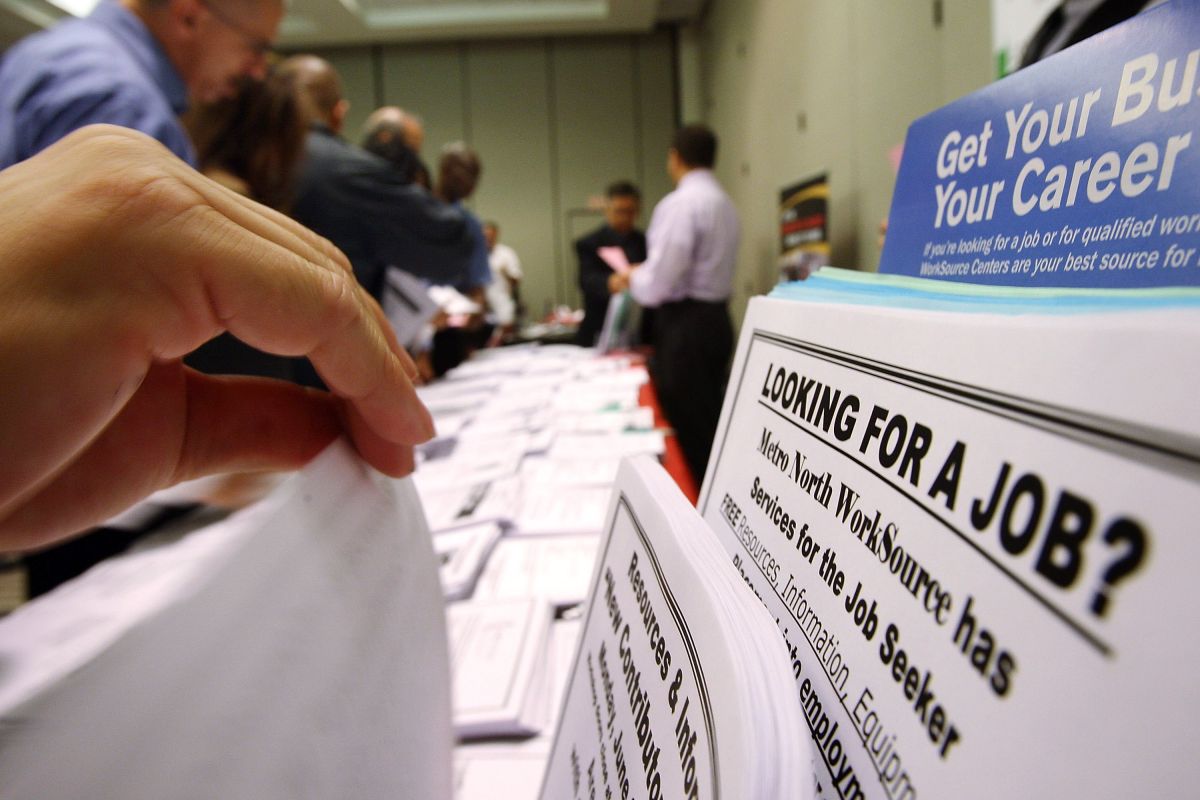 A new state policy may require nearly 900,000 Californians to return their unemployment benefits because they weren’t working or looking for work, but some researchers worry the clawback campaign could force low-income individuals to pay back thousands of dollars they no longer have.

The state Employment Development Department began issuing notifications of the proof-of-work requirement last month to one-third of California’s 2.9 million Pandemic Unemployment Assistance recipients. The federal program, which ran from March 2020 and ended in September, was aimed at helping people who don’t usually qualify for unemployment benefits because they are freelancers or small-business owners.

The state is asking them to prove, retroactively, that they were working, or planning to work, prior to filing their unemployment claim — a standard requirement for getting benefits.  If they can’t provide that documentation, they will be classified as ineligible and asked to give the benefits back.

A full repayment could be over $32,000 if a recipient received full benefits throughout the program. In addition, if a claimant offered false information, the state could impose a 30% penalty. Some experts are now suggesting giving recipients a pass even if they can’t prove their eligibility.

“We should be saying, ‘Look, if you got unemployment insurance benefits during that time, you’re fine,’” said Chris Hoene, executive director of the left-leaning California Budget & Policy Center based in Sacramento.

“If the concern is fraudulent claims,” he added, “then do the work to fix the administration of the system” instead of requiring recipients to prove they qualified for the benefits.

​It’s not clear where lawmakers stand. Democratic Assemblymember Tom Daly of Anaheim, chair of the Assembly Insurance Committee, which has oversight of the EDD, did not return a request for comment. Assemblymember Chad Mayers of Yucca Valley, an independent serving as vice-chair of the committee, also didn’t respond.

The chair and vice-chair of the Senate Labor, Public Employment, and Retirement Committee — Democrat Dave Cortese of San Jose and Republican Rosilicie Ochoa Bogh of ​​Yucaipa — did not respond to requests for comment.

The EDD noted that the repayment policy is a federal requirement, passed by Congress in the Continued Assistance for Unemployment Workers Act in 2020. EDD acknowledges it can waive repayment if the overpayment was not the recipient’s fault, not fraudulent and if repayment would cause extraordinary hardship.

The new policy is an attempt to claw back an estimated $20 billion lost to fraudulent claims in California. But McGregor Scott, a former U.S. attorney who has been leading a state investigation into unemployment fraud, doesn’t believe EDD’s repayment policy will recover much.

The state’s immense loss came after EDD, inundated with unemployment claims early in the pandemic, began expediting the process by waiving a proof-of-work requirement. Investigators have said the rollback allowed organized crime and prison inmates to siphon money from the state through fraudulent claims.

Recipients who receive EDD notices must use pay stubs, tax returns, business licenses, or job offer letters to prove they were employed or planned to be employed in the lead up to filing their claim.

Those who filed on or after Jan. 31, have only 21 days to send documentation. Those who filed before that date, and received a payment after Dec. 27, 2020, have 90 days to comply.

“We probably need to implement this with compassion,” said Jesse Rothstein, a professor of public policy and economics at UC Berkeley. “We won’t be able to collect in every case.”

Even before the pandemic, nearly one in three Californian households struggled to pay for basic necessities, according to the United Ways of California. During the pandemic, a report from the Ludwig Institute for Shared Economic Prosperity found that 4.8 million Californians were seeking, but unable to find, full-time work that paid a living wage.

A recent report by Tipping Point Community, a nonprofit focused on alleviating poverty in the Bay Area, estimated that 200,000 of the region’s residents were kept out of poverty because of expanded support from government and charitable organizations.