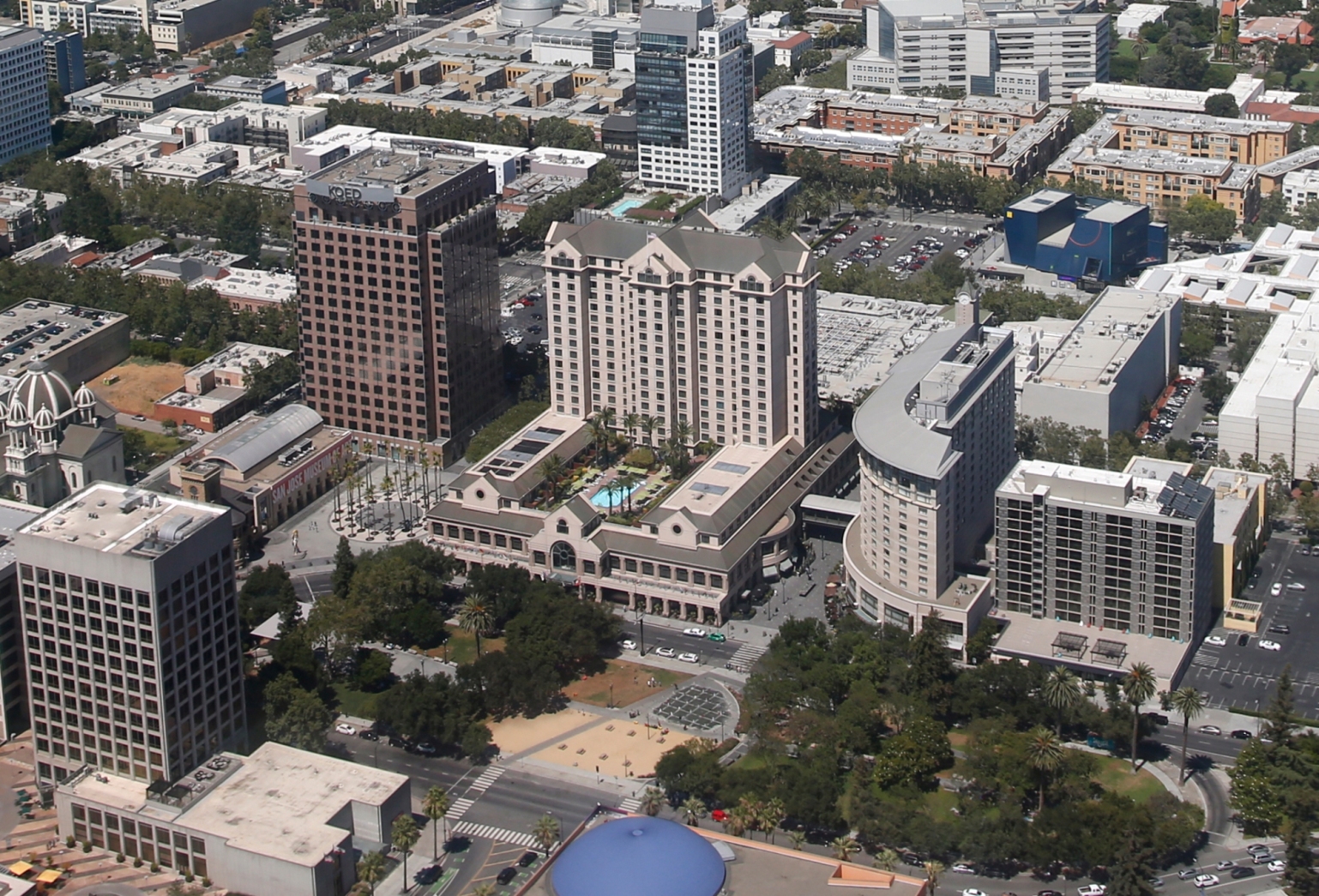 A shuttered landmark hotel in downtown San Jose is slated to reopen sometime during the early months of 2022, a key lender has told investors and regulators.

Operated for more than 30 years as the Fairmont San Jose, the 805-room hotel filed for bankruptcy and closed its doors in March 2021.

After emerging from bankruptcy in August 2021, the double-tower hotel is being re-branded under the new name Signia Hilton San Jose.

Now, the hotel could be heading for a reopening date in early 2022, BrightSpire Capital, the principal lender for the hotel property, disclosed in a regulatory filing posted on Nov. 3. In the filing with the Securities and Exchange Commission, BrightSpire referred to the property as the San Jose hotel.

“The San Jose hotel is scheduled to reopen in the first quarter of 2022,” BrightSpire stated in the SEC document.

BrightSpire Capital executives said the principal owner of the hotel property, a group led by East Bay business executive and real estate investor Sam Hirbod, was able to conclude the bankruptcy in rapid fashion. The Hirbod-led group was the borrower on the BrightSpire financing.

“We applaud the borrower’s efforts to get through bankruptcy quickly,” Michael Mazzei, BrightSpire’s chief executive officer, told Wall Street analysts during a conference call on Nov. 3.

The lender also noted that the Hirbod-led group kept pumping money into the hotel property even during the bankruptcy proceeding and throughout the coronavirus-linked slowdown for the leisure, travel, restaurant and hospitality businesses.

“We applaud the borrower’s efforts to keep funding the property, which is the reason why we stuck by that borrower,” Mazzei said. “We did not charge that borrower with default interest during this period because that was our stance during COVID.”

In August, a federal judge brought the bankruptcy to a conclusion by approving a confirmation plan to reorganize the hotel’s finances.

Soon after the bankruptcy began, the hotel owner terminated its management contract with Accor Management U.S. in order to pave the way for Signia Hilton to become the new manager and operator of the hotel.

A big obstacle to the reorganization of the hotel’s finances surfaced in June when the bankruptcy judge handling the case estimated that Accor might have suffered as much as $22.2 million in damages when the hotel owner terminated Accor’s management contract.

However, the hotel owner and the Accor Management group reached a settlement that cleared away the primary obstacle to a financial revamp of the hotel.

Signia Hilton has agreed to provide a $15 million payment to bolster the hotel’s operations and finances. Separately, JPMorgan Chase is providing a $25 million loan as a further bulwark for the hotel.

The ongoing economic woes unleashed by the coronavirus played a big factor in the hotel’s shutdown and financial struggles.

“The onset of the COVID-19 pandemic in the spring of 2020 created challenges, which included lower occupancy rates, weaker financial performance and borrower funding of approximately $18.6 million of shortfalls to maintain operations,” BrightSpire stated in the SEC filing.

That ultimately led to the bankruptcy filing and the lodging’s closure, according to both the lender and the hotel owner.

Now, however, the Hirbod-led group appears confident in the hotel’s prospects.

“We have the right brand and the right team,” Hirbod said in August in comments provided to this news organization. “We are incredibly confident in Hilton’s approach to hospitality, their understanding of this asset, and their marketplace knowledge.”