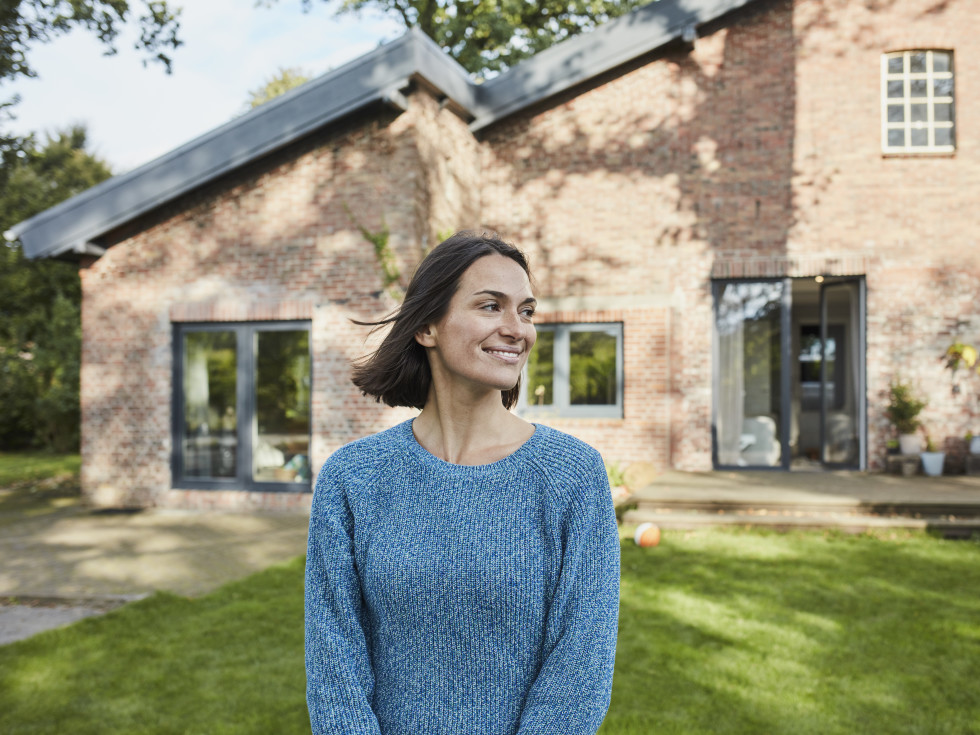 After a lifetime of living paycheck to paycheck as a single mom, Melinda Wolfe resolved to invest in herself and buy a home.

It was anything but easy. The mother of two grown children got outbid on more than 10 homes as Southern California home prices galloped upward by an average of 15% a year — or about $1,600 a week.

She soon got priced out of her target market in Eastvale, then in Murrieta. She finally had to move her home search out of state, ultimately buying a brand new townhome in Las Vegas. Her escrow is due to close Dec. 17.

If she succeeds in getting her new home, Wolfe will become one of the latest in a long line of unmarried female homebuyers who have been outperferforming their male counterparts in getting their piece of the American Dream.

Homebuyer surveys conducted by the National Association of Realtors over the past 40 years show single females have made up the second-largest demographic among U.S. homebuyers since 1981, steadily overshadowing single guys in the housing market.

Realtors released their latest homebuyers survey on Nov. 11 showing that in the year ending in June, divorced, widowed and never-married women accounted for 19% of all U.S. home sales. Unmarried men accounted for 9%.

“Women have been second only to married couples as far back as we have tracked it, which is impressive considering until the 1970s women needed a co-signer for a credit card,” Lautz said.

Although single women traditionally have lower incomes than single men, survey responses show they’re more willing to cut personal expenses to save for a home, she said.

“Women are historically more likely to believe their home is a better financial investment than stocks compared to men,” Lautz said. “They’ll know what their (house) payment is oing to be for the next 30 years. That’s incredibly important to women.”

NAR received 5,795 responses from primary residence buyers who bought a home between July of 2020 and this past June.

The homebuyer survey was conducted periodically 11 times between 1981 and 2003 and annually every year since 2004.

Married couples have accounted for the lion’s share of homebuying all 40 years since the survey began, although their share fell from a high of 81% in 1985 to 60% this year.

The share of homes bought by single men has changed little over the four-decade period and never got over 12%.

Agents interviewed recently about the trend speculated that single women are more nurturing, more likely to value the investment value of homeownership or are more likely to be raising children.

“Because of the nurturing aspect and the need to take care of family, we realize there are things that need to be done to create more stability,” said Long Beach real estate agent Crystal West, a single woman who bought her first home — a four-plex apartment building she shared with her tenants — in 2002. Women value the stability of homeownership and the financial freedom it provides, she said.

“I always wanted a house,” West said. “Yes, you do it when you get married. But I wasn’t going to wait.”

Manhattan Beach agent Amy Cimetta said some of her single female clients were offended by the question about why they bought a home without a partner. Why wouldn’t a single woman buy a home on her own? they asked.

“They’re single longer, so they buy before they get married,” said Cimetta, an agent with Vista Sotheby’s International Realty. “I think it’s more of a societal story that just reflects how old people are when they’re getting married and having children now. All of those are going up.”

Simple demographics provide some clues as to why more single homebuyers are women. For one thing, there are more of them.

“Households with children are more likely to become homeowners,” said an August Urban Institute study into gender and homeownership.

Another factor is women tend to outlive their spouses more often than men, creating a larger pool of buyers with past homeownership experience.

The NAR data is consistent with findings of a 2020 study by the Yale School of Management, co-author Kelly Shue said in an email. Among single male and single female households with similar wealth, women choose to spend more of their savings on house purchases, the study found.

“Single women are more likely to be caregivers of children and other family members, and caregiving is easier if one lives in a house rather than an apartment,” said Shue, a Yale finance professor. “It’s also possible that women on average prefer living in a house over renting.”

Local real estate agents point out, however, that single homebuyers of either gender are rarer in Southern California because of the region’s high cost of housing.

“I have not seen one single buyer — single woman or single man,” said Christopher Foster, broker for Foster Realty Group in Whittier. “With the cost of housing today, you absolutely need two incomes.”

Hungry for the house

Sussan Motta, 48, said it took her 10 years of saving and straightening out her credit before she was able to buy a home.

A divorced mother who raised her son and two daughters on her own, Motta lived in several West Covina rentals for 20 years before moving into her own two-bedroom, two-story townhouse in Claremont last August.

The paralegal first started thinking about buying a home in the early-2000’s. She was tired of not being free to do what she wanted in her home. And almost all of her co-workers were homeowners.

In 2010, she attended a homebuying seminar taught by local agents. After class, she stuck around for an hour to run her credit to see if she qualified. She did not. Her credit score had too many dings. But she shouldn’t let that deter her, the agent said. He gave her a list of things to work on.

“He said, ‘You have to be hungry for the house, decide what you want and stick with it,’ ” Motta said.

Over the next five years, she worked on improving her credit score, paying bills on time and getting negative notices removed from her credit report. She studied the market and spent five years more saving for a down payment.

By September of 2020, she was ready to start looking. She reviewed at least 50 homes and toured 30, getting outbid on at least 10. But her offer finally got accepted after she offered $20,000 below the asking price on her new home in June. Her monthly house payment and homeowners association dues come to just $116 more per month than she had been paying in rent.

“I was like a unicorn because that was uncommon for a single woman with children to be looking for a home,” Motta said.

Wolfe, the Compton native, said never in her wildest dreams would she have considered moving to Las Vegas.

But the market changed so fast in the 16 months she spent house hunting, and the struggles to win a bid or close her one escrow in Murrieta were so difficult, she soon found there was nothing in her price range.

The idea of leaving California began to make sense.

“By the time I fell out of escrow in July, there was nothing on the market (I could afford). Everything was going in the $400,000’s and higher,” she said. “At my church, a lot of people were leaving California because the prices were so high.”

Wolfe considered moving to Texas and Arizona before settling on two of three model townhomes in a new part of north Las Vegas that was coming up for bid. She was one of 54 bidders trying to buy one of those homes, so she pushed her bid to the limit, offering $348,000 for a three-bedroom, 1,400-square-foot townhome.

Her bid was accepted. Wolfe will move into her new home with one of her daughters if the escrow closes as planned.

“I’m keeping my fingers crossed nothing comes up to block the Vegas purchase,” Wolfe said. “It’s been my dream (to own a home) my whole life.”