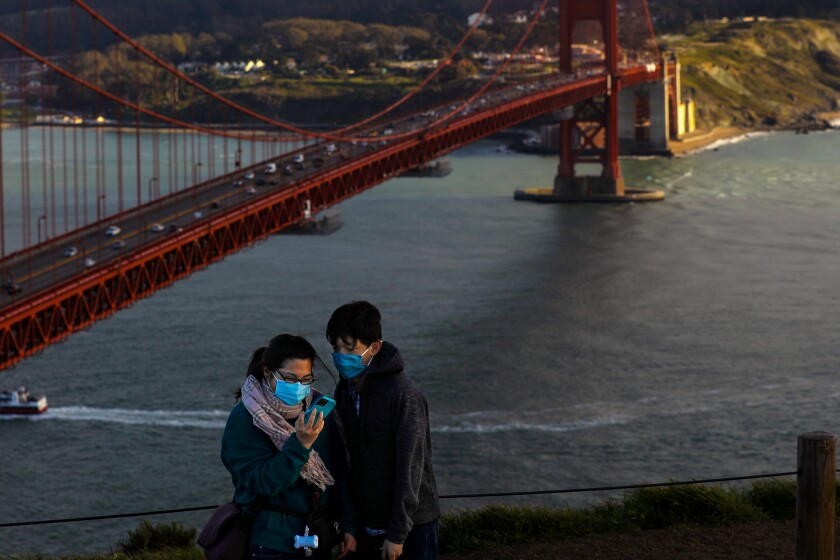 Two weeks from now, California’s mask mandate is scheduled to expire and Gov. Gavin Newsom said the state is working on new guidelines.

Some doctors are pushing for mask freedom, while others would like to see more data.

“We are asking for a quick pivot for kids when county and state health officials have decided that it is time to lift the mask mandate,” UCSF Dr. Jeanne Noble said.

“What we would like to see if that is not going to be extended for adults, that is also the moment in which we lift the mask mandate for our kids,” said Noble, who has been on the front lines during this pandemic.

Her colleague Dr. Peter Chin-Hong has been there as well, and he has a slightly different point of view.

San Francisco isn’t waiting until Feb. 15 to make mask changes. The city made a reversal again Tuesday. Some people who work, or work out in the city, can stop wearing a mask if they’ve been vaccinated and boosted.

Local health officials have been talking about what to predict in the coming weeks once omicron infections subside.

All across the Bay Area and the state, case rates and test positivity are steadily dropping, but Dr. Chin-Hong said there are things we should watch out for before we let our guard down.

“The new variant BA.2, the Super Bowl, the last game from last weekend between the 49ers and the Rams,” he said.

Some doctors said the bottom line is no one knows for sure if getting rid of a California mask mandate is premature or not.