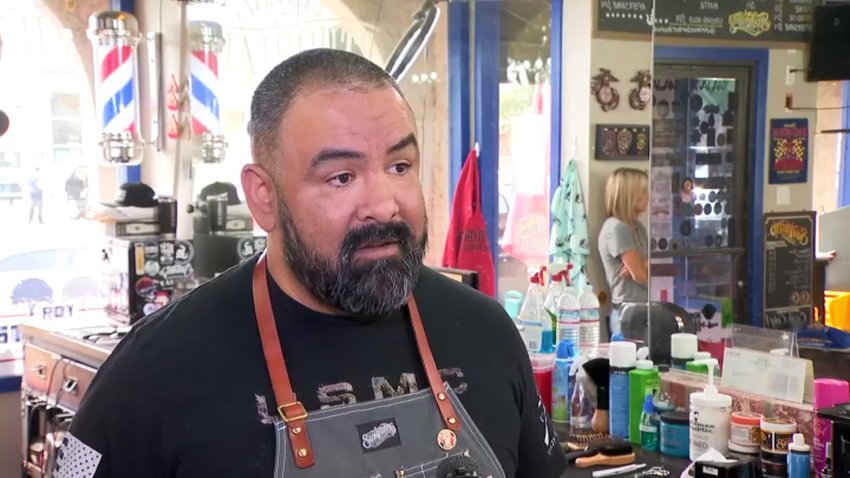 A local barber at the center of a high-profile fight over COVID-19 restrictions has just had his license suspended by the state — and says he would take the same stand all over again.

Juan Desmarais, owner of Primo’s Barbershop in Vacaville, said the California Board of Barbering and Cosmetology sent him a letter saying that both his barber and establishment licenses have been permanently revoked, effective March 25.

The state says the move comes after he repeatedly defied a public health order in the spring by staying open when his shop should have been shut down. NBC Bay Area spoke with him several times as his fight unfolded.

“I feel it’s very unconstitutional, there is no need for it,” said Desmarais. “As we get further along in this pandemic, it’s more obvious that the state is gunning for small businesses and letting big box stores stay open and the rich get richer. So we stood our ground and stayed open.”

Desmarais said he did it so the other barbers working at his shop could keep feeding their families.

The State Board of Barbering and Cosmetology has not yet responded to a request for comment.

So, what’s next for Desmarais?

“It’s gonna force me to sell my shop,” he said.

He said he plans to open barbershops in other states. He also said he has no intention of mailing back his licenses.

“I’m going to burn those two pieces of paper,” he said.

He said he even plans to hold a burn party where clients can come and watch him torch the licenses.

While he soon won’t be able to cut hair in California, the Marine and former Solano County correctional deputy said he doesn’t regret his decision to stand up for what he believes.