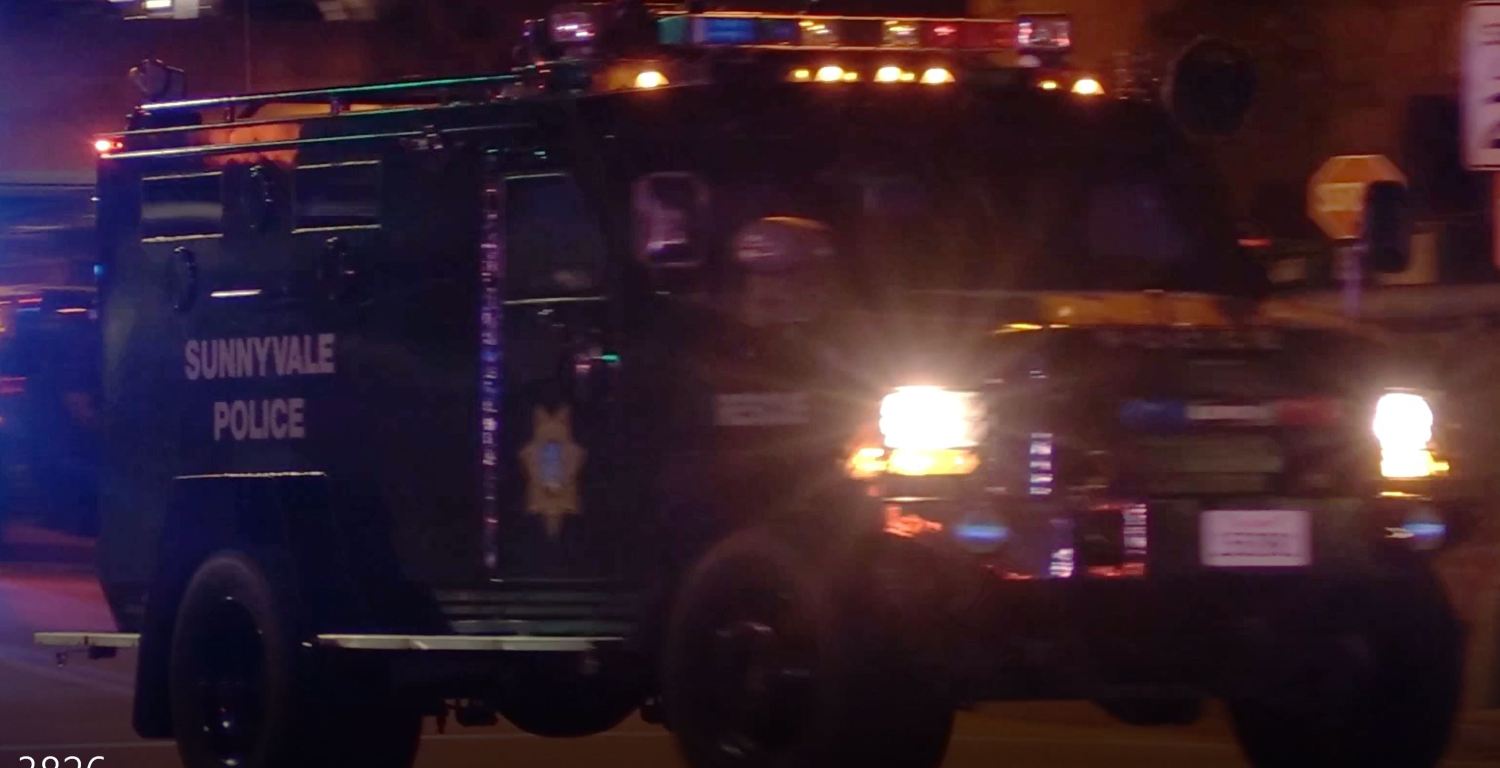 For the second time in a week, SWAT teams and officers surrounded the Santa Clara County jail early Sunday after a driver slammed though a security gate in the garage and refused to surrender.

An unidentified suspect intentionally rammed a tan-colored SUV through the East security gate and drove into the lower-level parking structure of the jail located in the 100 block of W Hedding St.

Video of the scene showed other officers on a perimeter outside the jail and a techical team from the Sunnyvale Public Safety Department arriving on the scene.

After a brief standoff, 51-year-old Modesto Esquivel was taken into custody. The collision caused significant damage to the security gate. No one was injured and Esquivel was booked into the jail for damaging jail property.

No motive was release as to what motivated Esquivel to brazenly ram through the gate.

On Wednesday, a handcuffed suspect being taken to the jail by San Jose police was able to gain access to an officer’s gun, which had been secured in the back of a patrol inside the jail’s garage.

According to Low, a San Jose police officer had driven down the ramp toward the inmate intake area of the jail at 1:39 a.m. when Castro managed to break into the cargo area of the vehicle and access the officer’s gun.

“The officer did attempt to restrain him and stop that suspect when he realized that something was going on,” Low said.

A source told KPIX that Castro was kicking the windows as he being taken to jail, and that he was able to get his handcuffed hands to the front of his body.

He then kicked the plexiglass between the back seat and the trunk where the gun had been secured by the officer moments before, the source said.

According to Low, the officer had placed all his weapons in the rear compartment as they are trained to do before moving suspects out of the car to complete the booking process.

“Once the suspect had control of the firearm, the officer ran to a safe location and called for assistance,” Low said.

Sources told KPIX that Castro was able to fire at least a half dozen rounds toward the officer before he ran to safety, and that Castro was locked inside the SUV the entire time.

Deputies and officers from the sheriff’s office and police department, as well as the Santa Clara Police Department and the California Highway Patrol arrived to help take Castro into custody.

The Sheriff’s Emergency Response Team and Crisis Negotiation Team also responded to the jail as Castro continued to shoot, according to a press release from the Santa Clara County Sheriff’s Office.

After a nearly four hour stand-off, Castro surrendered and was taken into custody at 5:48 a.m.