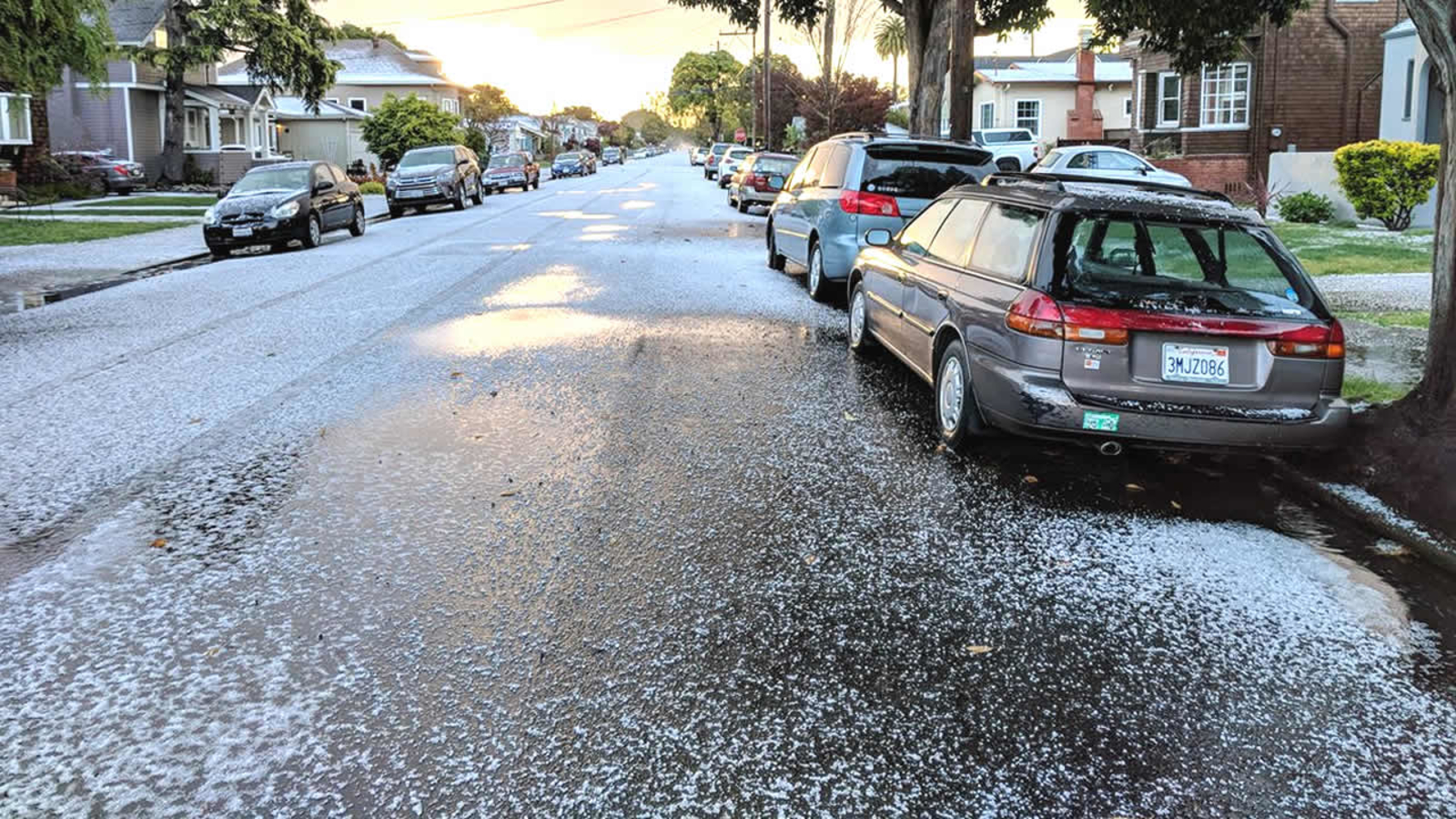 The weekend storm brought rain, hail and even snow to parts of the Bay Area.

Some Bay Area roads were slick with rain coming down Sunday evening.

Firefighters had to clear a fallen tree from Highway 9, in Saratoga. A picture of the incident was tweeted from Santa Clara County Fire.

The highway was open, but the department warned drivers to watch out for crews clearing other fallen trees.

There was even some snow in parts of the Bay Area.

Mount Hamilton got some snow as the Lick Observatory posted a picture of it. They had to close the roads on Hamilton for safety.

The National Weather Service said that nearly all the Bay Area received at least an inch of rain during a 24-hour period between Saturday and Sunday mornings.

Those totals didn’t count Sunday afternoon or overnight into Monday, when smaller amounts are expected, the NWS said.