What’s next for Elizabeth Holmes? 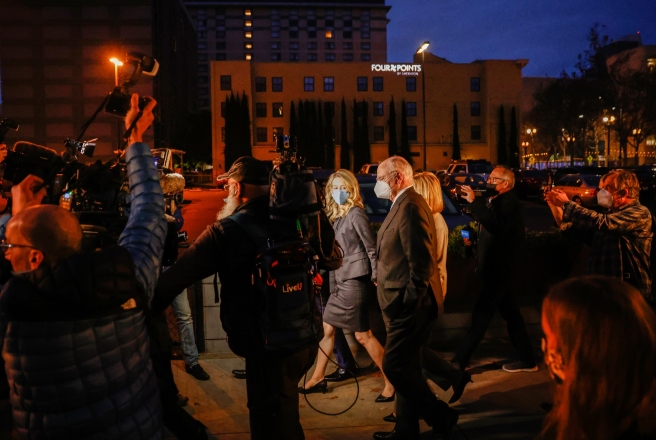 But the saga is far from over. Holmes still has to contend with sentencing, a potential appeal, and three additional charges the jurors didn’t reach a verdict on.

So what happens now? Here’s a look at the next steps.

Q. What was Holmes convicted of?

Q. How much, if any, time will Holmes spend behind bars?

A. That’s still an open question. Each of the four counts of fraud carry a maximum sentence of 20 years in prison, but the actual amount of prison time Holmes will serve will be determined later at a sentencing hearing.

Stanford University law professor Robert Weisberg guesses Holmes may be sentenced to between one and three years in federal prison.

“I’ve been guessing all along – and it’s still a guess – that she’ll get some prison time. Not a huge amount,” he said. “The fact that she wasn’t convicted on a majority of the counts argues for a somewhat smaller sentence.”

There are several factors that could lead to a more lenient sentence for Holmes, said former Santa Clara County prosecutor Steven Clark.

“She has a lot going for her – the lack of any record. I’m sure her defense team will put together a good package about her as a new mom and someone who has lived an honorable life other than this, and it was a nonviolent crime,” he said. “But at the end of the day, millions and millions of dollars were lost and that’s not going to be lost on the sentencing judge or the government.”

Q. Is she in custody now?

A. Holmes was not handcuffed or taken into custody following the verdict. Instead, she exited the courthouse with her partner, Billy Evans, and her family, and remains free.

Judge Edward Davila said he expected to set a hearing for next week to reconsider Holmes’ bail. Prosecutor Jeff Schenk said the government wants her release conditions changed so she has to put up cash or property, rather than just her signature, to cover her $500,000 bail.

Q. Why did the verdict take so long?

A. The jury spent seven days deliberating while anxious court-watchers sat on the edge of their seats. On Monday, the jurors sent a note to the judge saying they could not come to a unanimous decision on three of the 11 counts Holmes faced. U.S. District Court Judge Edward J. Davila sent them back to try again, but four hours later, the jurors once again said they could not reach a consensus. Davila declared a mistrial of only those three counts, and the jurors delivered the rest of their verdict.

It’s now up to prosecutors if they want to try again to make those three charges stick, but Weisberg doesn’t think they’ll bother.

“The gist of the prosecution succeeded,” he said. “The strongest claim was always about the investors. You’ve got the big conspiracy count about defrauding investors. It’s not clear that conviction on the unresolved counts would affect the sentence all that much.”

Q. Will Holmes appeal the verdict?

A. “Absolutely,” Hagan said. “She should appeal. Like every defendant, you want to make sure that your conviction can stand. And again, that conviction is not final until the appeal’s final.”