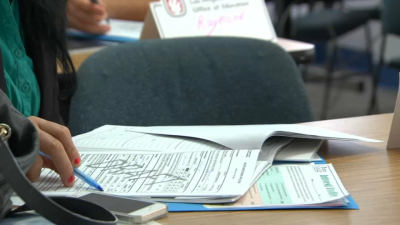 Californians who have been out of work for the past two weeks will be able to file for unemployment benefits starting Monday, as the Employment Development Department is set to begin accepting new claims after a two-week pause.

As of Sept. 30, nearly 1.6 million Californians were waiting for their unemployment checks in an unprecedented backlog that prompted Gov. Gavin Newsom to order the EDD to stop processing new claims for two weeks. The pause would allow the state to catch up and improve its technology.

The state indeed has since upgraded its systems to help speed up benefits payments, reduce fraud and get through the backlog faster. The Mercury News reported Monday that the state is launching new technology to verify an applicant’s identity and reduce fraud.

The new system also automates the process more and frees up EDD workers for other tasks.

The state EDD has been overwhelmed by claims because of the coronavirus shutdown. About 8.8 million Californians have filed for unemployment since the pandemic began, nearly 4.6 million between March and May alone.

Out-of-work Californians who haven’t been able to file unemployment claims for the past couple of weeks should be able to log on to the EDD website starting Monday to begin that process.