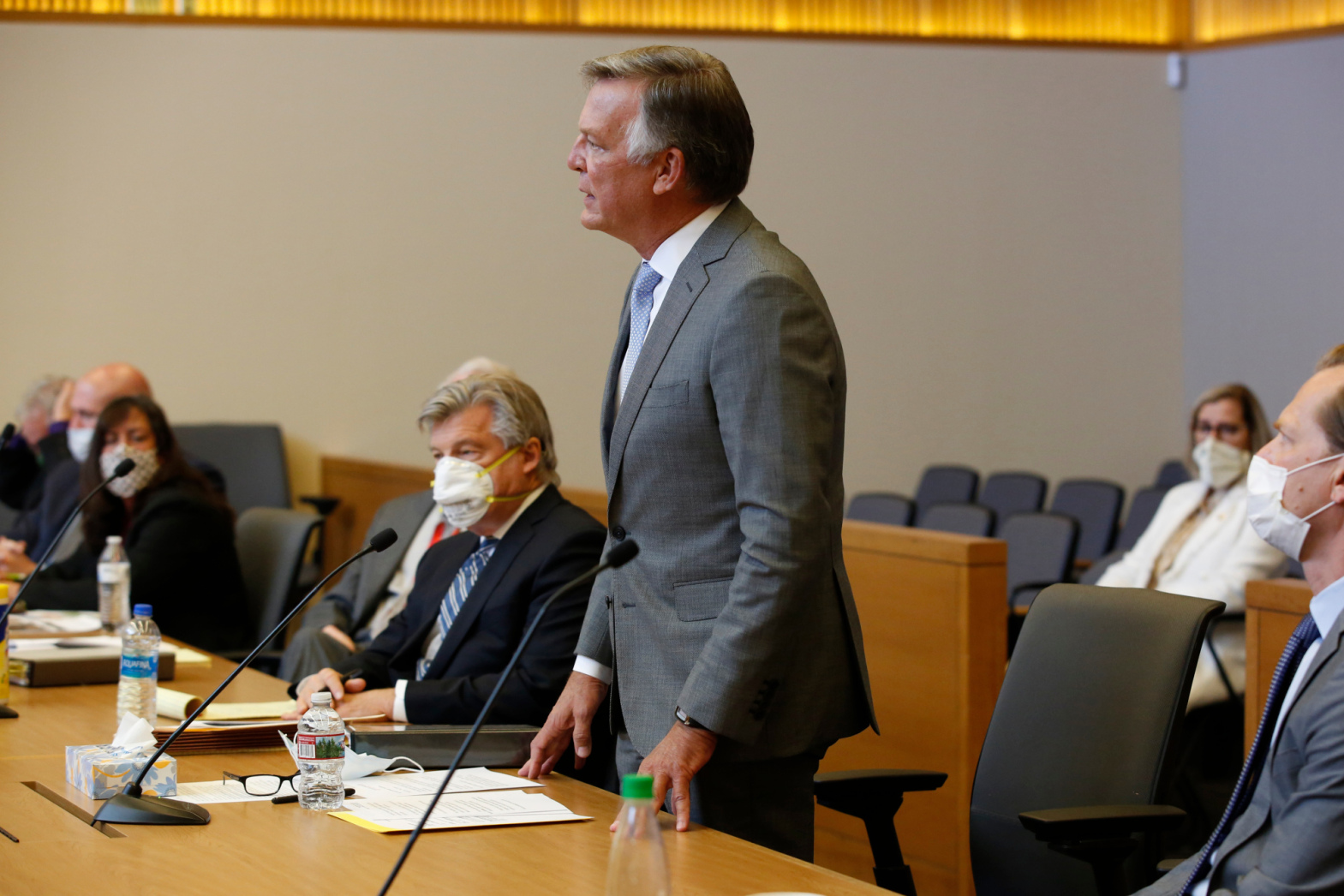 Several top PG&E executives harvested hefty increases in their pay during 2020, a year in which the company emerged from bankruptcy and caused a fatal wildfire in Shasta County, a regulatory filing on Thursday shows.

William Smith, who was interim PG&E chief executive officer during 2020, captured $6.17 million in pay, as measured by his total direct compensation, according to a company filing with the Securities and Exchange Commission. Smith took over as interim — and temporary — CEO in June 2020.

In January 2021, Patti Poppe took over the CEO post at PG&E, a holding company whose principal operating unit is utility behemoth Pacific Gas & Electric Co. Prior to taking the top executive role at PG&E, Poppe was CEO at Michigan-based CMS Energy, a utility company.

Poppe’s base salary for 2021 is slated to be $1.35 million, the SEC filing stated. The new CEO’s long-term incentive award has a target value of $9.25 million for 2021, according to the SEC document.

In addition, for 2021, the PG&E board granted Poppe a one-time award of restricted stock valued at $31.92 million and a one-time cash award of $6.6 million to replace her annual bonus in 2020 from her former company CMS.

All told, seven out of eight top executives with PG&E who were with the company for two or more years corralled major increases in their total direct compensation during 2020, PG&E reported in its annual proxy statement filed with the SEC on Thursday.

Outgoing CEO William Johnson harvested a gain of $1.72 million from the sale of stock options that he had previously been granted.

Interim CEO Smith lassoed a gain of $2.03 million from the sale of stock options, the SEC documents disclosed.

Among the PG&E executives who received higher pay in 2020, as stated in the SEC documents:

PG&E is attempting to bounce back from a decade of disasters ushered in by a 2010 fatal explosion in San Bruno that killed eight and destroyed a city neighborhood. In 2016, a federal jury convicted PG&E of felonies it committed before and after the explosion.

During the past decade, PG&E was found to have caused a string of catastrophic wildfires, including a deadly blaze in Amador County and Calaveras County in 2015, fatal infernos in the North Bay Wine Country and nearby regions in 2017, and a lethal conflagration in Butte County in 2018 that became California’s deadliest and most destructive wildfire.

In 2020, PG&E pleaded guilty to 84 counts of involuntary manslaughter in connection with the Camp Fire in Butte County.

The PUC last year levied a record-setting $1.94 billion penalty on PG&E for its role in the 2017 and 2018 infernos. That was the largest financial punishment ever imposed on an American public utility. It eclipsed the $1.6 billion financial penalty the PUC imposed on PG&E in 2015 for causing the San Bruno blast, at the time also a record-setting punishment.

PG&E last year emerged from a bankruptcy proceeding to reorganize its shattered finances, which buckled beneath a mountain of debts and wildfire-related liabilities. Now the company hopes to push ahead with lasting reforms for how it operates and to steadily increase the safety of its electricity and gas system.

The utility has struck a deal to relocate its corporate headquarters to downtown Oakland from San Francisco. PG&E believes the shift will help it save money. Besides saving money, the company hopes the relocation to a transit-oriented downtown might also help burnish the company’s image.

Still, plenty of challenges loom. On March 22, state fire investigators determined that PG&E’s equipment played a role in causing the deadly Zogg Fire in Shasta County during September 2020. On April 6, a prosecutor filed criminal charges against PG&E for the lethal Kincade Fire in Sonoma County in 2019.

San Francisco-based PG&E, however, clearly hopes to reverse its years of misfortunes, blunders, and criminal acts, as articulated by Robert Flexon, chair of the PG&E board of directors in an introductory letter for the annual proxy statement.

“We are embarked on a new era for PG&E, charting a new path toward a brighter future as a different enterprise, one that we expect will provide better outcomes and more sustainable results for all those who depend on us,” Flexon stated in the SEC filing.