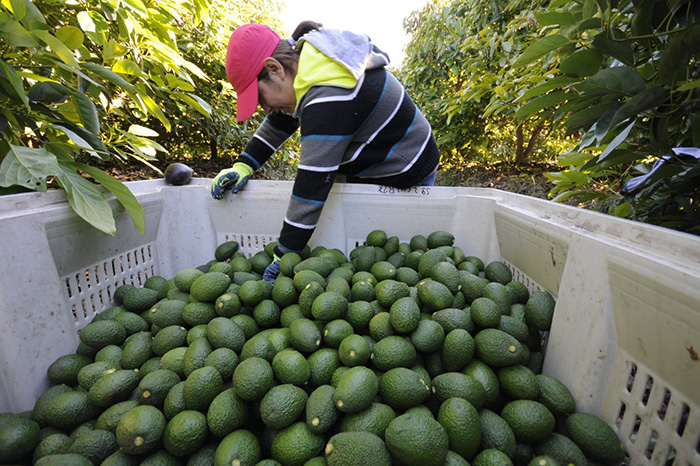 The U.S. ban on avocados from Mexico could be resolved as early as Friday, Mexican President Andres Manuel Lopez Obrador and one of his ministers said.

A resolution on the restart of exports from Mexico should be published Friday, Interior Minister Adan Augusto Lopez Hernandez said at the president’s daily press conference. The U.S. is working closely with Mexico to get inspections back on track as soon as possible, according to a U.S. government official who wasn’t authorized to speak on the record.

“We hope it will be positive and that from next week we can restart the export process on a daily basis,” Lopez Hernandez said.

The import shutdown, triggered by a threat made to a U.S. food inspector, has crippled the critical industry in the coastal state of Michoacan that’s responsible for supplying 80% of American avocado demand. Prices for the beloved fruit had already surged because of labor shortfalls, higher production costs and wage increases, making it one of the many foods that are pushing up the cost of living in the U.S.

“We’re talking about the largest avocado trade flow between two countries in the world,” said David Magana, senior analyst for Rabobank International in Fresno, California. If the ban is resolved, then price hikes will likely be short-lived and return to pre-ban levels, he said.

The resolution to the ban would involve revising and reinforcing the existing security protection agreements between state, federal and export authorities, Lopez Hernandez said.

Around 20,000 tons of avocados worth about $50 million that would normally have been exported since the Feb. 11 suspension are still hanging on trees, one grower in the violence-plagued state of Michoacan estimated.

The ban has been a source of uncertainty for producers in California as well.

“I don’t know if we’ve seen a disruption quite like this one before, so there isn’t really a track record to go by,” said Steve Taft, the president of avocado supplier Eco Farms in California. “If we raise our prices and the ban ends up being only short term, then likely we’ll get stuck with the fruit.”

Small U.S. restaurants that don’t have the buying power of chains like Chipotle Mexican Grill Inc. are also eager for a swift end to the ban.

“If a deal is not met, avocados will come from California but the feeling is that the state will hoard them and there will potentially be very little for other states,” said Tracy Vaught, owner and operator of H Town Restaurant in Houston, Texas, which operates five restaurants, four of which are Mexican food restaurants.

“We, like so many others, are just waiting to hear if a deal is made, and hopeful that there is an agreement as it will be in everyone’s best interest,” she said.