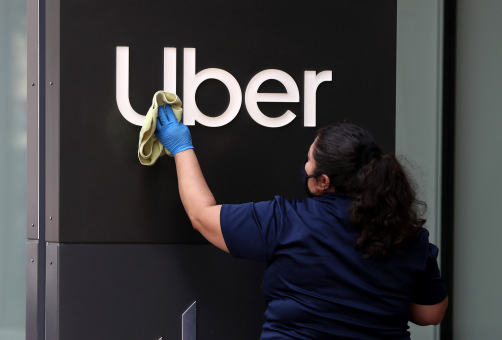 Uber, after admitting last year that thousands of sexual assaults were reported during rides, has been fined $59 million for allegedly defying demands by California regulators to provide details about the reported attacks and its responses to them.

The San Francisco ride-hailing company had said that in 2018, 235 rapes and 280 attempted rapes were alleged to have occurred, along with 1,560 cases of groping and 970 incidents of unwanted kissing. The numbers were similar in 2017, according to Uber’s publicly released “Safety Report,” which noted that the firm provided a total of 2.3 billion trips in those two years.

About 56% of the alleged assaults were reported by riders and 42% by drivers, the report said.

On Monday, the California Public Utilities Commission imposed the massive fine on Uber and accused it of defying judges’ orders to produce information about sexual assaults and sexual harassment during its rides.

Uber on Tuesday noted that its safety report, which also included crash, fatality and homicide data, was an industry first. “Since then, the (commission) has been insistent in its demands that we release the full names and contact information of sexual assault survivors without their consent,” Uber said in an emailed statement. “We opposed this shocking violation of privacy, alongside many victims’ rights advocates.”

Uber opposed the order, arguing that untrained people would try to conduct sexual assault investigations, that Uber was being singled out, and that victims could be the witnesses and become traumatized or endangered by investigations, the commission’s ruling said.

A commission judge then ordered Uber to provide the sensitive information under seal, to protect privacy, the ruling said.

In January, Uber provided information that hadn’t been in its report — that it had received 1,243 reports of sexual assault and sexual harassment in California in 2017 and 2018 — but the company objected to a number of questions asked by the judge concerning Uber employees and witnesses to reported incidents, the ruling said. Uber continued to refuse to provide the details it had been ordered to produce, the ruling said.

Although Uber recognizes the commission’s jurisdiction over consumer safety in transportation services, “it has simultaneously inserted a series of specious legal roadblocks to frustrate the Commission’s ability to gather information,” the ruling said.

“Uber’s effort to frustrate Commission oversight of the particulars of sexual assault and sexual harassment claims is also troubling given Uber’s professed desire to provide the safest transportation services.”

The ruling said Uber — valued at $90 billion in the stock market — “can easily afford” the $59 million penalty imposed because of the firm’s “defiance of the Commission’s regulatory authority.”

Uber decried the commission’s imposition of the fine after changing its demands. “The (commission) has changed its tune: We can provide anonymized information — yet we are also subject to a $59 million fine for not complying with the very order the (commission) has fundamentally altered,” the company’s statement said.

“These punitive and confusing actions will do nothing to improve public safety and will only create a chilling effect as other companies consider releasing their own reports. Transparency should be encouraged, not punished.”

If Uber doesn’t pay the fine and provide the information, its license will be suspended until it does, the commission ruled.