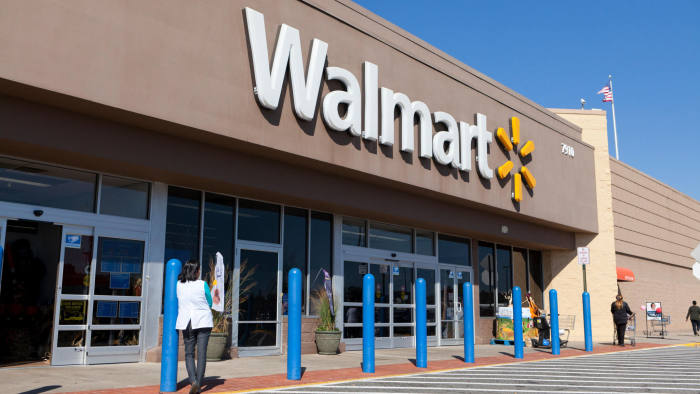 Walmart Inc. is cutting paid leave in half for workers who test positive for Covid-19 or have to quarantine after exposure to the virus, offering only one week through March 31 rather than two.

Employees who catch Covid and are unable to return to work after a week may be eligible for pay replacement for as long as 26 weeks, a company spokeswoman said. The reduction in paid leave was reported earlier by Reuters.

The change is “in alignment” with current guidance from the U.S. Centers for Disease Control and Prevention, Walmart said in a memo to employees dated Jan. 4. The CDC in December  reduced its recommended quarantine and isolation periods in most cases to five days from 10 days. The new recommendation hinges on whether people exhibit symptoms after that five-day period. The CDC also issued new recommendations that people who have received a Covid-19 vaccine booster and are exposed to the virus do not need to quarantine if they wear well-fitting masks and do not show symptoms.

Already, there has been pushback on the new CDC guidance by workers and their advocates. In a statement issued on Dec. 28, President of the Association of Flight Attendants-CWA International Sara Nelson expressed concerns that the shortened guidance may result in employees returning to work before they are completely recovered, or otherwise being pressured to do so by employers.

A January 2021 survey found that the pandemic has influenced business sentiment toward federal paid leave, with 75% of U.S. and U.K. respondents saying they support the idea of a government plan for future health crises. Over 190 companies  co-signed a memo in March 2021 asking congressional leaders to pass federal paid family and medical leave policies.

Walmart, the largest private-sector employer in the U.S., with about 1.6 million workers, also reiterated that employees who become fully vaccinated can receive a $150 payment for doing so. The incentive is available through Jan. 31.