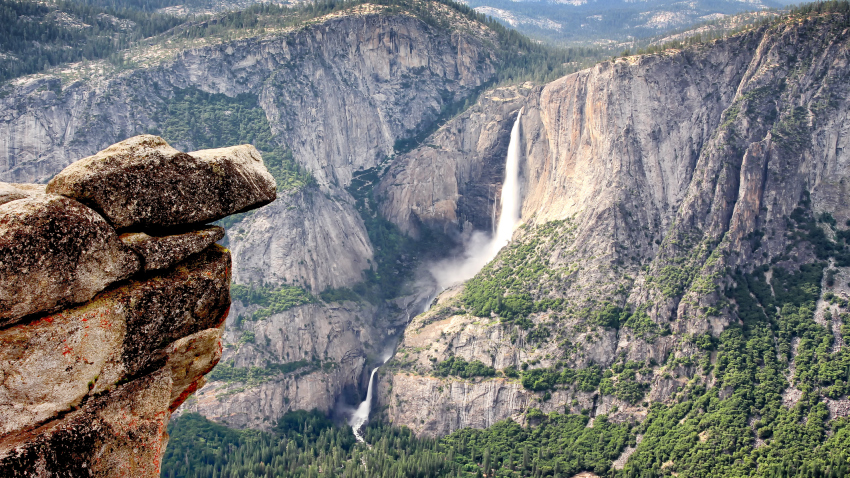 While most of the country was focused on the results of the U.S. presidential election early Wednesday, the 34-year-old began to scale El Capitan, the San Francisco Chronicle reported Friday. She reached the top 21 hours, 13 minutes and 51 seconds later. Only three people — all men — have made the free climb on that route in a day.

Free climbers use ropes to catch them if they fall, but not to help them ascend.

El Capitan is one of the world’s most famous climbing spots. It has been a proving ground for the best climbers for decades in the national park, which many consider the birthplace of modern rock climbing.

Harrington had climbed a particular route on the wall, called Golden Gate, many times, but never in a single day. Nearly a year ago, she endured a scary fall and was taken to the hospital with injuries. She vowed to try again and spent months training in her home gym in Tahoe City, California.

This time, she ascended with the assistance of her boyfriend Adrian Ballinger, a renowned Mount Everest guide, and Alex Honnold, famous for his unprecedented free solo climb of El Capitan. They were tied to the same rope.

When Harrington reached one of the route’s most difficult sections, her foot slipped and she fell sideways, hitting her head into the granite wall.

“Blood just started pouring down her face, dripping onto me at the belay,” Ballinger told the Chronicle. “We immediately thought her day was done. It was a wild, scary flashback to last year’s fall.”

But after taking an hour-long rest and bandaging her wound, Harrington continued.

“There was a part of me that wanted to give up and quit,” she said. “But this other part of me was like, this is why you’re here. It’s supposed to be hard. You owe it to yourself to try again.”

Being the first woman to achieve the feat in the male-dominated sport mattered to her, she said.

“I spent a lot of years feeling like I didn’t belong, like maybe I hadn’t earned my place to be a Yosemite climber,” she said. “But throughout this experience I learned that there is no belonging or not belonging, no formula to achievement up there. I was creative and experimental and I found my own way.”