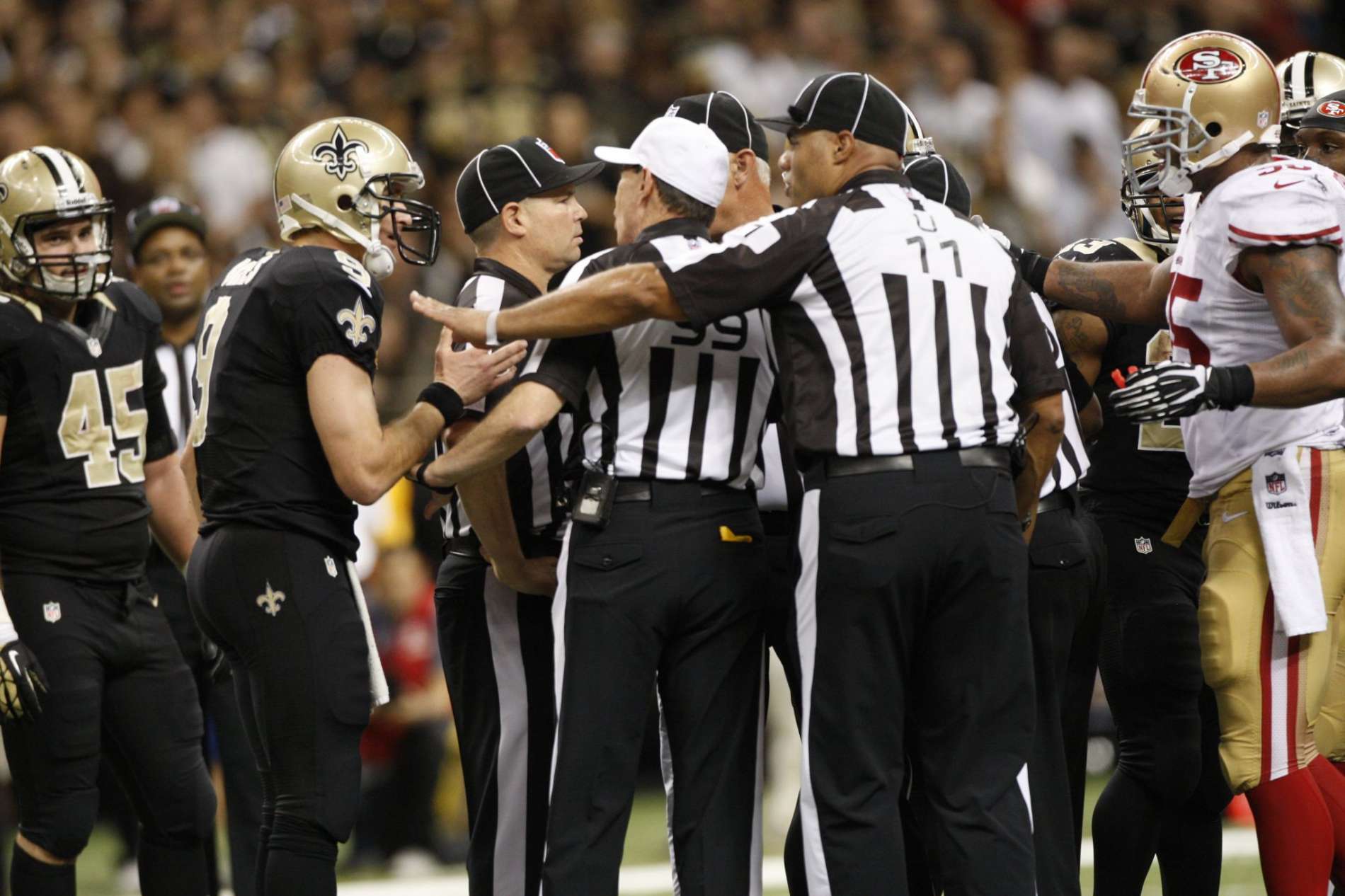 This Sunday, New Orleans Saints quarterback Drew Brees will face the San Francisco 49ers for the 11th time in his storied career.

It’s not easy to pass double-digits in starts against a nondivision opponent, unless you’ve played in the NFL since 2001, as Brees has. He’s also been quite successful against the Niners, sporting a 7-3 record.

Last year’s game versus San Francisco certainly had the most fireworks out of the 10 Brees-49ers meetings to date: The Niners won 48-46 in an endlessly entertaining shootout. But the most consequential Brees-49ers contest was in 2013. It ended with a field goal after a controversial call, which led to some barbs about Brees’ height — and it quite possibly changed the outcome of the entire 2013 season.

San Francisco kicker Phil Dawson made it 20-14 early in the fourth quarter, and New Orleans kicker Garrett Hartley narrowed the deficit to 20-17 midway through the final juncture. The pivotal play came with roughly three minutes remaining — on a third-and-two play just inside San Francisco territory, Brees dropped back to pass and was promptly smacked to the turf by linebacker Ahmad Brooks. Brees fumbled, the Niners recovered, and the game looked more or less out of reach for New Orleans.

Except there was a penalty flag. Brooks was called for unnecessary roughness because he lunged at the quarterback and hit Brees above the shoulder area. Brees actually had a bloody chin from the hit. The 49ers protested the call to no avail. The Saints soon converted a field goal to take the lead, then knocked in the game-winning kick as time expired.

The call against Brooks quickly became a national story: Is the NFL overprotecting quarterbacks? Was this even deserving of a penalty? You can judge for yourself below; the footage is overlayed with a WWE announcer.

What’s indisputable is the hit certainly didn’t look good. San Francisco’s counterargument sounds silly, but wasn’t that crazy: Brees, listed generously at 6 feet tall, sustained an awkward-looking tackle specifically because of his short stature, and Brooks, 6 foot 3 inches, hardly did anything malicious. 49ers linebacker NaVorro Bowman pushed this theory after the game while also chopping a foot off Brees’s height.

“A guy’s momentum takes him to a 5-foot quarterback,” he said. “The only way to get him down was to let him raise his arm.”

Brooks was later fined almost $16,000 for the hit, which he appealed successfully (though the NFL reaffirmed the call was correct). San Francisco finished the season on a six-game winning streak, which sounds like a relatively happy ending after all.